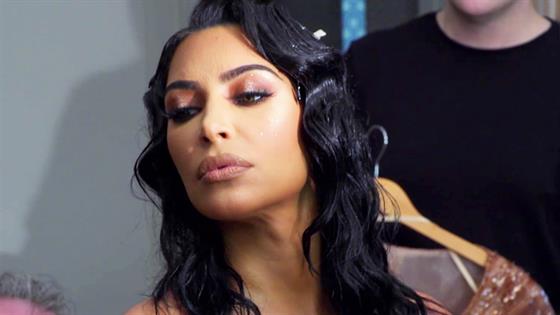 The mom of three didn’t name names during Sunday’s new Keeping Up With the Kardashians. But after realizing some of her belongings had gone missing and later identifying the culprit as a household employee who spent time “alone” with Mason, Penelope and Reign Disick for a couple of weeks, she seemed to confirm the rattling domestic heist was an inside job (new nanny?).

“This lady stole $700 out of my wallet,” she told Khloe Kardashian and family friend Stephanie Shepherd, days after her assistant Megan first noticed what seemed like a significant amount of cash MIA. And it turned out that was hardly the half of it.

In addition to swiping another $4,500 from her ex Scott Disick, Kourtney suspected the woman also made off with one of her iPads, since she was unable to locate the device and didn’t imagine that was a coincidence.

“Then, my security who’s here today said he’s seen her two times with her flashlight on in the office,” the Poosh founder continued, calling the incident “insane” and swearing, “She’s never coming here again.”

“No s–t, Sherlock!” Khloe exclaimed, pointing out that the unnamed looter has been “around” her sister’s children and stealing from their mother probably isn’t a great sign of moral responsibility. Oh, and according to intel from Kourtney’s informant, the woman “also hacked everything.”

And creepy as it was to watch her uncover what sounded like a comprehensive cyber invasion by someone she trusted, the most knuckle-whitening piece of information came from Kourtney a second later, when she nonchalantly revealed to Khloe and Stephanie that the robber was legitimately “downstairs” in the house with them. Khloe, for her part, was dumbfounded and urged the eldest Kardashian sibling to “stand [her] ground.”

“Go say something to her!” cried the Revenge Body host, as Kourtney ventured from her bedroom to the first floor and then out into the driveway with Stephanie by her side. KoKo lagged behind for a second and spent the subsequent few catching up while shouting, “This is so good. This is better than Real Housewives!” We love you, KoKo. 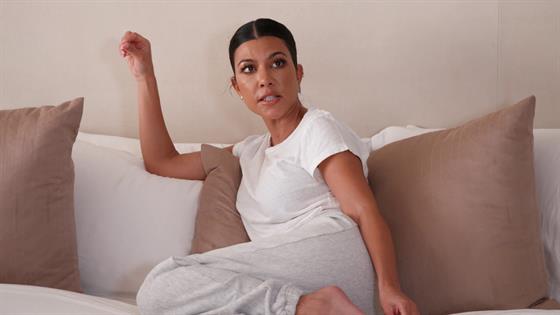 The reality TV moment pressed on, as Kourtney ran out to the front gate at the same moment her pickpocket was literally vroom-vrooming away. “Oh my god,” she sighed, before dialing Kris Jennerand promptly making her way back upstairs. Addressing Megan with admirable composure, she dictated an itemized list of immediate next steps, which included changing the family iTunes password, debugging the house and disconnecting any and all devices from her personal cell phone.

“And next time, we’ve learned a huge lesson,” she finished, adding that from here on out, no one can “step foot” in the house without providing their “social, name and address.” And though the situation understandably shook everyone up a little bit, it didn’t sound like Kourtney or Scott lost sight of the fact that Mason, Penelope and Reign’s safety was really all that mattered.

“At the end of the day, at least she wasn’t doing anything around the kids,” noted the Flip It Like Disick star when he stopped by after the getaway, and Kourtney agreed the most important takeaway was that “she’s out of here.”

After filing an official police report and allowing Khloe to guide both her and Kris through an herbal house cleansing—”it’s never a bad idea to sage the house…once a year,” according to the Good American boss—Kourtney was ready to ditch the woman’s “bad vibes” and move on.

“If they’re not here to elevate, make sure they get on the elevator out of here!” Khloe cracked, waving her sage stick.

“Only allow positive people into our lives!” Kourtney chimed in.

Watch a brand new episode of Keeping Up With the Kardashians Sunday at 9 p.m., only on E!