The Kardashian family has always loved everything glitz and glam. Since they were young, the Kardashians and Jenners have been exposed to tremendous wealth; Robert Kardashian was a very well-known lawyer and entrepreneur in Beverly Hills, and Caitlyn Jenner was a famous Olympian. The Kardashian-Jenners grew up with money, but now that they’re making some of their own, they’re sure to throw the best parties and celebrations. And Kylie Jenner just showed fans how extra Kim Kardashian West is about her birthday. 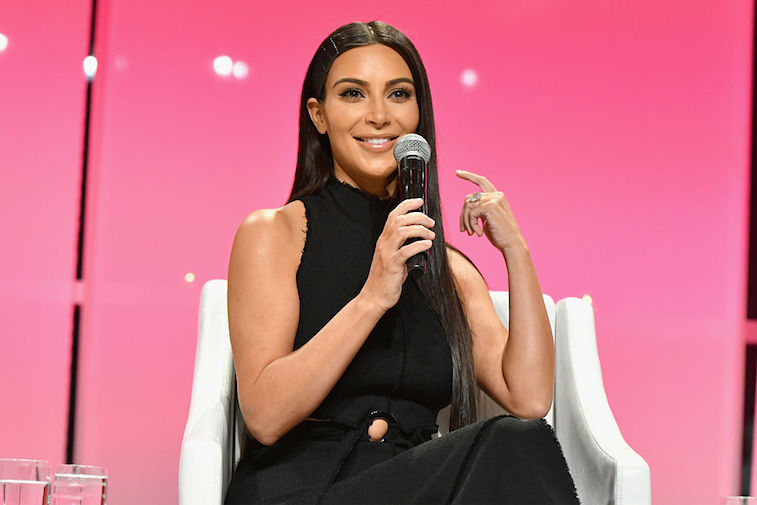 It’s been more than a dozen years since the Kardashian family first rose to fame with their reality television show, and we’ve been following Kardashian West’s life ever since. Back in the mid 2000s, before she was too well-known, Kardashian West was always stepping out with then-bestie Paris Hilton, and once Keeping Up With the Kardashians premiered on E!, things only went up from there. Now, 12 years later, Kardashian is celebrating her 39th birthday. And as usual, she’s celebrating with plenty of balloons and decorations.

Since we first got to know Kardashian West, she has always been extra. The Kardashian sisters have always loved nice things, and Kardashian used to show off every expensive item she owned. However, she received a new outlook on life when she went through her traumatizing Paris robbery; she has since said she no longer cares about material things the way she values her family relationships and her children. But regardless, she still has plenty of money, so she loves going all-out all the time — especially for a birthday celebration.

Kylie Jenner posted an Instagram story that gave fans a sneak peak of Kardashian West’s birthday party, which took place on Sunday, October 20. It appeared that Kardashian-West had everyone over to her home for a birthday dinner, though the venue was never confirmed. In Jenner’s video on her story, she showed the dinner table that Kardashian set up, which was loaded with a massive balloon bouquet and had big “Happy Kim Day” letters down the center of the table. “Last night was so cute,” Jenner captioned the video. The table was complete with various decorations, and there appeared to be menus on each of the place settings. Kardashian-West will probably go all-out for her 40th birthday

The Kardashians do everything big. When Kourtney Kardashian celebratedher 40th birthday earlier this year, the entire thing was filmed for theshow. Fans got an inside look at how much went into her celebration, andKourtney is definitely more low-key than her younger sister. Next year,Kardashian West will celebrate her big 4-0, and it’s safe to say it willprobably be insane. Kylie Jenner recently had a massive Europe trip tocelebrate her 22nd birthday, so it’s hard to imagine what Kardashian West mightcome up with for next year’s party. Either way, we’re sure it will be completelyover the top.