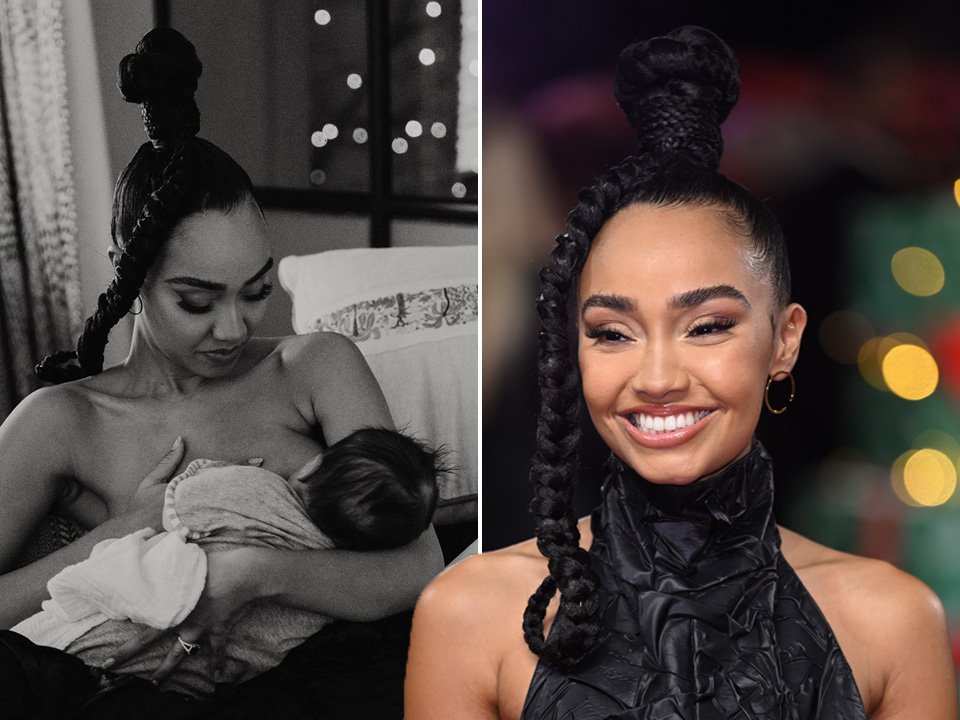 Leigh-Anne Pinnock has shared a picture of herself breastfeeding, posting an adorable snap of one of her baby twins.

The Little Mix star posted a series of snaps today from last night’s premiere of her upcoming movie Boxing Day at The Curzon Mayfair in London.

Alongside red carpet shots of herself and partner Andre Gray, and a picture of Leigh-Anne holding hands with bandmates Perrie Edwards and Jade Thirlwall was a photo of the star away from the limelight.

In the black and white photograph, Leigh-Anne can be seen holding one of her twins and breastfeeding them.

In the caption of the post, celebrating the night, the singer wrote: ‘What an overwhelmingly incredible night…

‘Watching back my acting debut and seeing little old me as a leading lady in a whole MOVIE!’ she continued before thanking Warner Bros. UK and her co-star and director Aml Ameen for ‘taking a chance on me’.

Many of her friends and colleagues flooded her comments to congratulate her on her movie debut as well as her looks as she sported a textured sleeveless black dress.

Leigh-Anne has mostly been keeping her family life private, after she welcomed the twins in August.

She has not revealed their genders or names to the public, but they occasionally make an appearance on her social media.

Last month, we got a glimpse of Leigh-Anne and her kids in a video she released to celebrate her 30th birthday.

In the short documentary about her big bash, we saw the singer get ready and share a sweet moment with her babies as she cooed and swooned over them.

Boxing Day, which is the first Black British Christmas movie, will be released in cinemas on December 3.

Leigh-Anne plays Georgia, a singer who is reacquainted with her ex-boyfriend, Melvin (Ameen), when he flies back home to the UK from Los Angeles for the festive period.

He’s accompanied by his new fiance Lisa (Aja Naomi King) but it’s clear there is still some unfinished business between him and Georgia.

Speaking about her acting debut, Leigh-Anne explained how she found it daunting to perform on her own for the first time without Little Mix.

Talking to Metro.co.uk, the Sweet Melody hitmaker revealed: ’I just remember stepping onto the stage on set and I was so scared.

‘I haven’t stood on my own and sang in 10 years so it was such a scary moment. It was wild.’