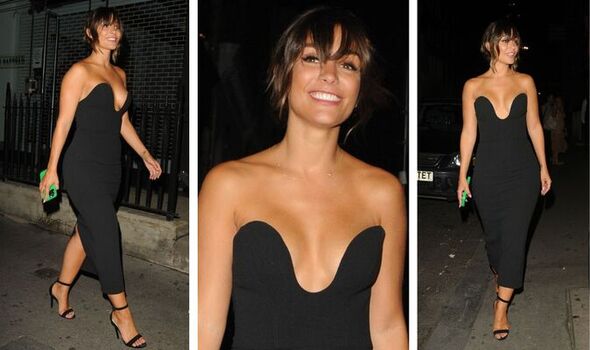 Frankie Bridge steps out at the ITV summer party

Frankie Bridge, 33, stunned as she showed up at London’s plush Sanderson Hotel in a strapless, black bandage dress which scarcely covered her voluptuous bosom.

The Loose Women star had been attending ITV’s annual summer party when she almost incurred a wardrobe malfunction.

Though the Solace London branded dress skimmed her ankles, it also featured a revealing slit at the back of the skirt section.

The backless style showcased her slender waist and shoulders, while the peekaboo feature left little to the imagination around her chest.

Frankie shunned jewellery and kept her look simple, pairing the figure-flattering frock with a plain black pair of strappy heels to match. 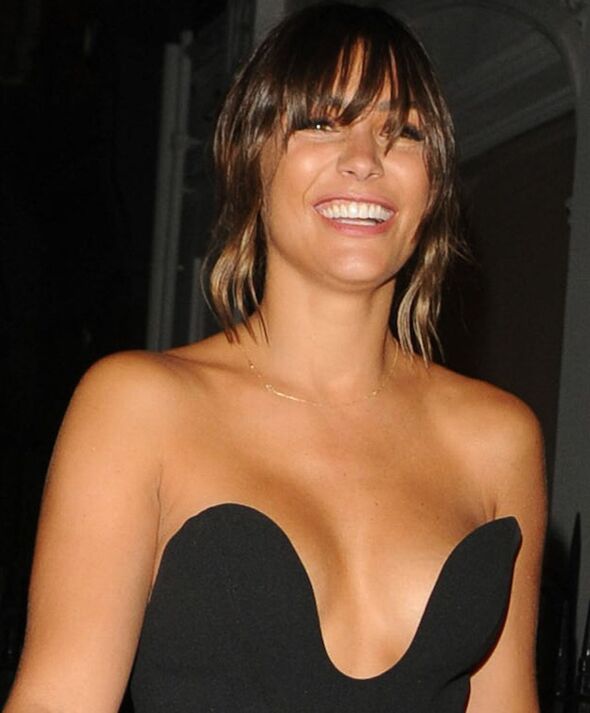 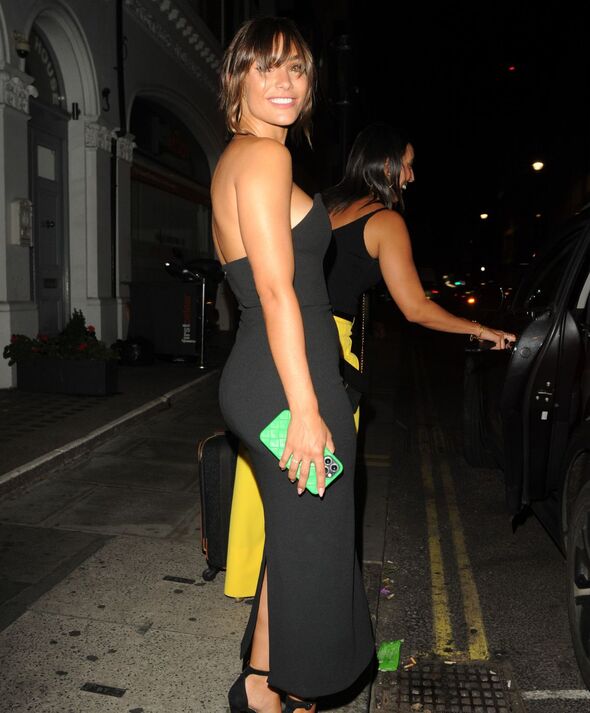 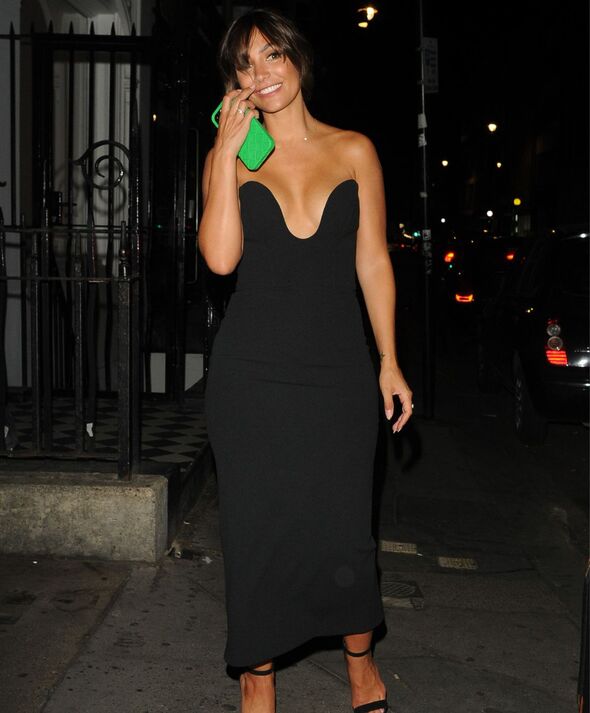 Frankie Bridge in her bandage dress

Frankie Bridge opted for an all-black outfit, with a splash of bright lime green colour provided by her phone, which she clutched throughout the night 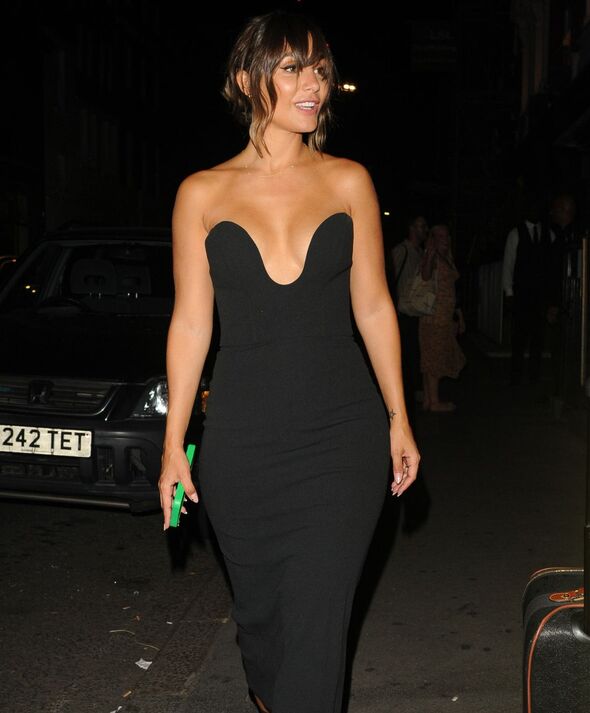 Frankie Bridge out on the town

Frankie Bridge was in high spirits as she posed for photos in the dress, which gave her figure a subtle hourglass appearance 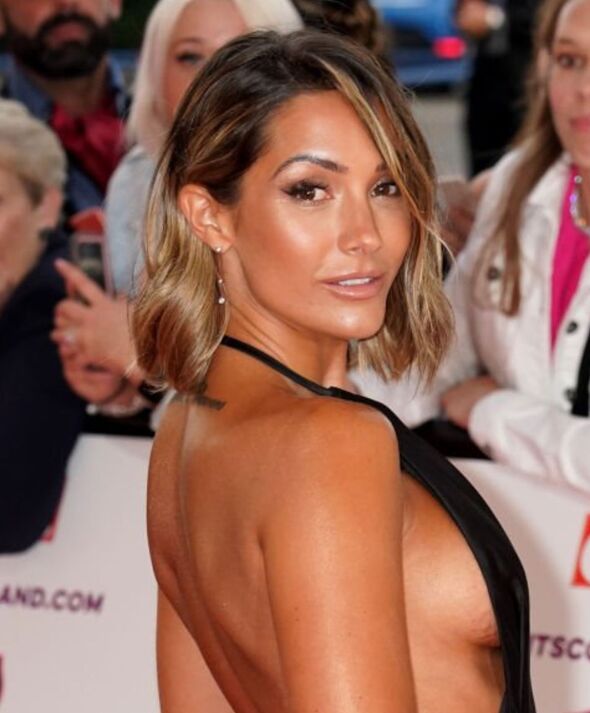 Frankie Bridge is no stranger to daring dresses

Frankie Bridge had previously opted for cleavage-baring dresses during her showbiz reign, including this one from an awards bash in 2021 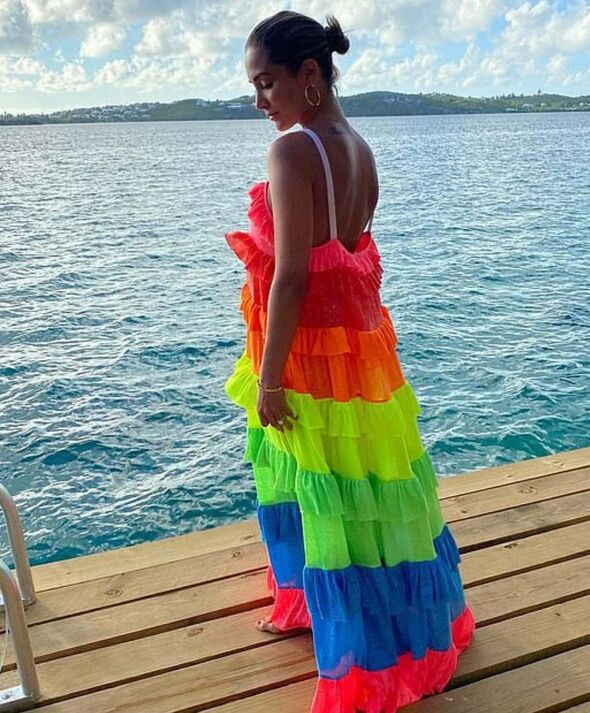 Frankie Bridge had just been on holiday in Bermuda when she showed up at the ITV party, a favourite destination that she has visited multiple times in the past