Lori Loughlin and Mossimo Giannulli were photographed walking alongside each other after touching down in Cabo San Lucas, Mexico this week, marking their second trip together since being released from prison.

Lori Loughlin, 56, and Mossimo Giannulli, 58, were getting ready for a few days of rest when they arrived in Cabo San Lucas, Mexico on June 17. The Full House actress and her husband, who were both released from prison less than a year ago, were able to go on the private getaway after they petitioned a judge to allow them to travel while on probation and were photographed touching down in the popular vacation location. She wore a light purple short-sleeved top and olive green pants while he opted for dark blue button-down short-sleeved shirt and dark-colored pants. Check out the pics HERE.

The married couple also wore hats to help shade themselves from the sun. Lori’s was a straw hat with a purple ribbon wrapped around the middle of it and Mossimo’s was a white baseball cap. The former also carried a large straw tote bag as she kept her head down while walking outside. 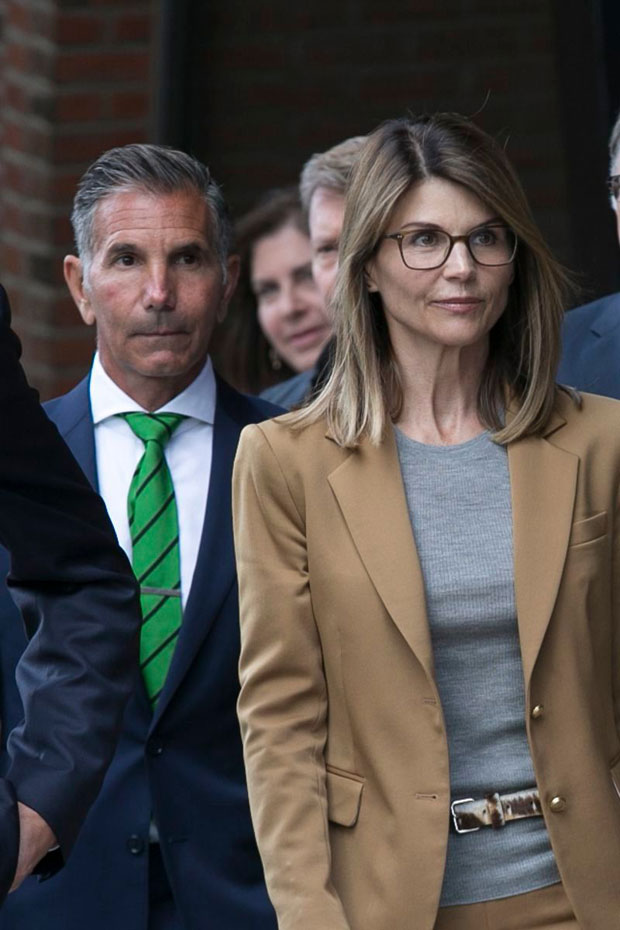 Lori and Mossimo’s trip to Mexico comes after they reportedly visited Madison Club, an exclusive country club, in La Quinta, CA. in late Apr., the same month Mossimo was released from prison. He was allowed to serve the last two months of his five-month prison sentence under house arrest before it officially ended on Apr. 16. Lori, on the other hand, served two months at a detention center in Dublin, CA and was released in Dec.

The headline-making husband and wife went to prison after pleading guilty to conspiracy to commit wire and mail fraud in 2020 for paying a half-million dollars to get their daughters, Olivia, 21, and Isabella, 22, accepted into the University of Southern California under the lie that they were crew recruits. The case became known as the college admissions scandal and involved many other wealthy parents, including actress Felicity Huffman, who paid similar amounts to get their children into schools. 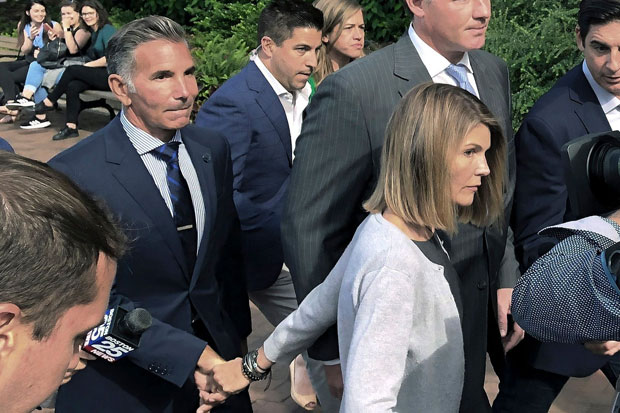 Before her latest outing with Mossimo, Lori was seen grocery shopping with her mother Lorelle Loughlin a couple of weeks ago, proving she’s seemingly trying to get back to her everyday life and put the scandal behind her.