The Republican representative indicated Rep. Ocasio-Cortez is “more than qualified” to debate, and observers agreed 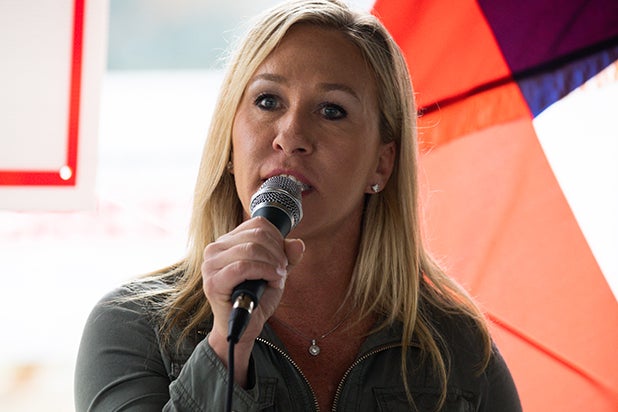 “I’d like to challenge you to a debate on the Green New Deal economic policy. Since you sponsored the Green New Deal and have a degree in Economics, I’m sure you are more than qualified,” the Georgia rep wrote to the New York counterpart on Twitter.

While Ocasio-Cortez — a Democrat and prolific tweeter herself who has over 13 million followers on the app — did not respond, a number of political observers and commentators weighed in on her behalf, saying that Ocasio-Cortez was “too busy” to engage with someone “desperately trying to be relevant.”

Political satirist Jeremy Newberger wrote, “I imagine AOC is busy with her committee assignments,” referring to the fact that Taylor Greene had her own committee assignment stripped away in February after her past conspiracy-minded comments and calls for violence against Democrats resurfaced.

Screenwriter B. Janine Morison echoed that, writing, “AOC is too busy working to waste her time with a Congresswoman who has been removed from all committees. MTG is desperately trying to be relevant when she just a horse who has been put out to pasture. AOC has real work to get to unlike MTG who has NOTHING of value to offer.”

Comedian Amber Ruffin rewrote a news headline, tweeting, “Marjorie Taylor Greene challenges Alexandria Ocasio-Cortez to use her popularity to help her get attention.”

“Star Trek” actor George Takei resurrected a long-standing joke about one of Taylor Greene’s wilder conspiracies regarding Jewish space lasers, tweeting, “I’d like to challenge you to a debate on space lasers. You take the Jewish ones, and I’ll take the ones on the Enterprise.”