‘The Departed’ actor started getting his son ready to hit the road a few years early by teaching him how to drive a golf cart.

You can never start them too young! Mark Wahlberg, 50, gave his pre-teen son Brendan, 12, his first driving lesson on Saturday August 7, while the duo enjoyed some father-son time on the golf course. Mark shared a video of the lesson he was giving the youngster on his Instagram. It was a cute moment between the actor and his little one, as they relaxed over the weekend!

Mark explained his philosophy on driving lessons, as he turned his camera over towards his son. “The best way to learn how to drive is to start on the golf cart,” he said. “This boy knows how to drive.” As he put the camera up close to his son’s face, Mark quickly gave the number one rule of driving: don’t let anything distract you while you’re behind the wheel. “Watch the road, not the camera,” he told his son.

Even though it was Brendan’s first time driving, the Other Guys actor said that his son was getting the hang of it. “First driving lesson with dad: he’s good,” Mark said in the video. He also complimented his son’s skills in the caption. “The kid’s a natural,” he wrote, adding a heart emoji. It looked like the driving lesson was only part of the day that Mark and his son had together. The actor also posted a video of himself and Brendan opening up packs of baseball cards together, and it looked like they were wearing the same outfits as they had on the golf course. 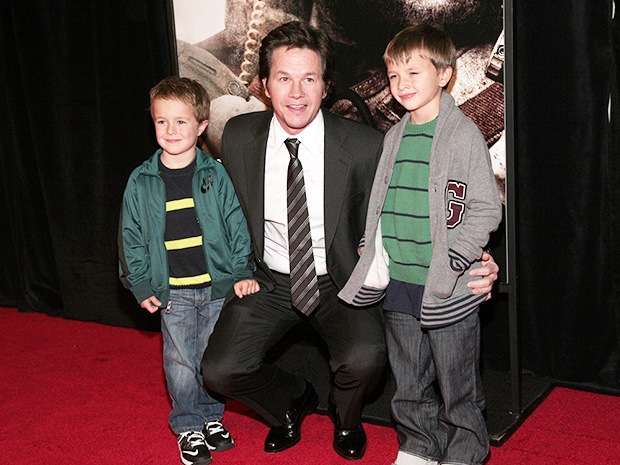 Brendan is Mark’s second son, and the third of four kids that the actor has with his wife Rhea Durham, who he’s been married to since 2009. The couple has one other son, Michael, 15 and two daughters Ella Rae, 17, and Grace, 11. Mark has spent a lot of quality time with his kids recently. He was photographed alongside Michael, while the family went out for dinner in mid-July, and he also posted a photo of himself playing with his three younger kids in the pool.