A double date for the ages! After the MTV Music Video Awards wrapped on Sunday night, Machine Gun Kelly, 31, and Megan Fox, 35, were joined by Travis Barker, 45, and Kourtney Kardashian, 42, for a low-key dinner date in New York City. The two power couples all swapped out the ensembles they wore at the star-studded event for new attire, and they looked to be enjoying themselves while chatting over food and drinks. 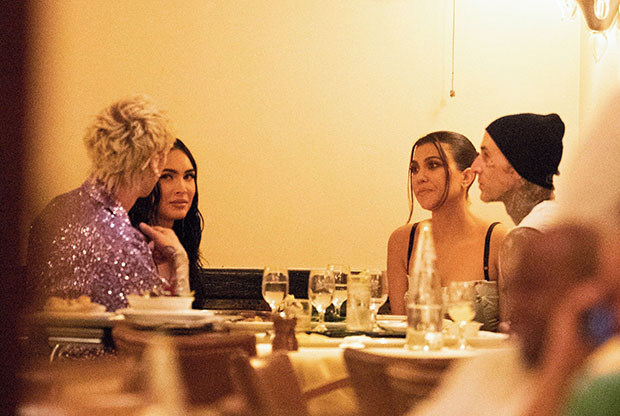 Unsurprisingly, MGK (real name Colson Baker) had the most creative and over-the-top getup on for dinner. The “Wild Boy” singer, who performed alongside Travis at the VMAs, dressed in an all-purple ensemble that included a glittery shirt and pants for the double date night. Meanwhile, Megan looked super sexy in a silver minidress and heels, and had her long brunette locks flowing past her shoulders.

On the flip side, Travis dressed a bit more casually for the outing than Kourtney and their famous pals did. The Blink-182 drummer wore a white tank shirt, black pants, a beanie and black shoes, while the Keeping Up with the Kardashians star sported a blue floral top, black leather pants and red heels. Talk about an epic date night! 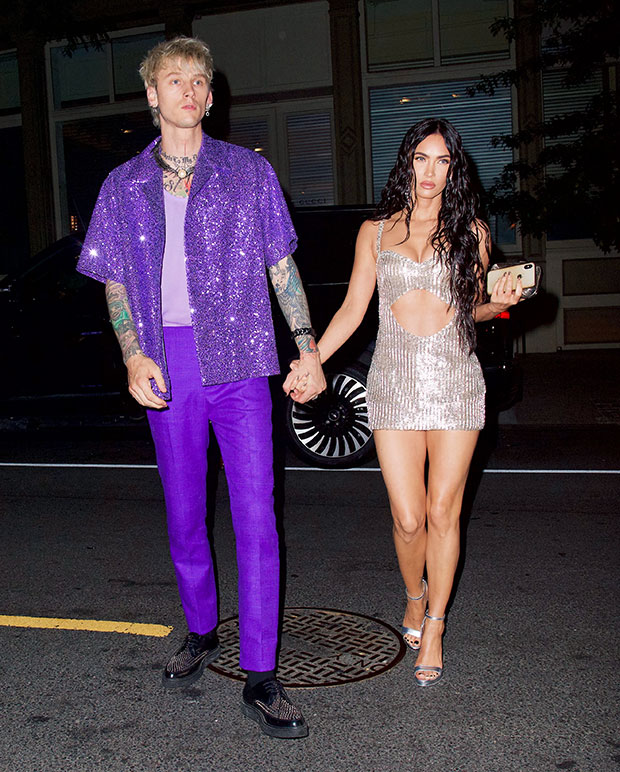 The 2021 VMAs seemed to be a great night for all four A-list stars aside from the fact that MGK allegedly got into a scuffle with Conor McGregor, of course. Kourtney and Megan both turned heads as they packed on the PDA with their guys on the red carpet, and then later introduced their musician beaus before their performance. “New York, I need you to get extra loud for our future baby daddies,” Megan said, while Kourtney continued, “Machine Gun Kelly and Travis Barker!” Later on, MGK took home the award for Best Alternative Video for his song “My Ex’s Best Friend.”

As fans know, both couple are constantly getting hot and heavy in public. MGK and Megan started dating last year after the Transformers actress split from husband Brian Austin Green, with whom she shares three children. Kourtney is a mom of three as well from her relationship with ex Scott Disick, and she’s been happily in love with Travis ever since their romance began in early 2021. The two couples have hung out numerous times before, most notably for the UFC 260 in Las Vegas back in March. Following that event, a source told HollywoodLife that Kourtney and Travis throughly enjoy spending time with MGK and Megan.

“They do dinners at home or hang out in the studio all together. It’s cute because they’re both in such happy relationships. so it’s very lovey dovey,” the source said. A second insider added, “They all have the same interests and love living life. They are legitimately all friends with each other.”