Meghan Trainor’s new album, Takin’ It Back, is finally coming out in two weeks. I feel like we’ve been talking about it for so long. One of the subjects of the album is Meghan’s new life as a working mom. She’s mom to 19-month old Riley, her son with Daryl Sabara. We know much about her relationship with Daryl and her life with Riley because Meghan is filter-less. And it’s lovely that she wants to share everything with us, but there’s a vulnerability to Meghan that sometimes I wish she wouldn’t expose so much to us. She gave yet another no-holds-barred interview to romper to promote the album. She talked about both her future babies, of which she wants to have two or three more, and the one she has. As we know, Riley’s birth was difficult, and he spent some time in the NICU because he didn’t wake up to feed. In this interview, Meghan admitted that she felt the nurses in the NICU were blaming her for her baby’s health issues because she took anti-depressants during her pregnancy.

She loves her life: I get to be a pop star during the day and then give my kid a bath at night? It’s like, pinch me.

She plans to home-school her kids: I want to hire a preschool teacher that will be able to teach emotions. How to handle it when you want to freak out and scream, because they don’t usually do that. And not to get dark here, but [in regular schools, you have to worry about] guns and all that stuff. I don’t really want to send my kids somewhere where I’m just like, ‘Hope to see you later!’ It’s horrible. Horrible. There’s all those victims’ parents thinking, ‘I never thought it would happen to me’ until it fucking does. Everyone tells me, ‘You can’t keep your kid in a bubble,’ and I’m like, ‘Oh, but I can.’

Her pregnancy was tough: I’d gained 15 Covid pounds before I got pregnant, so I felt massive, and my face was breaking out with a dermatitis, so it was like eczema all around my mouth. I had gestational diabetes, so I had to test my blood all day long. I was over it.

She felt judged in the NICU: They kept asking me if I was on antidepressants during the pregnancy, and I was, but on the lowest dose possible, and all my doctors said it was safe and wouldn’t affect him. It was really fucked up. They had no name for what was wrong. He just wouldn’t wake up. They said, ‘It’s really up to Riley when he wants to wake up.’ I’d be like ‘Really? Can’t you just zap him and get him up?

She panicked when Riley didn’t cry much his first month: We kept being like, ‘Uh oh, what’s up with him? Is this what serial killers are like when they’re first born? They never cry?’

She had a meltdown when Riley switched from saying ‘mama’ to ‘dada’: I literally had a meltdown over it. But you just take all the blame [when you’re a working mom]. Men don’t have that same feeling, and they’re shocked that we do.

Being superwoman is hard: All the wives, all these mamas, you can’t cry, you can’t be like ‘Today was fucking tough. Nope, you have to be like, ‘Everything’s perfect; we’re all perfect and happy.’ And it’s not easy. Women are just stronger and smarter. We make life, you know what I mean?

I mean, this interview is so raw. The interviewer had to reassure Meghan three or four times that she’d had similar experiences with her kids. And while Meghan is a young-ish mom at 28, she is surrounded by family and other moms. She talks about her famous moms’ group with Hilary Duff and Ashley Tisdale and how amazing and supportive they are. And her own mother lives 20 minutes away and works as Meghan’s assistant. Her aunt and uncle also work for her as a cook and landscaper, and we know her brothers live with her – at her insistence. You would think Meghan has reassurance everywhere she turns. But, raising kids is one of the scariest things and if you’re prone to self-doubt, it will amplify that tenfold.

I bring this up because I’m split on the NICU thing. Hormones wreak such havoc with a new mom right after birth, so I’m sure Meghan felt myriad emotions as her baby was lying in the hospital. If she and her doctors agreed she should be on anti-depressants, she did the right thing. The good news is Riley is fine and Meghan is looking forward to starting on giving him a baby brother or sister as soon as she can. 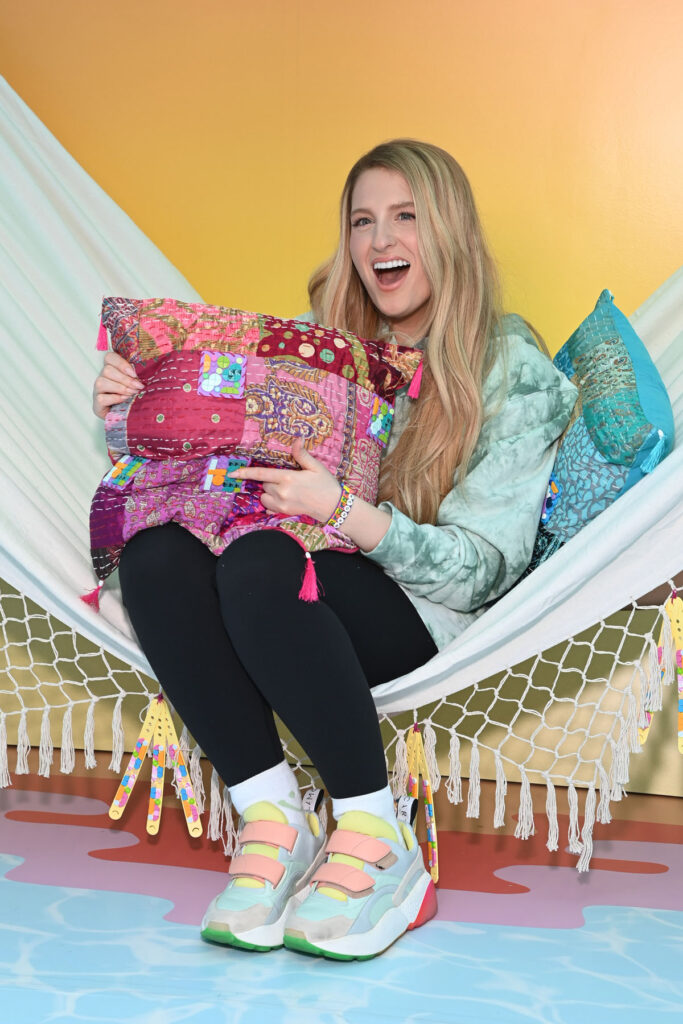