Someone get Miles Teller an ice pack. While having dinner in Hawaii, ‘Whiplash’ star was allegedly punched by an unknown man who claimed Miles owed him money!

Paradise felt a little less like so for Miles Teller on Wednesday, according to TMZ. Miles, 34 – who, along with wife Keleigh Sperry, spent time on Maui with Aaron Rodgers and Shailene Woodley – reportedly was at dinner at the Moneypod Kitchen when an unknown man assaulted him. According to TMZ, Miles excused himself to go to the bathroom, and that is when “a man confronted him and punched him in the face.” Miles and this alleged assailant reportedly then “got into it,” with Miles screaming that he would press charges. Miles and his wife then left the restaurant, and TMZ claims the Whiplash star “did not appear to be seriously injured.”

What prompted this alleged punch to the face? TMZ claims that the man who allegedly socked Miles in the jaw was a wedding planner, who contended that Miles owed him $60,000 for services he performed for Miles and Keleigh’s Hawaiian wedding in 2019. TMZ says its eyewitnesses claimed the man complained to Miles that he hadn’t gotten paid yet. TMZ also claims that local cops “confirm[ed] the incident went down Wednesday at around 7:30 PM.” No one was arrested, but the authorities are still reportedly investigating the incident. HollywoodLife has reached out to Miles for comment and will update this post with any new information. 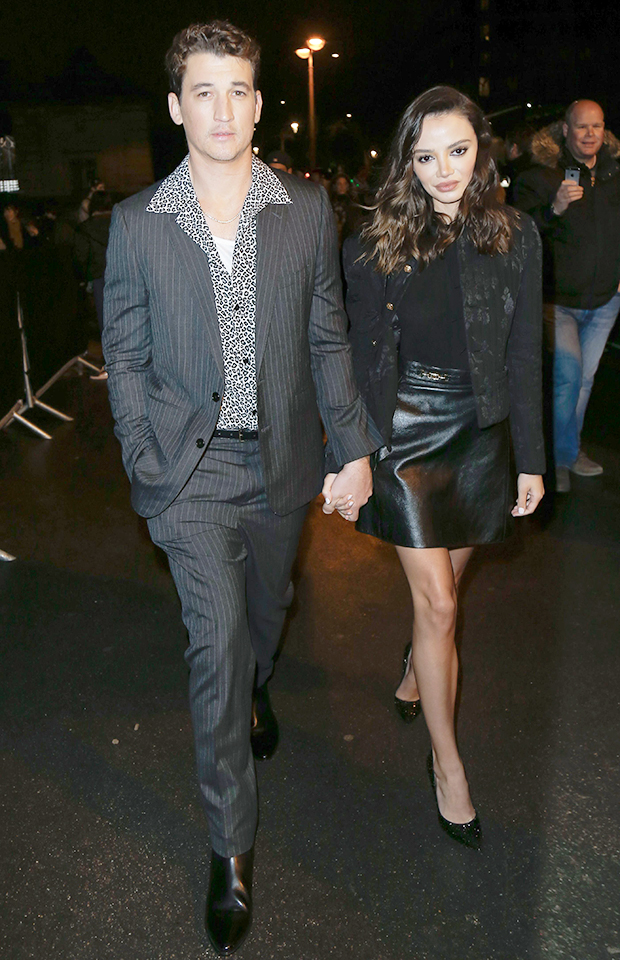 Before this alleged throwdown, Miles and Keleigh were enjoying Hawaii alongside Aaron, 37, and Shailene, 29. The couple has shared clips and videos of the Green Bay Packers QB and actress. Recently, Aaron (fresh off his stint as a Jeopardy! guest host) showed off his musical talent. In a video posted to Keleigh’s IG account, Aaron can be seen singing “The 1” by Taylor Swift while rocking a man-bun. “You are so cute,” Haylie Duff commented on the post, echoing the sentiment of many.

Before this Swiftie singing session, the group went cliff diving, swimming (“ponds with soulmates. thank you @zenobe for the best day of hiking these pool, wrote Keleigh), and got into some PDA during a karaoke session. Hopefully, this alleged assault doesn’t put a damper on this vacation.