Nina Wadia, 51, has admitted she was concerned about “turning into” her EastEnders character Zainab Masood, which played a big part in her decision to leave the BBC soap in 2013. The actress, who was cast as Zainab in 2007, explained that although she wasn’t “unhappy” while working on the series, her husband Raiomond Mirza wasn’t too keen on her character and how the role affected her personality at home.

Nina addressed the issue in an exclusive interview with Express.co.uk, as she recalled: “It was a huge decision [to leave EastEnders] because it’s not like I was unhappy there, I had a great time doing that show and it’s an iconic show to be a part of.

“They didn’t want me to leave, they loved the character and everything was going well, I had just got to a point as an actor where I’m just not one of those actors.

“I’m an actor who needs to be challenged and pushed a bit more, I missed the creativity of coming up with a new character, so it was a tough decision.”

Nina went on to reveal how playing Zainab on the long-running soap had an impact on her home life with her other half and their two children, Tia Nina and Aidan. 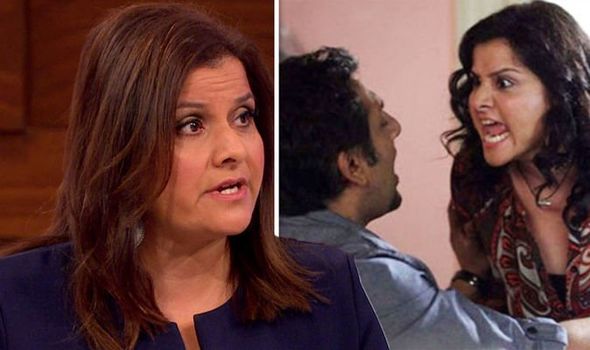 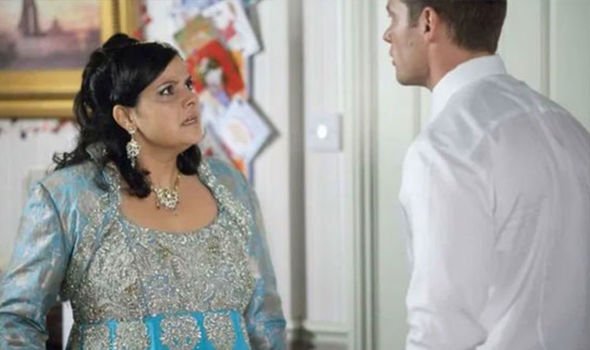 She added: “In all honesty, I was missing my kids growing up a bit too because they were very little at the time and EastEnders is a lot of work.

“It’s not like you just go to set, do your work, and then you come home, when you’re home you’re learning lines for the next day, it’s all-consuming so I kind of needed a break from it all.

“Also, I was turning into my character, to which my husband amazingly said, ‘I don’t like the woman so can I have my wife back?’ She laughed.

Nina explained: “That can happen, when you play a character for a very long time you sort of start to melt into the character a bit, so you need to get out. 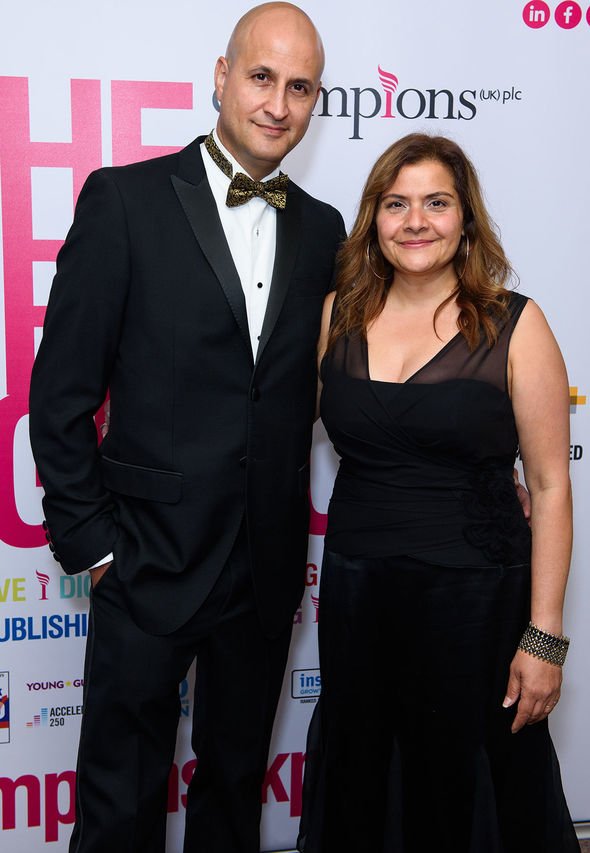 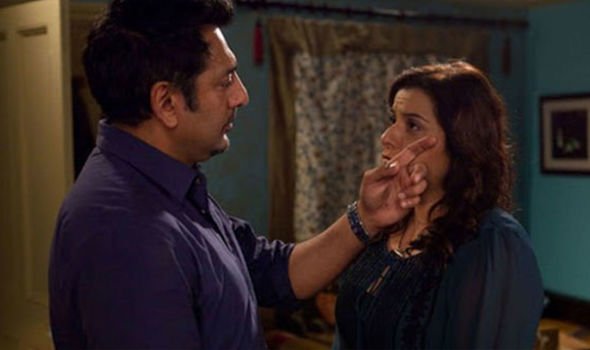 “I’m a positive person! So that was not fun,” the star exclaimed.

Nina’s character Zainab was at the centre of dramatic storylines on Albert Square.

She discovered that her eldest son Syed (played by Marc Elliott) was secretly gay and having a relationship with Christian (John Partridge) despite his engagement to fiancée Amira Shah (Preeya Kalidas).

Zainab was last seen on-screen in 2013 after reconciling with Masood (Nitin Ganatra), before he admitted he wasn’t happy with their relationship and called off their wedding.

After her departure from EastEnders, Nina divulged that she wouldn’t rule out making a comeback.

“But I just have to be free to do it because, touch wood, I’ve been very blessed that I had a comedy career going into the show, so that’s looked after me coming out because that was terrifying.

“I didn’t work for almost a year after I came out initially, as people told me I wouldn’t, because all the casting directors were saying, ‘Nah, she’s Zainab Masood’.”

In spite of her initial worries about finding work after EastEnders, Nina discovered that the show “did a lot” for her career.

She continued: “But luckily, no, in fact if nothing else, it actually lifted my profile which is great, a lot of things came out of it.

“It’s a great show to be part of, so as and when they need or want Zainab back, of course I’d go in. I had great fun doing EastEnders!”