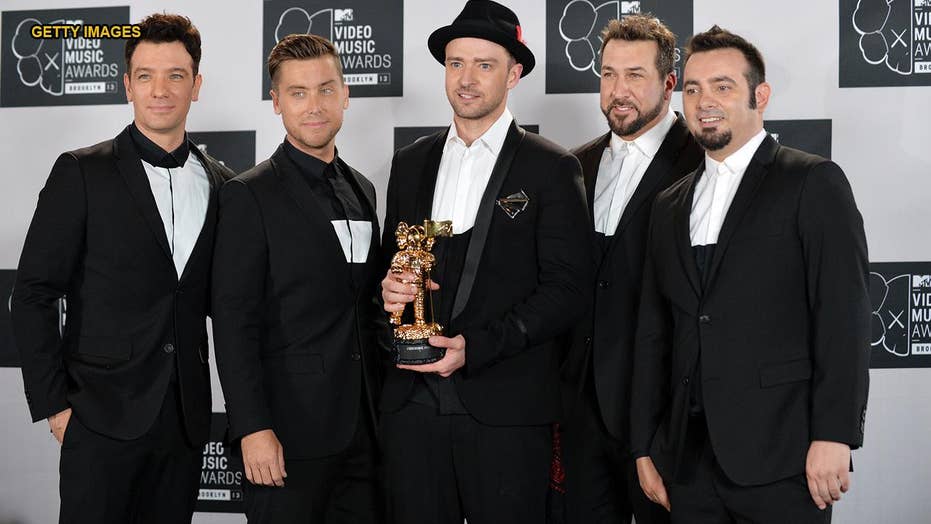 Joey Fatone says there’s no NSYNC reunion or Las Vegas residency being planned but ‘never say never’ to the possibility. The former teen idol is currently the host of a new game show called ‘Common Knowledge’ on the Game Show Network.

Former 'NSYNC member Joey Fatone announced he’s officially splitting up with his wife of nearly 15 years — and the news is tearin’ up hearts everywhere.

The singer, while speaking to Us Weekly at the Critics' Choice Real TV Awards in Beverly Hills earlier this month, revealed he recently filed for divorce from wife Kelly Baldwin.

“I was, at one point, married, and now I am separated, going through a divorce,” the 42-year-old told the publication, which reported he filed in Orange County, Fla., on May 13.

Fatone and Baldwin, a screenwriter, were married in 2004 after dating “on and off” for a decade, per Us Weekly. The two share two daughters together.

Fatone, a former “Dancing with the Stars” contestant, is now dating Izabel Araujo. Araujo attended the Critics' Choice Real TV Awards alongside Fatone earlier in June when the singer revealed the news of his divorce.