A bunch of free-spirited sex revelers had their good time cut short by cops in the Big Apple — an interesting contrast to another attempted New York bust gone bad.

The NYC Sheriff’s Office busted in and broke up an underground swingers club early Sunday morning in Queens … which is said to have been hosting upwards of 80 people — a big no-no under Gov. Cuomo‘s new 10-person-or-less rule. 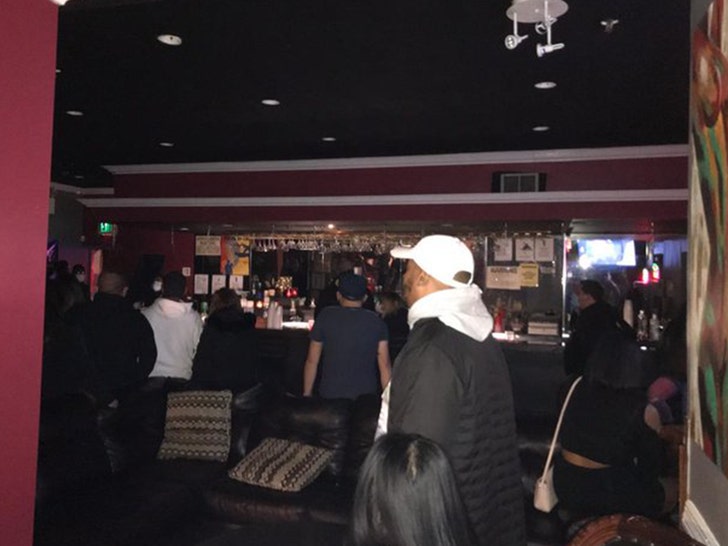 Sure enough, there was a rager going down — music was blasting and people were mingling and sipping on booze, which the Sheriff’s Office says was being illegally served. Oh, and there were some people making whoopee too … altogether.

The cops say they found three couples having sex in a small room — apparently, this swinger joint — which goes by Caligula, of all names — has services for that if you’re looking to get busy. The Sheriff’s Office even snapped a shot of one of those rooms, plus a price sheet going over rates, and what looks like a box of condoms! 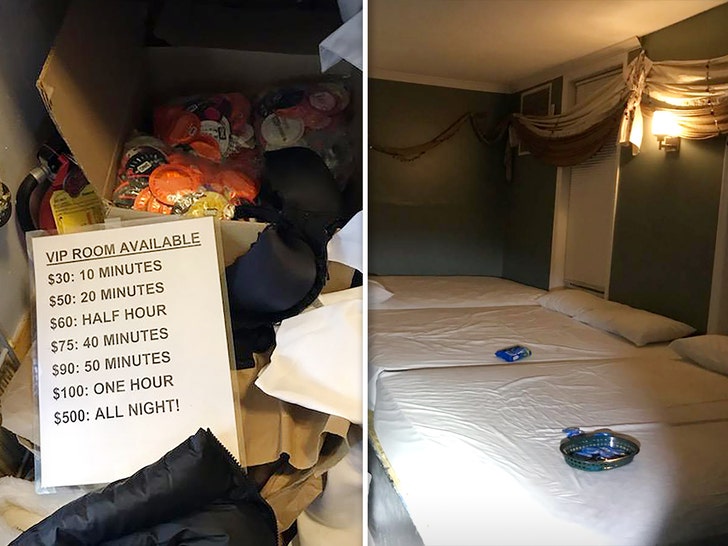 All in all, two organizers and one patron were were charged with misdemeanors — and the place was cleared out. The NYP reports that the manager was hit with lots of fines … which amounted to about $16,000 for violating emergency measures issued by the state. The guy reportedly also got dinged for booze infractions.

This is almost a complete 180 from what went down in neighboring Buffalo just the night prior — when Sheriff’s deputies and county health workers tried barging in on a packed business meeting to shut it down, only to get chased off by the mob.

Maybe the Erie County crew should call up the city boys and get a few pointers on how to go about handling these types of situations. Just a thought!