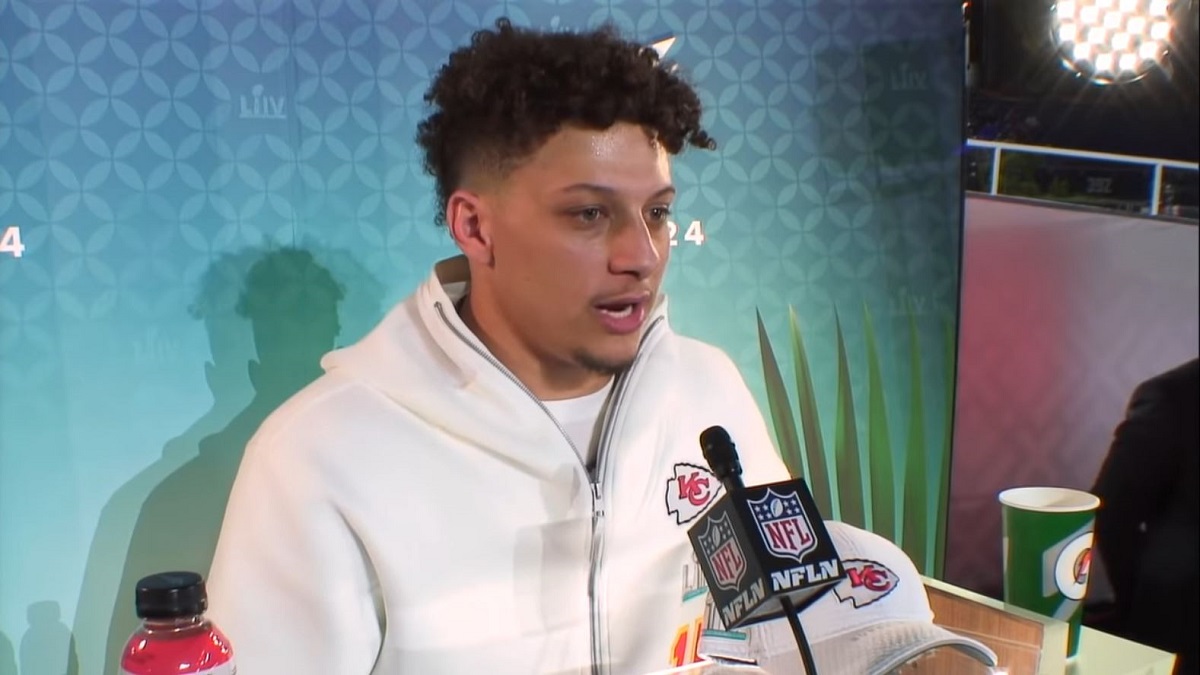 Kansas City Chiefs quarterback Patrick Mahomes and his fiancee Brittany Matthews announced on Tuesday that they are expecting a baby.

The social media posts included a photo of Matthews with Mahomes standing close behind her. The couple is smiling as he looks over her shoulder at an ultrasound photo of their baby she is holding.

She captioned the photo shared with her 677,000 Instagram fans:

“Mom & Dad, taking a small detour to the wedding.” 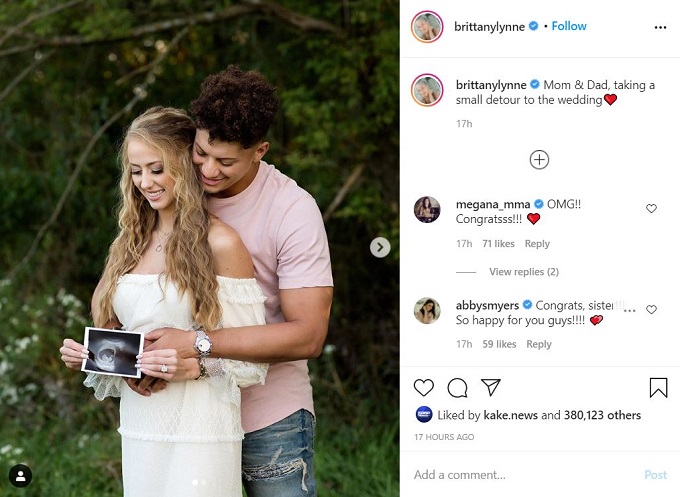 Mahomes also shared a close-up of the photo with his more than 3.8 million followers on Instagram.

Many of Matthews’ Instagram followers, including friends and celebrities, were delighted about the news and responded with congratulatory messages.

“I mean I thought it was gonna be hard for y’all to top 2020, but BOOM. A baby Mahomie??!?!?!!? Can’t wait. Love y’all,” wrote Kayla Nicole, the former girlfriend of Kansas City Chiefs tight end Travis Kelce.

“Y’ all are going to be amazing parents!” Tavia Hunt, the wife of Chiefs owner and CEO Clark Hunt, wrote.

The couple did not reveal whether the baby is a boy or a girl. However, people have been asking, and some fans have been speculating about the baby’s gender.

Mahomes and Matthews got engaged in early September

Matthews, 25, got engaged to Mahomes, 25,  earlier this month. He proposed to her after he received his Super Bowl championship ring at the Arrowhead stadium.

Mahomes played a role in the Chiefs’ comeback win over the San Francisco 49ers in Super Bowl LIV and was named Chiefs’ MVP.

Earlier in July, he got a half-billion-dollar, 10-year contract extension with the Chiefs.

Who is Brittany Matthews?

Mahomes and Matthews have been dating since they were at Whitehouse High School in Texas. They continued dating while he attended Texas Tech, and she’s always been one of his biggest fans.

She played soccer in high school and went on to play for the University of Texas at Tyler.

She graduated from the University of Texas in Tyler with a degree in kinesiology. She later played professional soccer for UMF Afturelding/Fram in Iceland. She signed with the team in 2017. 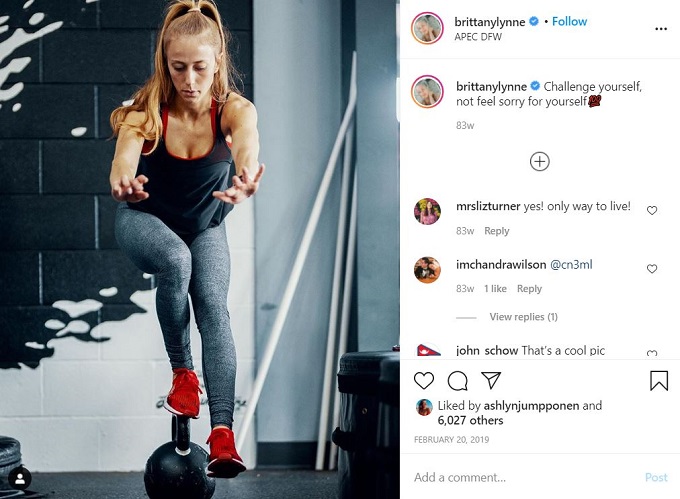 She returned to the U.S. after Mahomes joined the Chiefs, and since then, she works as a fitness instructor.