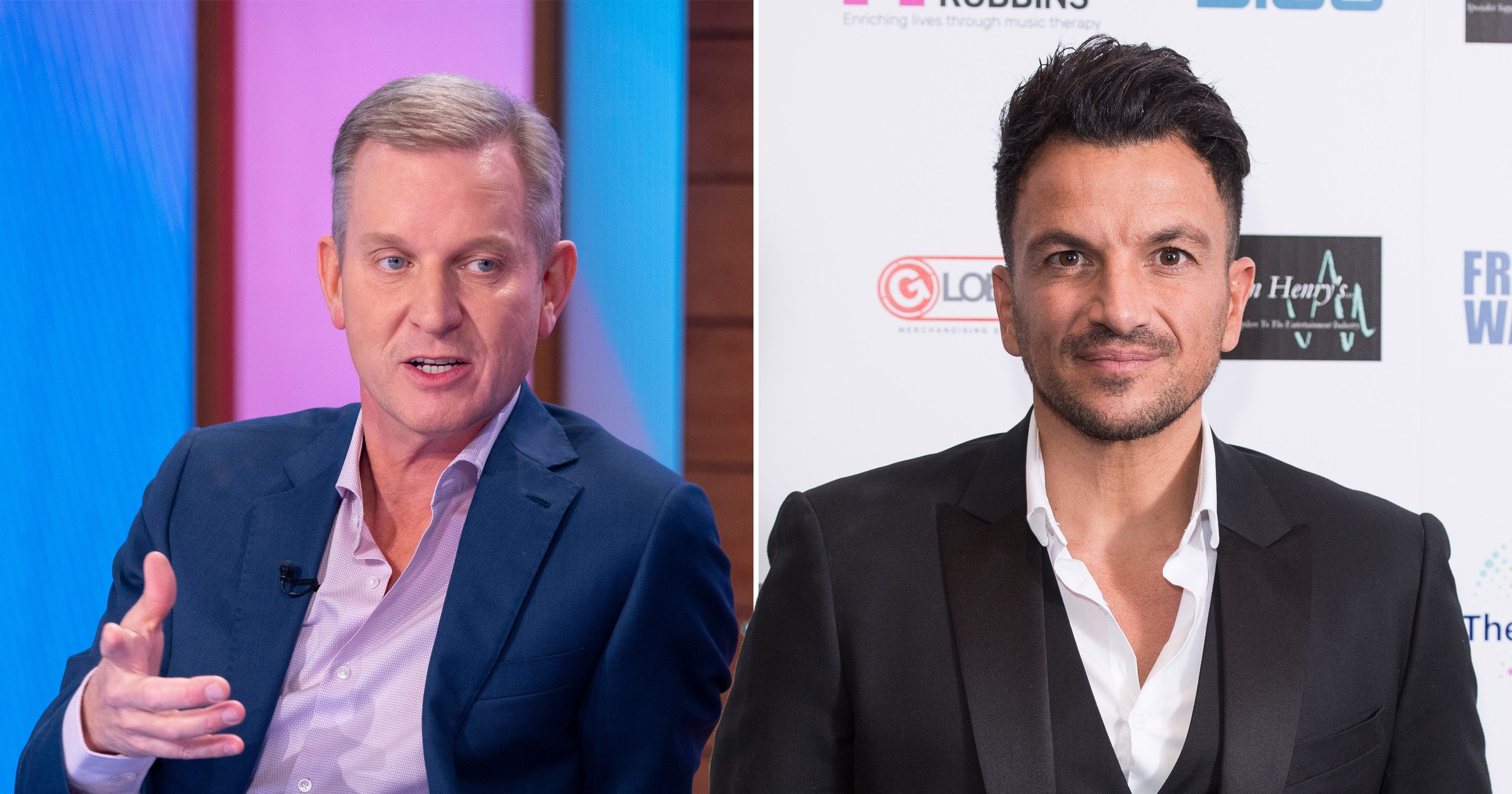 Peter Andre has spoken out in support of Jeremy Kyle, claiming he was ‘scapegoated’ and that ITV ‘should have protected him’ when his show was taken off air.

The Jeremy Kyle Show was axed following the death of Steve Dymond, a guest who had appeared on the series and who later took his own life.

As Kyle returns to the spotlight with his new radio show, Andre wrote: ‘I really didn’t like the way he was personally attacked and blamed at the time, so it’s not surprising he struggled.’

The Mysterious Girl hitmaker added: ‘In my opinion, the network should have protected him as he was made a scapegoat when one of his past guests allegedly took his own life’

He went on to reference Love Island and its stars who have taken their own lives – Sophie Gradon, Mike Thalassitis, and Caroline Flack.

‘There are other shows like Love Island who have lost people and the show is still on air. Jeremy is an amazing presenter and it’s great to see him doing so well and landing a new radio show,’ Andre added in his column for OK!.

An ITV source has told Metro.co.uk that the broadcaster has supported Kyle throughout and has remained in contact with him.

The Jeremy Kyle Show was pulled off air in 2019.

The TV star recently spoke out for the first time, opening up about his mental health battle, telling The Sun he was ‘completely devastated’ by what had happened.

The 56-year-old explained: ‘I used to think “get a grip” when some celebrities talked about those sort of problems.

‘But suddenly I realised first-hand you can’t always do that. I never thought they would affect me like they did.

‘That was a shock — but I’ve always said, “If you have a problem, admit it, and then seek the proper help”. So that’s what I did.’

He also referenced his past in TV on his new radio show.

‘It is really weird,’ he said, as he kicked off his comeback. ‘I have worked on television for 15 years, before that I had done a lot of radio, and I find myself today quite nervous. It has been a while.

‘I was walking around this morning and I thinking, “How do I start something like this? What do you say?”‘

He continued: ‘Let’s start by talking about the one thing people would expect me to talk about, which is what I did on television for 14 and a half years, that I am very proud of.