Piers Morgan, 54, announced he had secured a world exclusive interview with the US President whilst he is on a three-day trip to the UK.

But Piers said it got a little “feisty” as they chatted about all different topics including Brexit, the Royal Family and climate change.

“Just finished a 33-minute interview with President ⁦@realDonaldTrump⁩ in Churchill’s War Rooms – his only U.K. or US TV interview during his state visit. 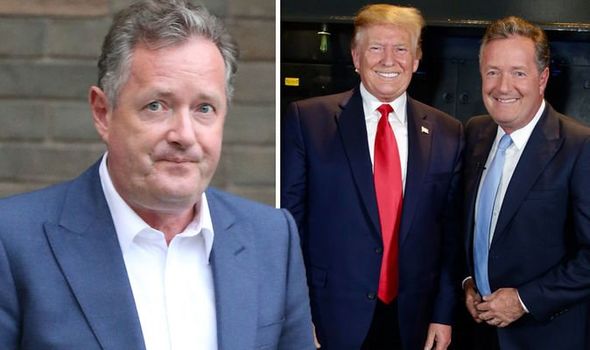 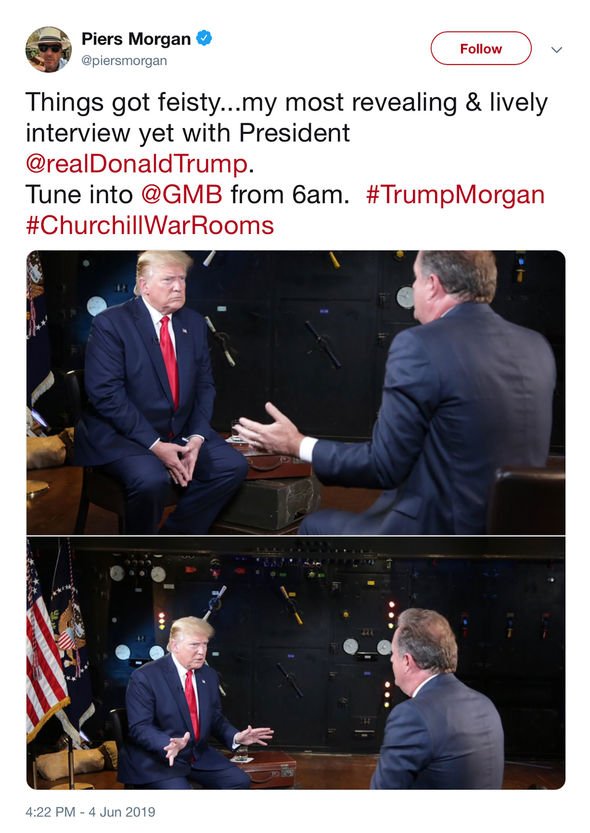 Things got feisty… my most revealing & lively interview yet

In a follow up post, the journalist added: “Things got feisty…my most revealing & lively interview yet with President ⁦@realDonaldTrump. ⁩

Piers went on to reveal a number of people who get mentioned in the interview as he urged them to watch it on Good Morning Britain tomorrow morning.

“People who should probably tune into ⁦@GMB⁩ tomorrow,” he wrote.

Good Morning Britain airs tomorrow on ITV from 6am.