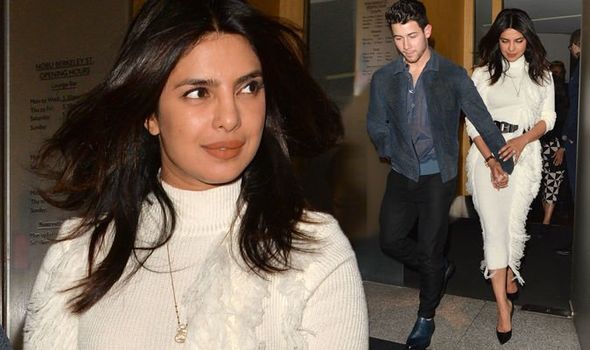 Priyanka Chopra, 36, and her husband Nick Jonas, 26, put on a loved-up display in London last night.

The newlywed couple, who got married at the end of last year, were pictured holding hands as they headed home following a dinner date in the capital city.

The stunning actress and her Jonas Brothers beau were pictured leaving The Ritz hotel in the early hours of the morning with Nick’s brothers Kevin and Joe Jonas.

Joe’s wife, Game of Thrones star Sophie Turner – who is currently touring the world to promote her new film X-Men Dark Phoenix, was absent from the family gathering.

As usual Priyanka looked effortlessly stylish for the occasion in a sophisticated black and white ensemble.

The former Miss World star opted for a beautiful white jumper dress which featured a high neckline and fringe detailing down the length the outfit.

The figure-hugging number showed off her slender curves while a black belt highlighted her slim waist.

Leaving her dark tresses loose to tumble over her shoulders, she teamed the three-quarter length dress with a pair of black pumps and a coordinating handbag.

Her attentive husband, who carefully guided the high-heeled star along the street, opted for a blue shirt and jacket with black trousers which he wore with smart lace up shoes. 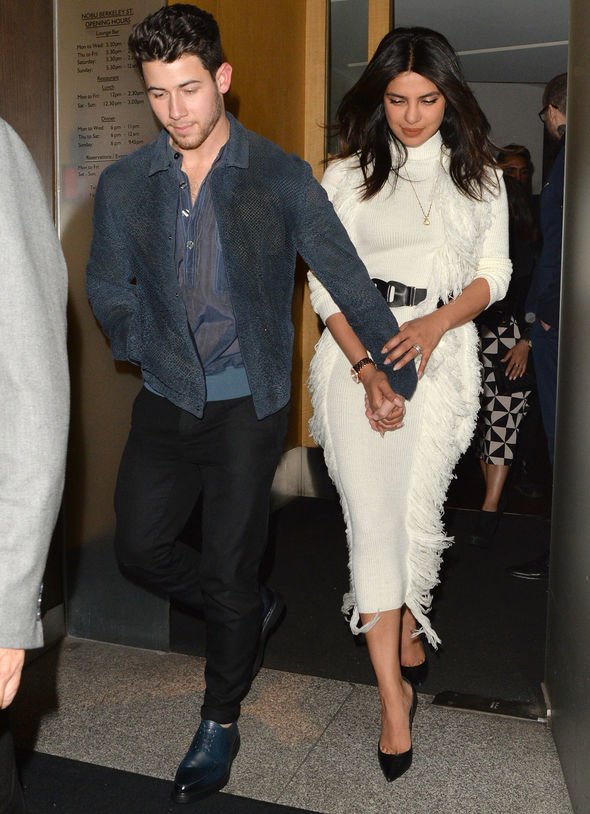 Just last week the beauty, who is a UNICEF Goodwill Ambassador, travelled to Ethiopia to meet refugee children who have fled their countries due to conflict and humanitarian crises.

During her trip she also had the honour of meeting Madam President Sahle-Work Zewde, the first female president of Ethiopia as well as the women and children who live in the refugee camps.

Following the trip, Priyanka took to Instagram to praise the UNICEF Ethiopia team for their continuous hard work.

She told her 41.1 million followers: “Thank you to my incredible @unicefethiopia family. I am in awe of your tireless efforts and unwavering commitment to bettering the lives of children around the world.

You are my true heroes! Keep changing lives and know you are so appreciated!”.

Nick told his Instagram followers that his wife was an inspiring woman and that he was a “#proudhusband”. 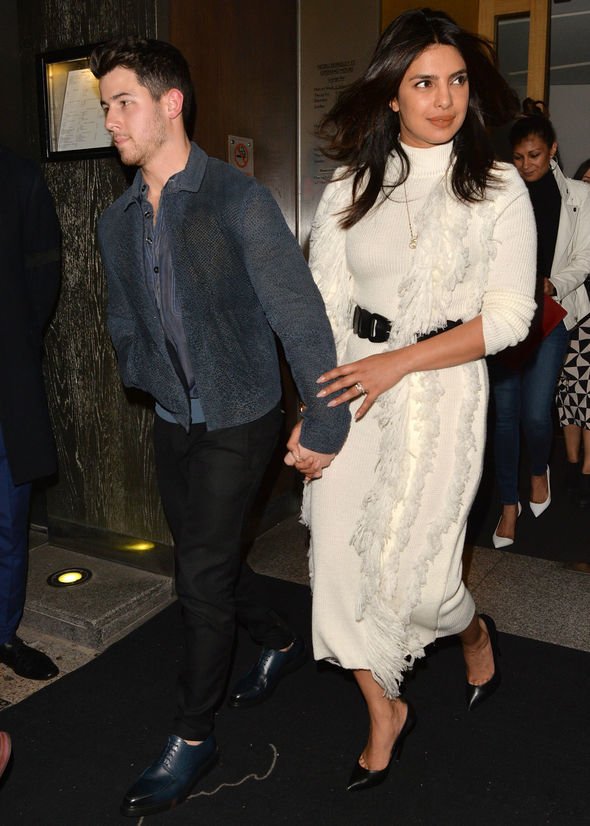 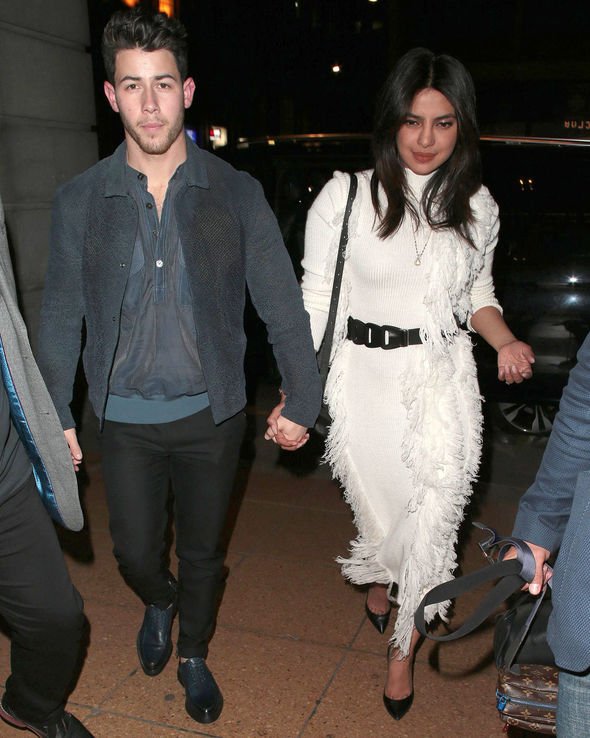 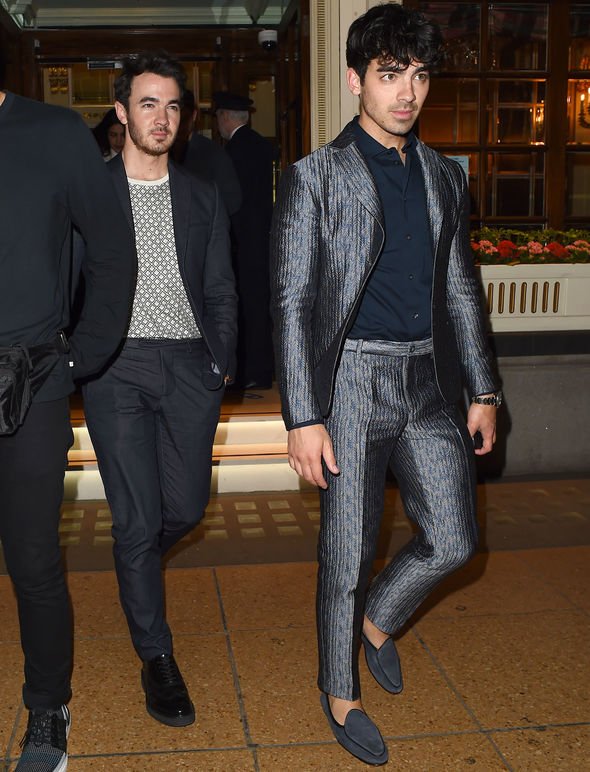 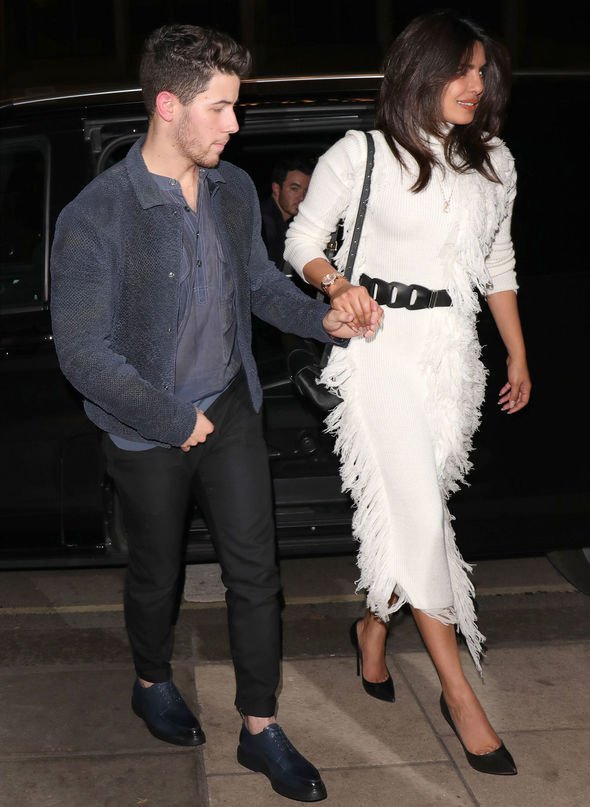