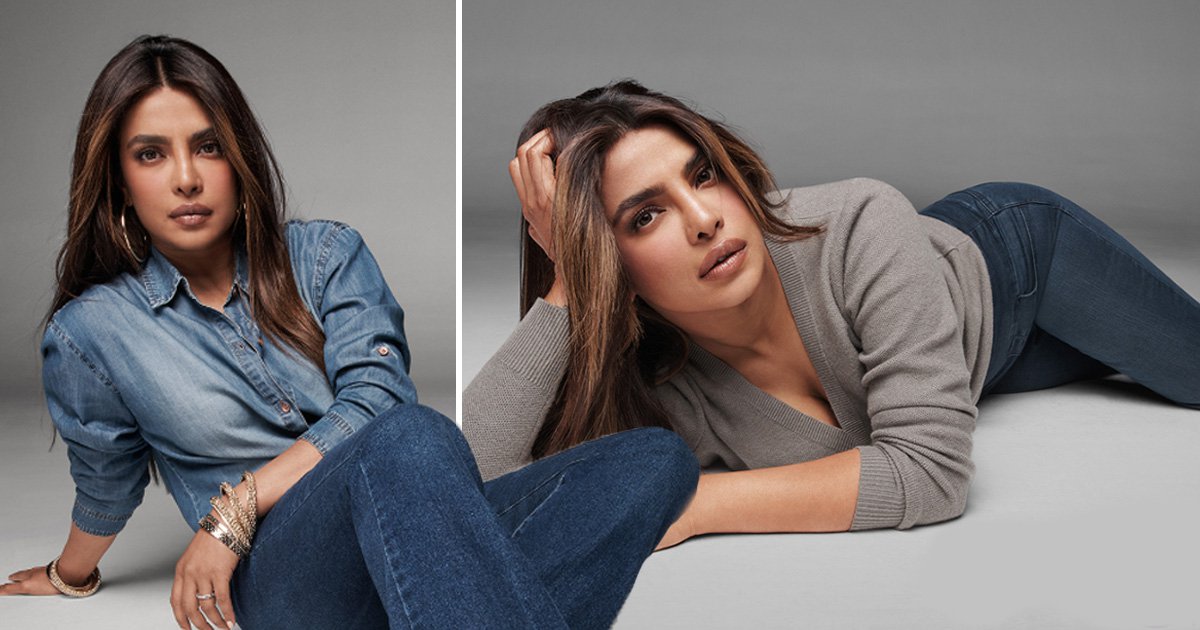 Priyanka Chopra described herself as ‘curvy’ after she was unveiled as the new face of Gloria Vanderbilt Jeans.

The 40-year-old first made a name for herself by winning Miss World in 2000 and went on to carve a hugely successful Bollywood career, before making the move to Hollywood.

The Quantico actress, who recently welcomed her first child with husband Nick Jonas, has now landed a stunning new GV jeans campaign, I Have Needs, Fit Them, and opened up about her figure in a new chat.

She also raved about how well the jeans manage to ‘cinch you in, they stretch in the right places, they’re for so many body types. That’s what I love about them’.

But there is one particular style that Priyanka isn’t that fond of making a controversial return to the mainstream – low rise jeans.

‘I don’t have the pelvic bones for it anymore,’ she added to People Magazine. ‘Not happy about them.’

Priyanka recently made headlines after she introduced her first child, daughter Malti Marie, to the world with husband Nick.

The lovebirds confirmed the surprise news of her arrival on social media, sharing a joint statement with fans in January of this year – but are yet to share a photo of little Malti’s face with fans.

‘We are overjoyed to confirm that we have welcomed a baby via surrogate,’ it read.

‘We respectfully ask for privacy during this special time as we focus on our family. Thank you so much.’

The pair, who tied the knot in a lavish ceremony in 2018, welcomed the tot via a surrogate, but their daughter was forced to spent more than three months in hospital after her birth.

She was only able to return home to her parents in May, with the Jonas Brothers singer spilling the beans on having a full house once more.

‘All is good,’ he said while attending the ACC Golf Championship in Nevada, adding to ET that becoming a dad has been ‘life-changing’.

‘[Malti Marie] is amazing. She brings me a lot of joy’.