“There are not two sides to this story. This has been looked at in every single state,” “This Week” host George Stephanopoulos tells the Kentucky senator 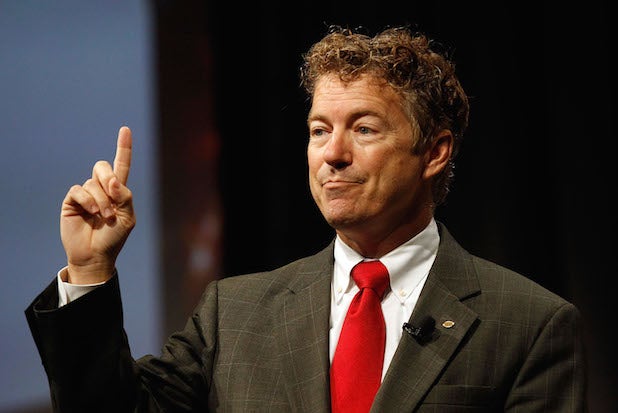 Even with President Joe Biden now in office, Kentucky Sen. Rand Paul refused to acknowledge the legitimacy of the 2020 election, saying without evidence in an appearance on ABC’s “This Week” that voter fraud had been committed.

Stephanopoulos responded by saying that while instances of voter fraud have been found in every election, it has never been widespread enough to change the outcome of an election. “There were 86 challenges filed by President Trump and his allies in court. All were dismissed,” Stephanopoulos said. “All were dismissed. […] Can’t you just say the words: This election was not stolen?”

“You’re forgetting who you are as a journalist if you think there’s only one side,” Paul said.

“I’m standing by facts,” Stephanopoulos responded. “There are not two sides to facts. I did not say this was a perfect election. I said the results were certified. I said it was not stolen. It is a lie to say it was stolen.”

Despite repeated statements from the U.S. Justice Dept. and state election officials that there is no evidence of widespread fraud, Trump and most Republican lawmakers have continued to baselessly assert that the election had been rigged against him during the final weeks of his presidency. Trump’s claims have led to new articles of impeachment being filed against him after his supporters, incited by his rhetoric, stormed the U.S. Capitol on Jan. 6 as the election results were being certified. Five people died in the wake.

“This election was not stolen,” Christie said. “There were no type of irregularities that would have changed the result in any one state. Folks in my party who are doing that, quite frankly, are just trying to make political points with those people who the president and others lied to about this over the course of the 10 weeks after the election, and it’s shameful that they’re doing it.”