Rochelle and Marvin Humes WIN their three-year battle to build gym and dance studio at £1.7m 18th Century Essex mansion after scaling back the plans 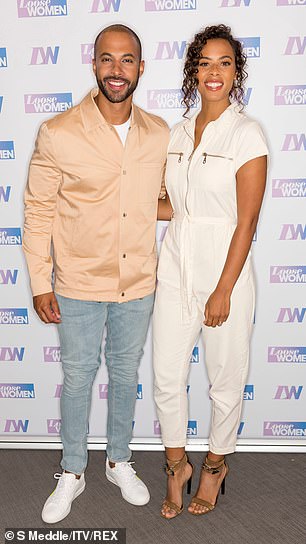 Marvin and Rochelle Humes have finally won a three-year battle to build a gym and dance studio at their country home.

The celebrity couple have been told they can finally proceed after scaling back their original plans that had been blasted by council chiefs as ‘incongruous and inappropriate’ for a conservation area.

They had wanted to demolish a double garage and garden store and build a new outhouse twice the size adjacent to their £1.7million Essex mansion.

But planners at Epping Council ruled the proposed development would be ‘too dominant’ and harm the designated conservation and green belt area around their home.

The couple had counted singer Rod Stewart and his wife Penny Lancaster as neighbours until last month when they sold their Essex mansion for £4.5m to footballer Andy Carroll. 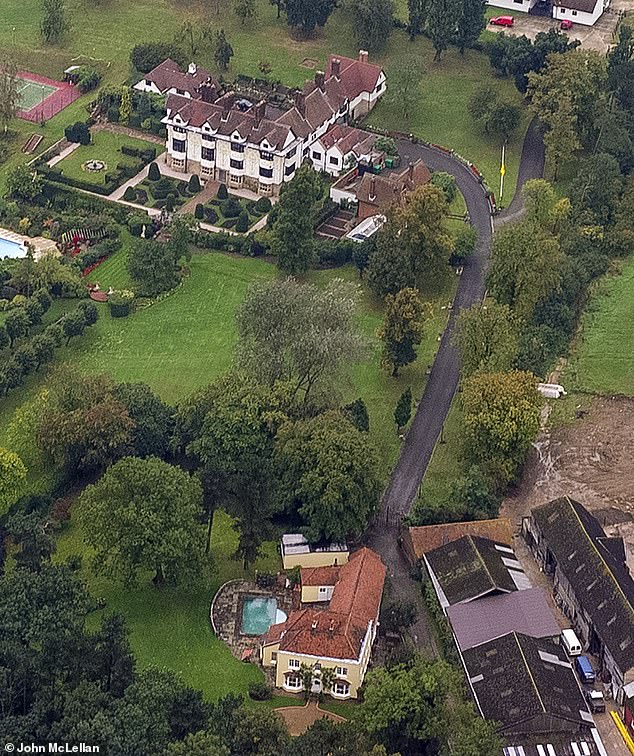 The celebrity couple have now been granted permission to demolish a run-down double garage and build an imposing out-house at the £1.7m mansion. The property (bottom) is next door to the home Rod Stewart has just sold (top left) 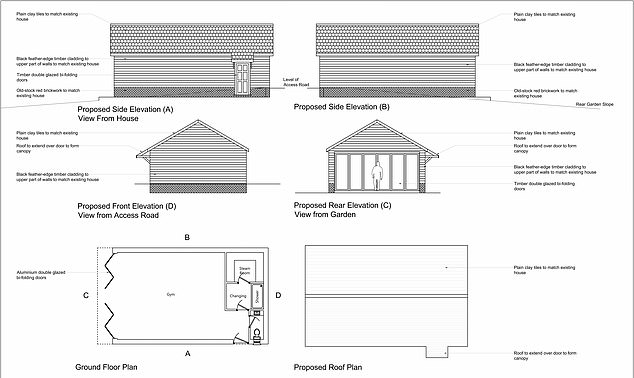 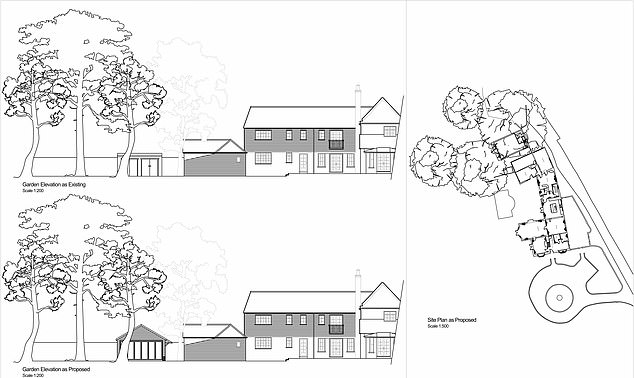 Following a lengthy consultation, the couple’s new gym and dance studio will be in a single storey building (above) – instead of the 21ft high two-storey building they originally planned

Planners chiefs at Essex Council did not receive any objections to the revised plans.

Case Officer Caroline Brown ruled: ‘It is concluded that the proposal has satisfactorily addressed the previous reasons for refusal and that the replacement extension would not result in any additional detrimental impact on what presently exists and is therefore not considered to constitute inappropriate development and would not have a harmful impact on the openness of the green belt.

‘The extension is also considered acceptable in terms of design, materials and siting which could conserve and enhance the character and appearance of the setting of the listed building and conservation area and would not result in any material loss of amenity to adjoining properties.’

The Humes’ planning agent, Nick Papalexandrakos, said: ‘The client’s brief is to respect and enhance the original character of the property and surrounding grounds whilst proposing a leisure building which, although modern in its functionality, will improve the overall aesthetic of the estate to create a more comfortable addition to this beautiful home for 21st Century living.’ 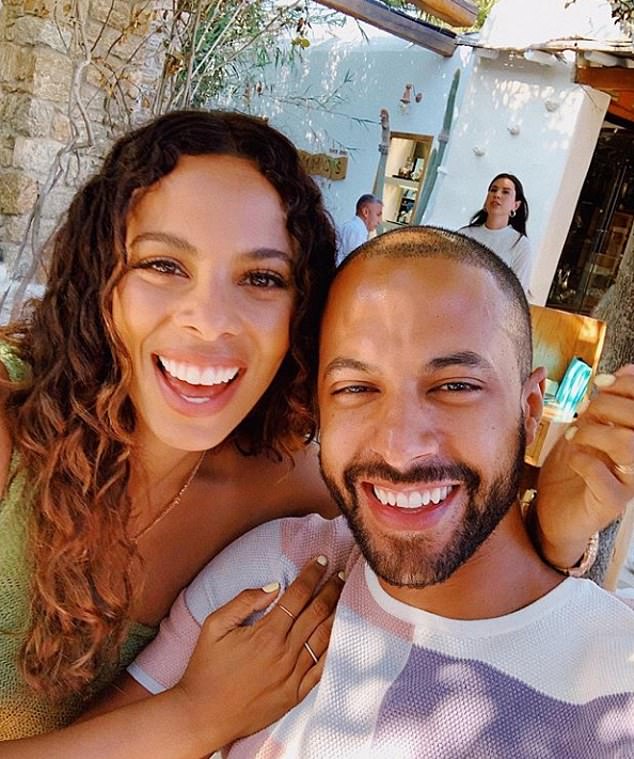 The couple first applied for planning permission three years ago but then withdrew their application. A second bid was refused after Epping Council ruled there were ‘serious harms’ to the designated conservation area and green belt saying the two storey building was ‘incongruous and inappropriate’