Rolling Stone’s iconic logo has adorned thousands of magazine covers over the years (not to mention restaurants, shops and even airport lounges at select points in time), and now, the signature Rolling Stone logo and header is available as part of three new limited-edition apparel collections, launching exclusively on RollingStone.com.

This is one of the biggest merchandise releases in Rolling Stone history, and the new collections feature 17 pieces, with Rolling Stone-inspired takes on a selection of elevated basics: think super-soft tees, cozy hoodies and oversized sweatshirts all adorned with variations of the classic Rolling Stone logo over the decades. 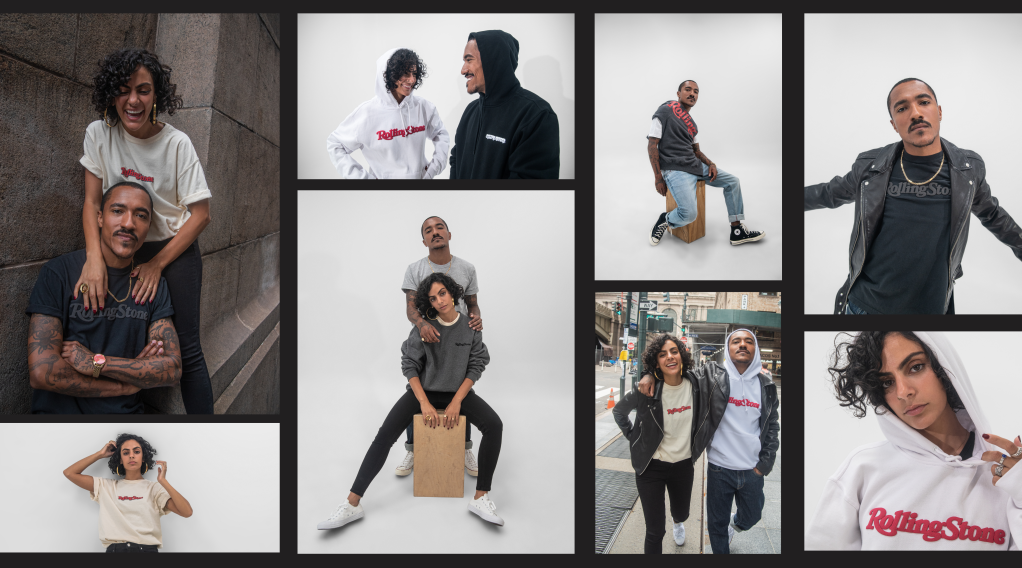 First unveiled in 1967 as a psychedelic-style pencil sketch by poster artist Rick Griffin, the original Rolling Stone logo got a full-color makeover in the Seventies from American type designer, Jim Parkinson. The bold red logo with black and white edging remained at the top of every cover (and every masthead) until 2018, when current art director Joe Hutchinson gave the logo a subtle but significant update.

The new apparel collection re-imagines the logo as a classic logo tee; a unisex hoodie with a textured and embroidered “puff print;” and as a statement-making sweatshirt, with the Rolling Stone lettering splashed across the back in bold, oversized, font. The pieces take cues from current streetwear trends, while also being designed for comfort and lounging. Multiple colorways are being released for each piece, in sizes small to 3XL.

In keeping with Rolling Stone’s longtime commitment to sustainability, each piece will be made via pre-order, to reduce the environmental and human footprint that comes from overstocked inventory.

Designed for both fans and collectors alike, the pieces celebrate the sartorial and cultural influence of Rolling Stone, which has been a leading barometer of music and culture for more than 50 years. The shirts and hoodies also make a great gift idea for music fans, or as a statement piece for your next concert or festival look.

Rolling Stone readers can get first dibs on the new merch starting today (October 4), on shop.rollingstone.com. Select your picks and pre-order the pieces before anyone else. Orders will ship in time for the holidays and gift-giving season.

The latest drop comes on the heels of Rolling Stone’s “Covers Collection,” which featured T-shirts inspired by some of this magazine’s most iconic covers.