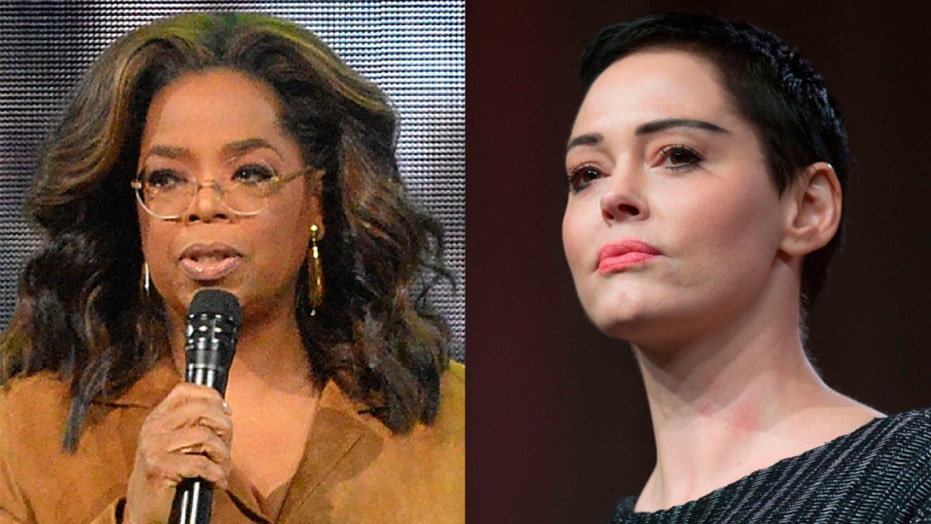 Rose McGowan slammed Oprah Winfrey in a new tweet claiming the talk show queen is “as fake as they come.”

The “Charmed” alum penned how she’s happy people are “seeing the ugly truth” about the billionaire media personality regarding her former friendship with convicted rapist Harvey Weinstein.

McGowan also referenced how Winfrey was linked to record executive/producer Russell Simmons who is fighting multiple allegations of rape and sexual misconduct.

“She is about supporting a sick power structure for personal gain, she is as fake as they come,” the activist wrote.

Back in early 2020, Winfrey stepped down as executive producer from Simmons’ #MeToo documentary because she felt “there is more work to be done on the film to illuminate the full scope of what the victims endured, and it has become clear that the filmmakers and I are not aligned in that creative vision.”

Winfrey said in a statement to The Hollywood Reporter at the time, “I want it to be known that I unequivocally believe and support the women. Their stories deserve to be told and heard.”

McGowan and Winfrey also clash over the Time’s Up movement. While the Emmy-winning host is a supporter of the organization and reportedly donated $500,000 to fight back against sexual harassment in the workplace, McGowan often voices her belief that it’s founded on lies.

In early August, McGowan spoke out against Time’s Up CEO and President Tina Tchen after it was reported she provided guidance to former New York governor Andrew Cuomo amid his sexual harassment investigation.

In New York Attorney General Letitia James’ report, it said Tchen allegedly consulted on the drafting of a letter Cuomo advisers released that denied the legitimacy of allegations made by his first accuser and former aide Lindsey Boylan.

Tchen denied her involvement but later resigned from Time’s Up and Cuomo stepped down as governor.

“Remember when Hollywood actresses & paid off activists wore stupid black dresses at the Oscars? That was sponsored by Times Up who were meant to help abuse victims I told the world they are a lie 3+ years ago,” McGowan’s statement begins.

“I was mocked & harassed by so many who want to believe the illusion. Wake up. Hard truths are inconvenient & uncomfortable. So what, suck it up,” she said.

McGowan also slammed Cuomo in a video she posted to Twitter, calling him a “prick” and asking for him to “go home.” She also has publicly backed Biden accuser Tara Reade.