The second Euphoria special episode is here, and Rules fans should grab tissues. After the friends and potential lovers emotionally parted ways in the Season 1 finale, the two standalone episodes allowed each character to tell their side of the story. Rue and Jules had a Euphoria reunion before Season 2, but it was super bittersweet.

While the show has a vast ensemble cast, Rue and Jules were at the center of Euphoria Season 1, becoming fast friends after Rue left rehab and Jules arrived in town as an effervescent new girl running from her past. They seemed like they might end up in a romantic relationship, but their dynamic was sometimes toxic, as Rue heavily relied on Jules for help maintaining her sobriety and Jules was still figuring out her sexuality and already dealing with Nate and his dad’s blackmail.

The two decided to run away together to the city in the Season 1 finale, before Rue ultimately decided it wasn’t a good idea and stayed behind as Jules left her behind at the local train station. She relapsed at the end of the episode, and each Euphoria special focused on Rue and Jules as they they struggled to move forward.

The Jules-centric episode (titled "F*ck Anyone Who’s Not a Sea Blob") revealed that, while Jules loved that Rue looked at her like no other girl ever had, she felt overwhelmed by feeling responsibility for Rue’s sobriety. Viewers learned that this was especially difficult for Jules since her own mother also struggled with addiction. 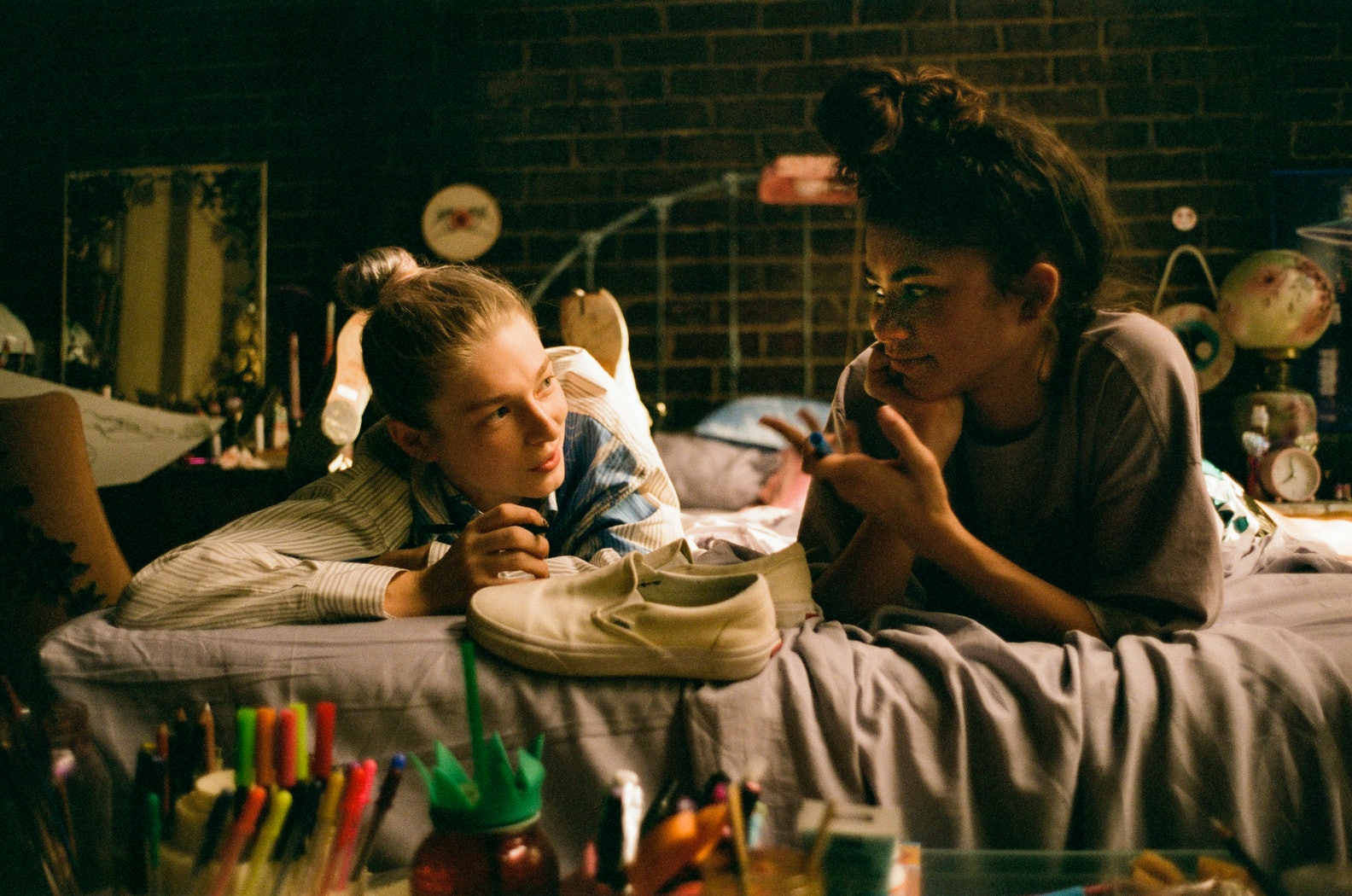 The pair’s struggle to reconnect and make sense of their relationship is largely being saved for Season 2, but they had a brief and emotional reunion at the end of the second special. After Jules had spent most of the episode opening up about her past traumas and thoughts surrounding identity, she lay alone in her room before hearing a knock at the door. Rue awkwardly entered and told Jules that she’d been riding her bike past her house on her way to meet Ali and Jules’ dad let her in.

Jules joked that her dad was really mad at her for running away, before breaking down in tears and apologizing for what happened at the train station, calling her decision to leave "really f*cking stupid." Rue started to cry too, insisting that she simply gets emotional during the holidays and wishing Jules a merry Christmas before abruptly leaving.

Jules laid in bed sobbing as the special cut to black, setting the stage for the pair to have plenty of angsty scenes together in Season 2. Although the ending may not have been the cathartic Rules reunion that fans hoped for, actor Hunter Schafer (who also co-wrote "F*ck Anyone Who’s Not a Sea Blob") told The Los Angeles Times that the moment was fitting for where the characters were at emotionally.

“I know Jules would have done anything to be held by or hold Rue again in that moment, after everything that happened,” Schafer said, adding, “Rue is not capable of doing that in that moment, and maybe Jules wasn’t either. But … you can tell that there’s still a vulnerable, raw love there between them.”

Euphoria fans will have to wait a while to see Rue and Jules again in Season 2, but at least their standalone episodes have given viewers plenty of feels (and answers) in the meantime.