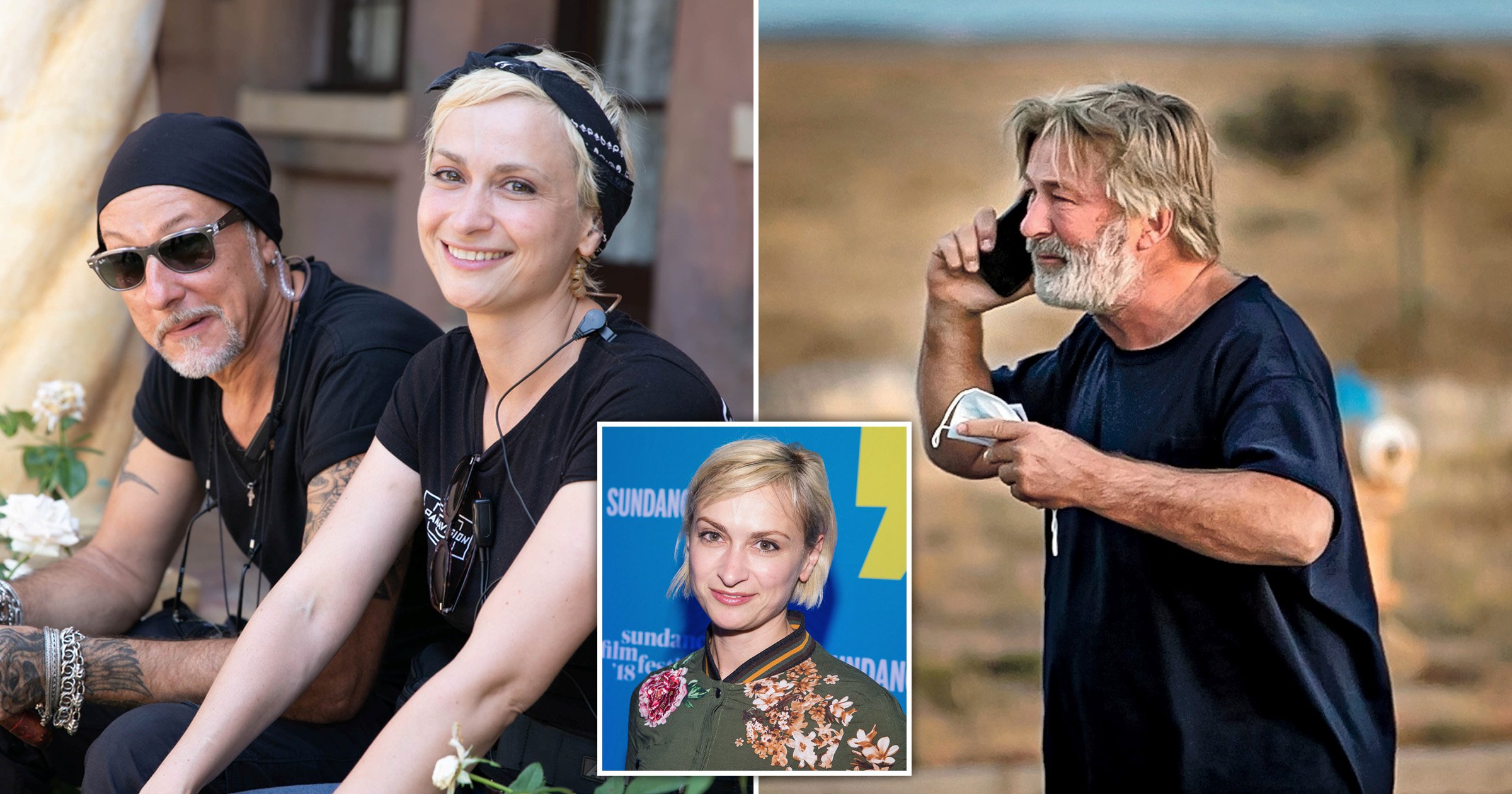 The chief electrician on the set of Rust has recalled the moment his friend Halyna Hutchins was accidentally shot by Alec Baldwin with a prop gun on set, revealing the cinematographer was ‘dying in his arms’.

In a lengthy tribute to Hutchins, 42, on Facebook, gaffer Serge Svetnoy shared his vision of the tragic accident and said her death was the ‘fault of negligence and unprofessionalism’.

He claimed he was ‘standing shoulder-to-shoulder’ with the director of cinematography when Baldwin, 63, fired what he believed was a ‘cold’ gun – that is, one which doesn’t have live ammunition – while rehearsing a scene set in a church on the Bonanza Creek set in Sante Fe on Thursday.

Hutchins was airlifted to hospital, however she died from her injuries. The film’s director, Joel Souza, 48, was also shot but was later released from hospital.

Recalling the incident on social media, Svetnoy alleged negligence was shown by the people on set tasked with checking the weapon before it was brought onto set and before the scene, as well as those whose job it was to announce a loaded gun was on set.

He wrote alongside a photo of him smiling with Hutchins: ‘Yes, I knew Halyna, not for a year. I worked with Her on almost all of her films. Sometimes we’ve shared food and water. We’ve been burning under the sun, freezing in the snow on the shoots. We took care of each other. Yes, I can say with 100% confidence she was my friend. WAS!!!’

Svetnoy went on: ‘Yes, I was standing shoulder-to-shoulder with Halyna during this fatal shot that took her life and injured the director Joel Souza. I was holding her in my arms while she was dying. Her blood was on my hands.

‘I want to tell my opinion on why this has happened. I think I have the right to do it.

‘It’s the fault of negligence and unprofessionalism.

Svetnoy referenced the film’s armourer, Hannah Gutierrez-Reed, 24, who previously shared her fears she ‘wasn’t ready’ to be armourer on a previous shoot, as he claimed ‘there is no way a twenty-four-year-old woman can be a professional with armoury’, adding: ‘Professionals are the people who have spent years on sets, people who know this job from A to Z; These are the people who have the safety on set at the level of reflexes; they do not need to be told to put the sandbag on a tripod, fix the ladder on the stage, or fence off the explosion site. They have it in their blood.’

He then went to call out producers, pleading with those in charge of hiring crew not to cut corners, after it was alleged crew had walked off set the morning of Hutchins’ death over safety concerns.

The electrician said: ‘I understand that you always fight for the budget, but you cannot allow this to happen. There should always be at least one professional in each department who knows the job. It is an absolute must to avoid such a tragedy, like the tragedy with Halyna.

‘I do not wish anyone to go through what I went through, what her husband @Matt Hutchins and her son Andros went through, and the actor Alec Baldwin, who has been handed a gun on set. He has to live with the thought that he took the life of the human because of unprofessional people.

‘Dear Producers, by hiring professionals, you are buying peace of mind for yourself and the people around you. It is true that the professionals can cost a little more and sometimes can be a little bit more demanding, but it is worth it. No saved penny is worth the LIFE of the person!’

He went on to thank camera operator Reid Russell, who was at the scene and, according to Svetnoy, ‘helped save Halyna’ as well as the set medic Cherlyn Schaefer ‘who did everything she could to save Halyna’s life’.

Investigations continue as detectives this week recovered ‘loose ammunition’ and a ‘fanny pack with ammo’ from the set, amid calls to ban all real guns from film sets.

Addressing the incident, Baldwin previously shared his shock and said he was cooperating with authorities.

In a statement posted to Twitter on Friday, he said: ‘There are no words to convey my shock and sadness regarding the tragic accident that took the life of Halyna Hutchins, a wife, mother and deeply admired colleague of ours.

‘I’m fully cooperating with the police investigation to address how this tragedy occurred and I am in touch with her husband, offering my support to him and his family.

‘My heart is broken for her husband, their son, and all who knew and loved Halyna.’