Scarlett Johansson is more than an award-winning actor, influential celebrity, and incredibly talented businesswoman — she’s also a fashion icon. And as it turns out, a lot of the Marvel star’s most famous outfits stem from her love of men’s fashion.

One matching red-carpet moment with husband Colin Jost, in particular, was inspired heavily by men’s fashion. In fact, she says she prefers men’s fashion over women’s every time. One power suit moment even covered the baby bump growing during Johansson’s pregnancy!

Scarlett Johansson remarked on a matching fashion moment with her husband 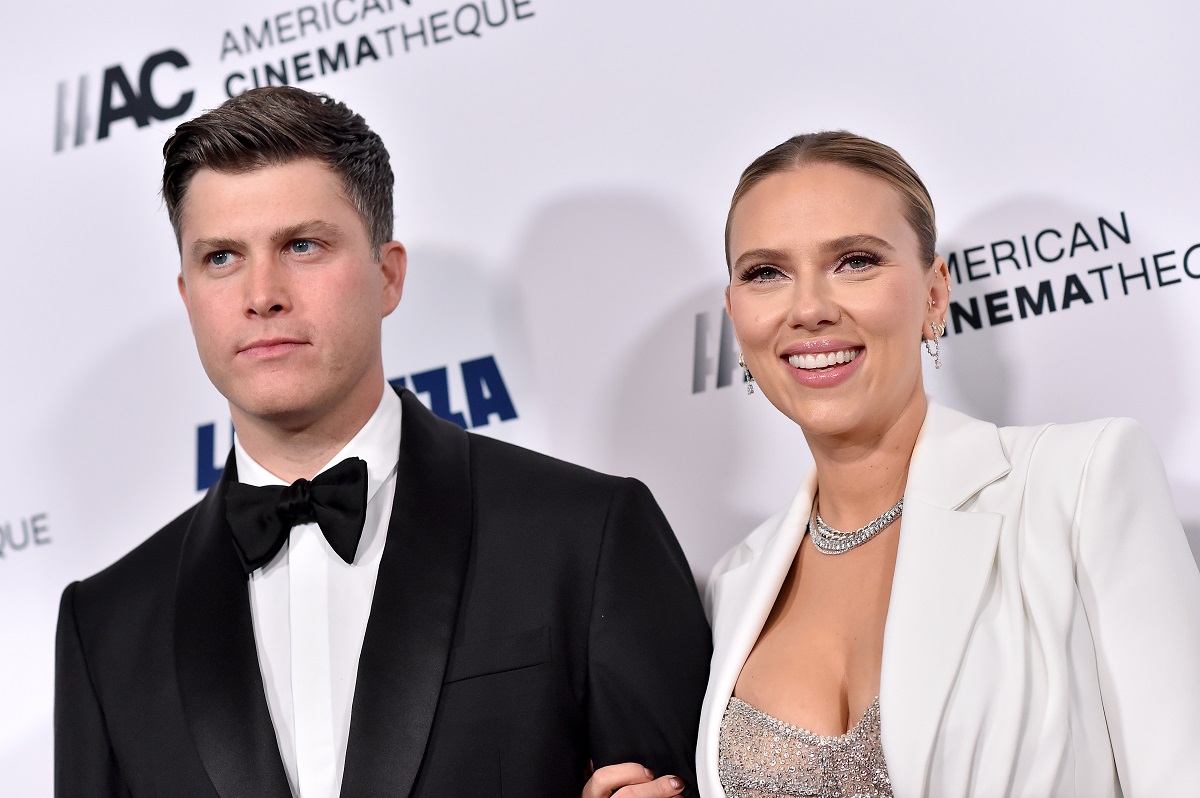 Going over all of her incredible fashions over the years in a video interview with Vogue, the Ghost World star stopped on one look. Johansson highlighted herself and her husband at the 35th Annual American Cinematheque Awards where she was an honoree.

The suit was Versace, covered in all-white fabric with a see-through corset coated in crystals and a backless design revealing skin and tattoos. Her intentions with the look? To highlight her glowing skin!

“I had just announced the skincare line I’m working on — the Outset — and so, very clean, beautiful, shimmering skin moment,” Johansson commented on the outfit. “Just wanted to kind of let the dazzling corset and radiant skin shine. And that was the look here.”

Aside from the skincare inspirations behind her iconic look, men’s fashion may have played a part. According to the two-time Oscar nominee, Jost likes clothing, but she enjoys shopping for him. “I love men’s clothes. I much prefer men’s clothes to women’s clothes. I’d happily spend time looking for clothes for him way more than myself.”

And you can often see that in the styles she chooses to rock.

Other power suits that cemented Johansson as a fashion icon

While plenty of other styles have brought Scarlett Johansson much attention, there’s nothing like the fashionable power suits she has rocked over the years.

To name a few special occasions, there were the menswear-inspired styles at The Winter Soldier Paris Premiere, the New York Premiere of Lost in Translation, and the Avengers Endgame UK Fan Event.

At The Winter Soldier Paris Premiere, she wore a scarlet-hued ensemble designed by Michael Kors and complimented with a loose-fitting black blouse (hiding her first baby bump). In the New York Premiere of Lost in Translation, the star made a splash in an all-white dress suit.

At the Avengers: Endgame UK Fan Event, she incorporated her Black Widow character into the style with a one-sleeved, corset/blazer combination that mirrored her Marvel costume in a more trendy and sexy fashion. 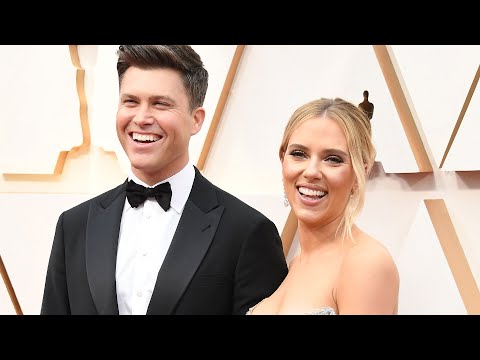 The recent power-suit moment came just three months after Johansson and Jost welcomed their first child together. He was born in August, and the red carpet was on November 18th, 2021.

The comedy star and A-list actor have been married since 2020. Their dating history goes back to 2017 when they got reacquainted on Saturday Night Live (SNL) as Johansson hosted the show live for the second time.

However, during her hosting gig in 2006, they first met and hit it off.