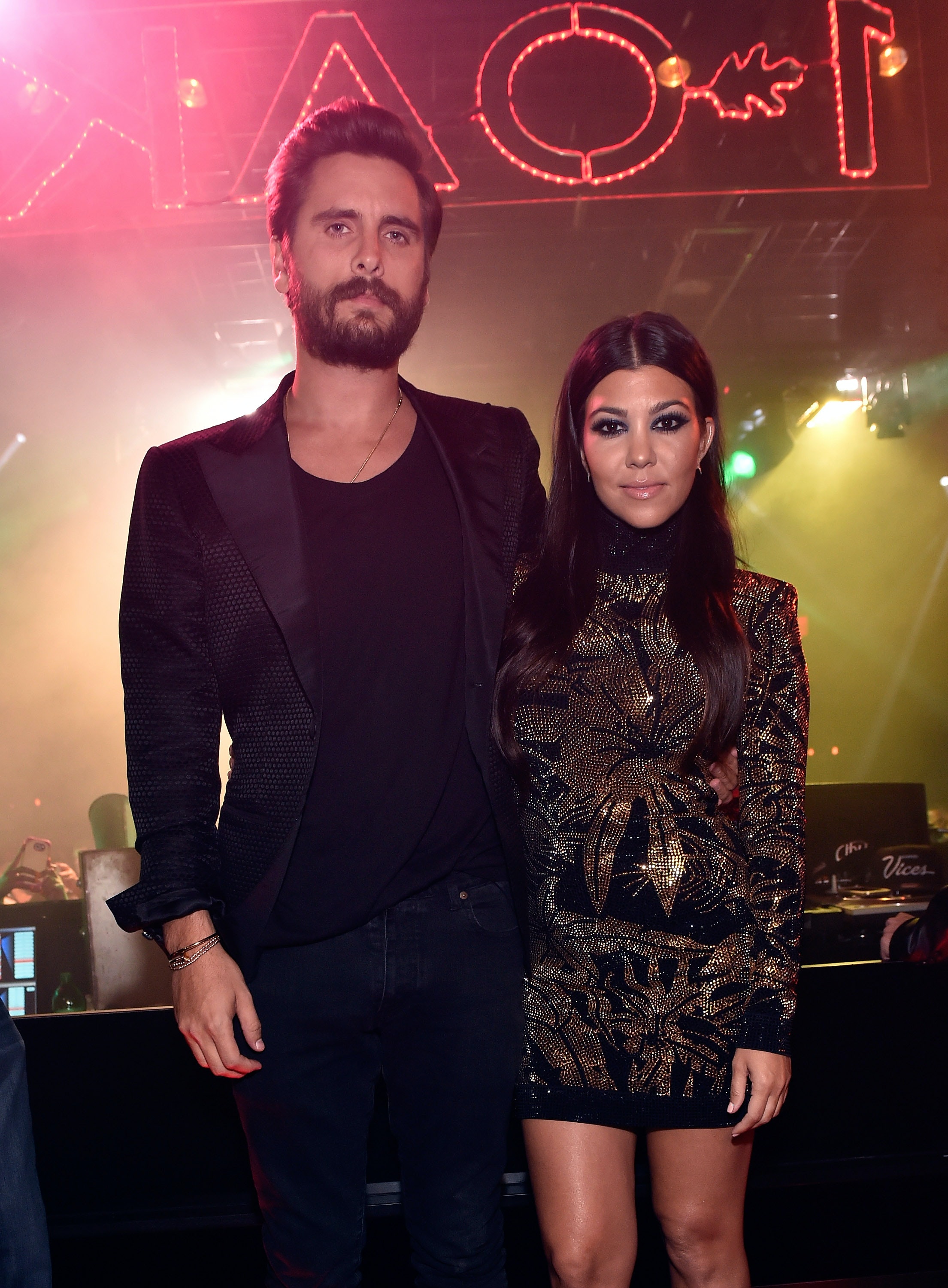 I’m sorry to any of my diehard #skourtney fans out there, but it looks like Scott Disick and Kourtney Kardashian’s relationship has reportedly changed since her romance with Travis Barker. "Before Travis, Kourtney and Scott were together a lot and of course now that has changed," a source reportedly told E! News on April 25. "Scott has always held out hope that he and Kourtney will end up together and this is the first time he feels like someone else might prevent that. He doesn’t want to see or hear about it, but he’s trying to deal with it as best as he can."

As he reportedly deals with it, Disick has apparently been trying to get some space from Kardashian. "Scott has really distanced himself from Kourtney recently," another source reportedly shared with E! News. "Of course they are still cordial when it comes to the kids, but they aren’t hanging out as much or doing things as a family. The communication has become strictly about the kids."

Multiple sources reportedly chimed in to say seeing Kardashian be so "serious" with Barker has been particularly tough on Disick. "It’s uncomfortable for Scott to see Kourtney in a serious relationship, although he knew this day would come," one source reportedly shared. "He is glad she is happy, but it’s definitely been hard on him. He doesn’t like to bring it up and it’s a weird convo for him. At one point, the family was really encouraging Scott and Kourtney to try the relationship again and it’s a bit of an eye opener for him, that it’s truly never going to happen."

Another source reportedly added, "he is trying to adjust and be a grown up about it, but seeing Kourtney get so serious with someone so quickly is not easy — especially someone they have known for so long. Scott has never been comfortable seeing Kourtney with guys, but this feels different." The same source reportedly continued, "Kourtney is all in with Travis and the kids like him too. It feels to Scott like they are merging their families and going full steam ahead. That has made him very uncomfortable and he’s trying to figure out where he fits in."

Disick, himself, made his feelings about Kardashian being with other dudes clear in a clip for the upcoming 20th season of Keeping Up With The Kardashians. In a scene shot when both of them were single, Disick told his ex, "I just don’t like seeing you with another guy. It hurts me when you’re with somebody else."

He continued, "waking up to, like, looking at pictures of you with this guy you were dating… it’s just unhealthy. It made me upset and sad, you know what I mean? And now I wake up with no real problems. I’m, like, carefree in a sense that I don’t have that, that used to take up a lot of space in my mind all day. But the big fear is if you start dating again, then it goes back to that and I have to feel like a different way again and it’s just hard. It sucks."

Sadly for Disick, it looks like that fear has absolutely become a reality. Buuut hopefully his own relationship with Amelia Hamlin is keeping him distracted and happy.