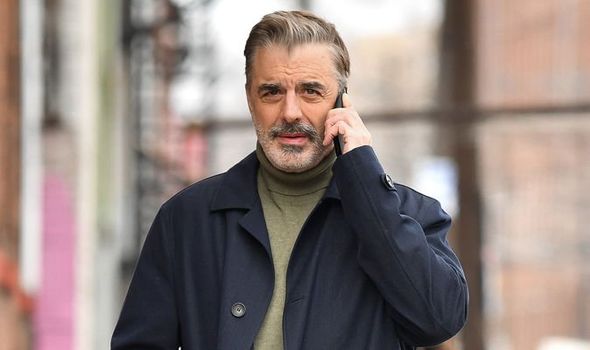 Sarah Jessica Parker, Cynthia Nixon and Kristin Davis said they were “deeply saddened” to hear of the accusations. Two women say that Noth, who played Mr Big in the show, sexually assaulted them more than 10 years apart.

However, following the allegations he was dropped from CBS drama The Equalizer and fitness brand Peloton withdrew an advertisement campaign featuring the actor.

In a joint statement posted on social media, the actresses said: “We are deeply saddened to hear the allegations against Chris Noth.

“We support the women who have come forward and shared their painful experiences. We know it must be a very difficult thing for them to do and we commend them for it.”

The Hollywood Reporter said the two women, who do not know each other, had approached the trade publication separately.

They claimed Noth’s reprisal of his role in the current Sex And The City spin-off And Just Like That…had stirred up painful memories.

One woman alleged he assaulted her in his apartment in Los Angeles in 2004 when she was 22. Another woman said she was 25 and working as a waitress in the VIP section of a New York nightclub when she met Noth in 2015. She claims he attacked her in his New York apartment.

Last week the Los Angeles Police Department said they were not investigating the allegations as no complaint had been made to them.

What is happening where you live? Find out by adding your postcode or visit InYourArea