Speaking to host Sheryl Underwood on show The Talk, the wife of rock legend Ozzy Osbourne, 72, defended her right to support her friend Piers Morgan after he made comments that discredited claims Meghan Markle had made about her mental health. Following his departure, Piers took to social media to announce that he hadn’t changed his mind about not believing Meghan’s comments in her Oprah interview.

Educate me. Tell me when you have heard him say racist things

Defending her decision to support the former newspaper editor, Sharon said she believed in Piers’ “freedom of speech”.

She said: “Did I like everything he said? Did I agree with what he said? No. Because it’s his opinion.

“It’s not my opinion… I support him for his freedom of speech, and he’s my friend.”

The former X Factor judge went on to reveal the basis that she judges someone on. 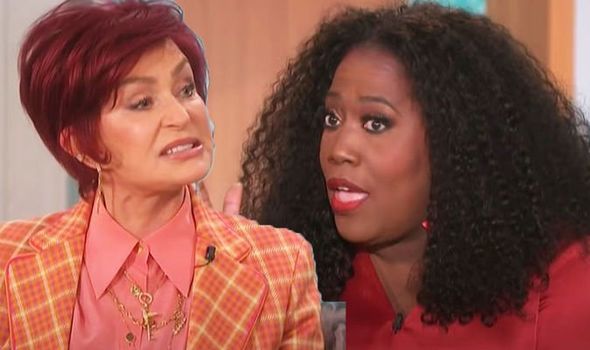 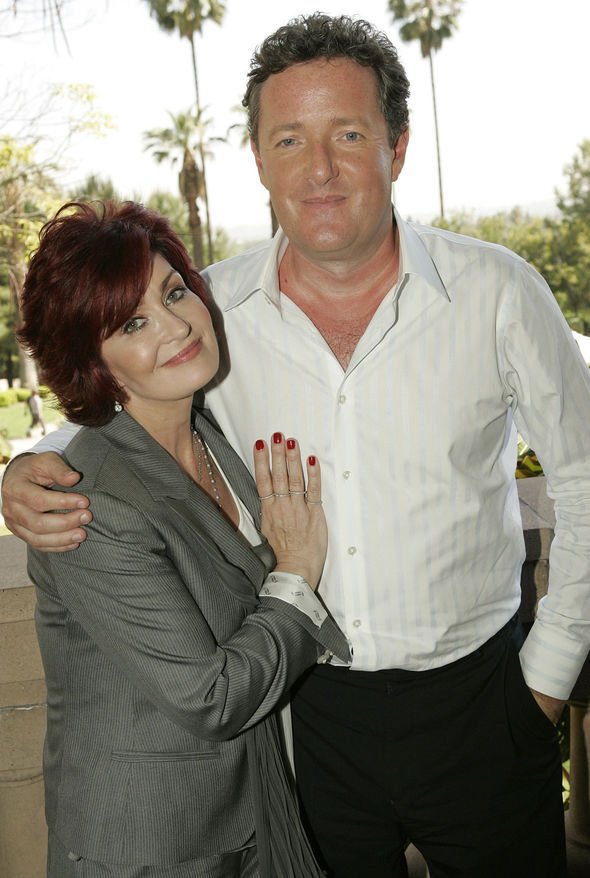 “I’m not racist… I don’t care what colour or what religion anyone is. Are you a nice person? That’s what I judge you on.’”

Addressing the backlash she’s received over her public support of the former ITV host, Sharon continued to explain her stance while appearing on the US talk show.

“I very much feel like I’m about to be put in the electric chair because I have a friend, who many people think is a racist, so that makes me a racist? What does it gotta do with me?”

Despite asking presenter Sheryl to “educate” her, Sharon soon U-turned when she saw the host start to cry and stated that if anything she should be the one in tears over the backlash she is facing. 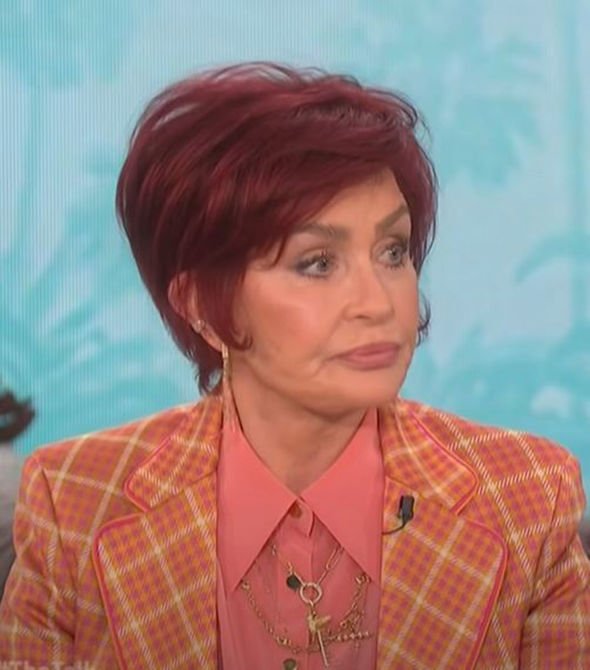 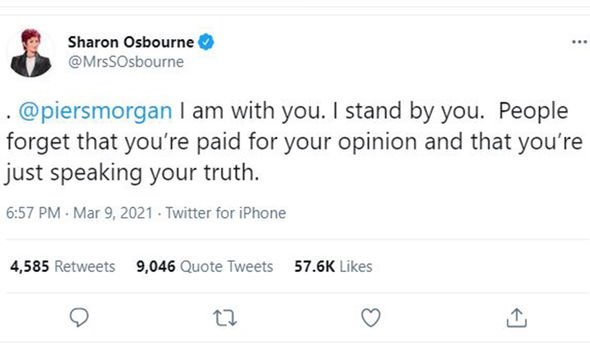 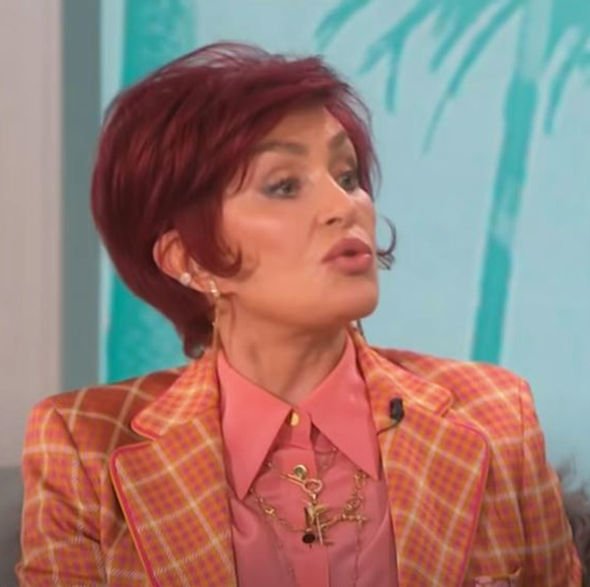 The author said: “I will ask you again Sheryl, I’ve been asking you during the break and I’m asking you again, and don’t try and cry ‘cause if anyone should be crying it should be me.

“Educate me. Tell me when you have heard him say racist things.”

Sheryl sat back and explained: “It is not the exact words of racism, it’s the implication and the reaction to it.”

Viewers of the talk show quickly took to social media to air their thoughts on Sharon’s stance.

Addressing Sharon’s demands for Sheryl to educate her, Smooth radio host Angie Greaves tweeted: “‘I’m glad we’re having the hard conversations about racism but DEMANDING that a black woman educate her and then saying…

“And don’t try to cry, if anyone should be crying, it should BE ME” in defense of Piers Morgan…’”

Another shocked fan wrote: “Sharon Osbourne really said ‘And don’t try to cry, if anyone should be crying, it should BE ME’ on tv because she was defending Piers Morgan I—-“

Following ITV’s statement on Tuesday evening confirming that Piers had left the breakfast show, Sharon took to social media to support her friend.

She tweeted: “@piersmorgan I am with you. I stand by you. People forget that you’re paid for your opinion and that you’re just speaking your truth.”

Sharon was soon faced with backlash and people were quick to remind her of her own mental health struggles which she spoke about as recently as last year.

However, Piers appreciated the support and tweeted his thanks to the red-haired TV personality.

“I love Sharon Osbourne because she always stays true to herself.

“She knew she would get abused by the woke brigade for tweeting this – but did it anyway because it what she believes.” (sic)

Piers’ appreciative tweet received over 50,000 likes from his followers.