Sharon Stone is said to be having a ‘hot girl summer’, as a new report claims she’s been ‘hanging out’ with a handsome young rapper.

Sharon Stone, 63, has been on a “number of dates” with young hot rapper RMR, 25, whose real name is unknown, according to a new report by Page Six. Not only were the Basic Instinct star and RMR seen getting close at Delilah and The Highlight Room in Los Angeles, but they were also spotted dancing to hip-hop music and “canoodling”.

“She’s definitely having a hot girl summer,” a source told Page Six of the actress who’s not afraid to pose in a bikini on Instagram. “They were together hanging out with Drake’s [artist] PND, and they were canoodling and popping bottles. They were dancing to hip-hop. Chris Brown was also there.” 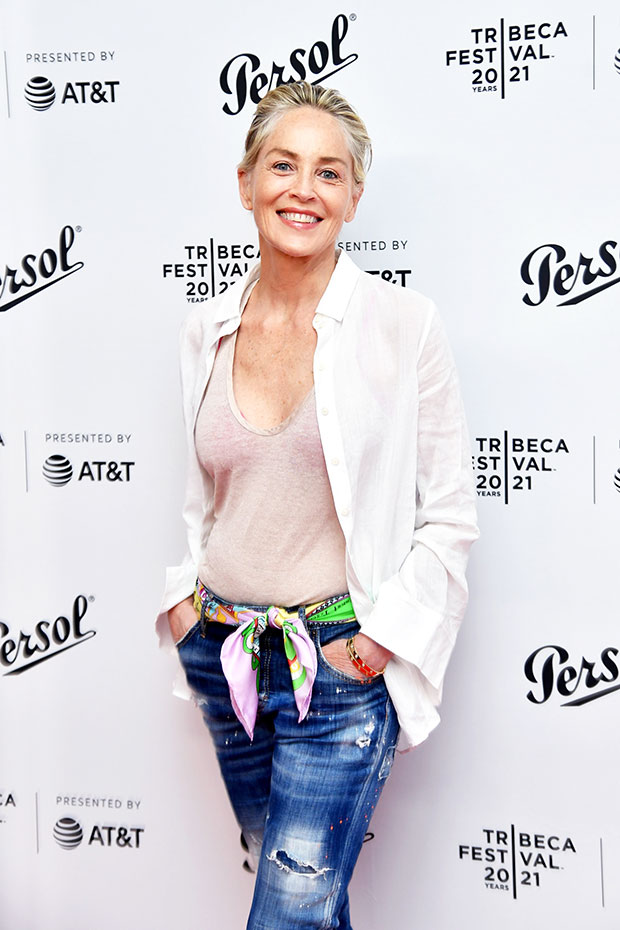 It’s unclear what RMR looks like because he hides his identity by wearing a ski mask, however, the rapper reportedly “respects [Sharon] and thinks she’s cool as f**k,” the insider told the news outlet. Apparently, the potential hot new couple has been spending the last few months together.

“They’re enjoying each other’s company right now and hanging out. They’re having a great time together,” the source added. “They’re on the same frequency and it’s a very unique friendship”.

Sharon and RMR have also been gushing over each other on social media by liking each other’s Instagram photos and more. Could they be a match made in Heaven? Only time will tell, but they seem to really be fond of each other.

Sharon was previously married to newspaper editor Phil Bronstein, but they divorced in 2004 after six years of marriage. When recently asked by Entertainment Tonight what she’s looking for in a partner, she said, “I’m looking for someone who wants to have a caring and compassionate and loving relationship, like anybody else.”

HollywoodLife reached out to Sharon Stone’s rep for comment, but we did not receive an immediate response.