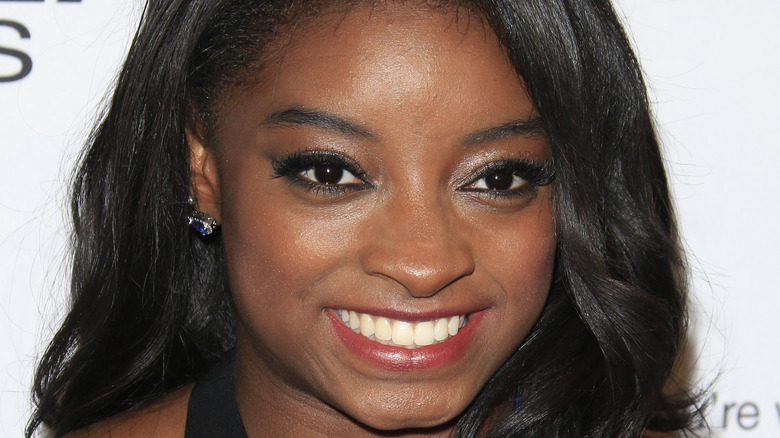 Simone Biles is undeniably the GOAT in the sport of gymnastics. Her physical abilities are unparalleled, but Biles says taking care of her mental health is just as important. In an interview with Health, Biles said she prioritizes self-care. “For a while, I saw a psychologist once every two weeks,” she told the outlet. “That helped me get in tune with myself so that I felt more comfortable and less anxious.”

Biles said having a strong support system, which includes her parents and her boyfriend Jonathan Owens, has been invaluable. After spending hours training each week, Biles takes every Sunday off and uses the day to re-charge so she’s ready for the week ahead. “I really like to relax. So I’ll hang by the pool with my boyfriend, or have my family come over,” Biles told Health when describing her typical Sunday.

Although she’s known for her infectious smile and upbeat personality, Biles’s life and gymnastics career certainly haven’t come without hardships. In January 2018, she came forward as a victim of Larry Nassar’s sexual abuse (via NBC News). Nassar, the former doctor for the U.S. gymnastics team, is currently serving a 40 to 175-year prison sentence for sexual abuse in addition to a 60-year sentence for possession of child pornography, per Women’s Health.

If you, or anyone you know, have been a victim of sexual assault, help is available. Visit the Rape, Abuse & Incest National Network (RAINN) website or contact RAINN’s National Helpline at 1-800-656-HOPE (4673).

Simone Biles was initially resistant to the idea of therapy 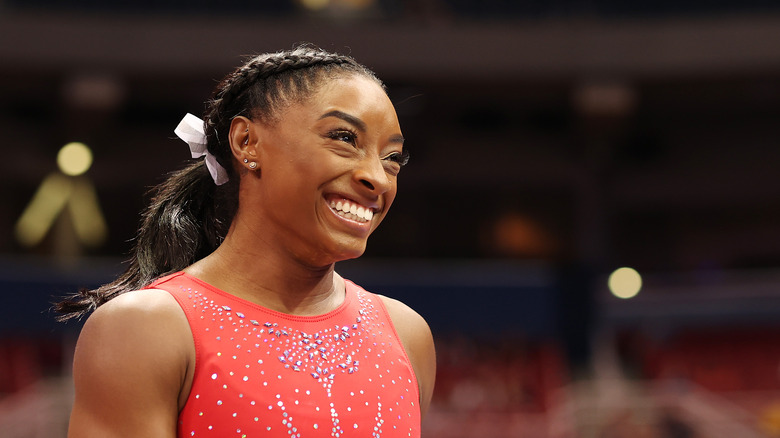 Biles told Glamour that competing for USA Gymnastics, an organization that has been widely criticized for mishandling reports of Nassar’s sexual abuse, has “been the hardest part” of continuing her career. She uses her platform to put pressure on USAG to have an independent investigation into how Nassar was allowed to abuse so many athletes for so many years. “I’m still here, so it’s not going to disappear,” Biles said. “We have power behind it.”

She also spoke about how she came around to the idea of therapy. “One of the very first sessions, I didn’t talk at all,” Biles recalled. “I just wouldn’t say anything. I was like, ‘I’m not crazy. I don’t need to be here.'” She said her therapist explained to her that therapy can be beneficial for everyone and helped her view it as an outlet where she could talk openly about anything going on in her personal life or at the gym.

“I thought I could figure it out on my own, but that’s sometimes not the case. And that’s not something you should feel guilty or ashamed of,” Biles revealed. “Once I got over that fact, I actually enjoyed it and looked forward to going to therapy. It’s a safe space.”