Sophie Turner, 23, looked incredible in a long-sleeved shirt dress as she left a hotel in France with her husband, Joe Jonas, 29.

The couple are in the capital city ahead of their second wedding, after getting married in Las Vegas last month.

And the Game of Thrones actress certainly ensured she made a statement oversea as she wowed in the mini-dress.

Her choice of garment featured a plunging neckline to her naval, revealing she went braless on their outing.

Whilst strutting out of the hotel, the Sansa Stark actress also displayed her lean pins, thanks to the short hemline.

She teamed the look with a pair of black boots and held onto a monochrome handbag.

Sophie’s blonde locks were tied into a high ponytail and she went with natural tones for her make-up.

The newlyweds were joined by Joe’s brother, Nick Jonas, and his wife, Priyanka Chopra.

Priyanka wowed in an co-ordinating olive suit, which featured a one-shouldered top. 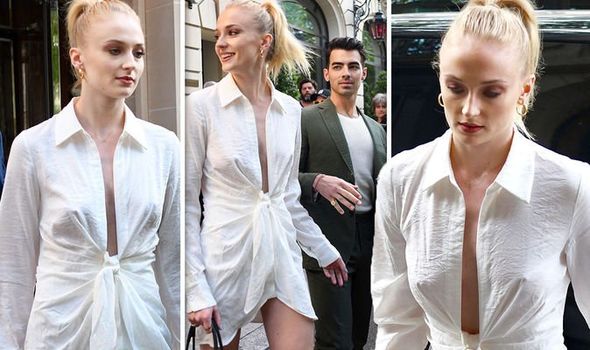 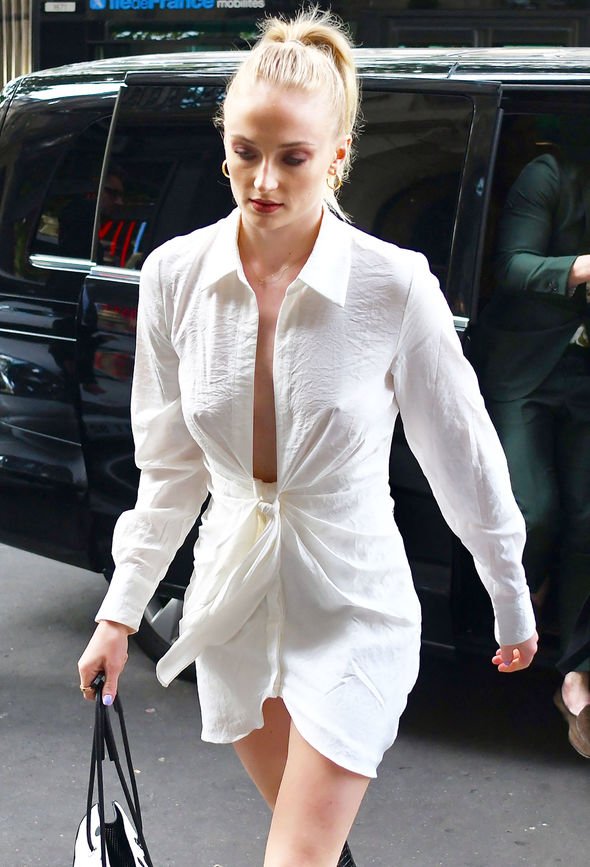 Nick matched his wife’s colour theme, which was also in line with Joe’s.

Earlier in the day, the family enjoyed a boat trip down the River Seine in a pre-wedding party.

At the weekend, Joe shared an adorable snap of him and Sophie in a loving embrace, with the Eiffel Tower behind them.

In the comment section, Dr. Phil, an American television personality, author and psychologist, gave away the date of their second wedding. 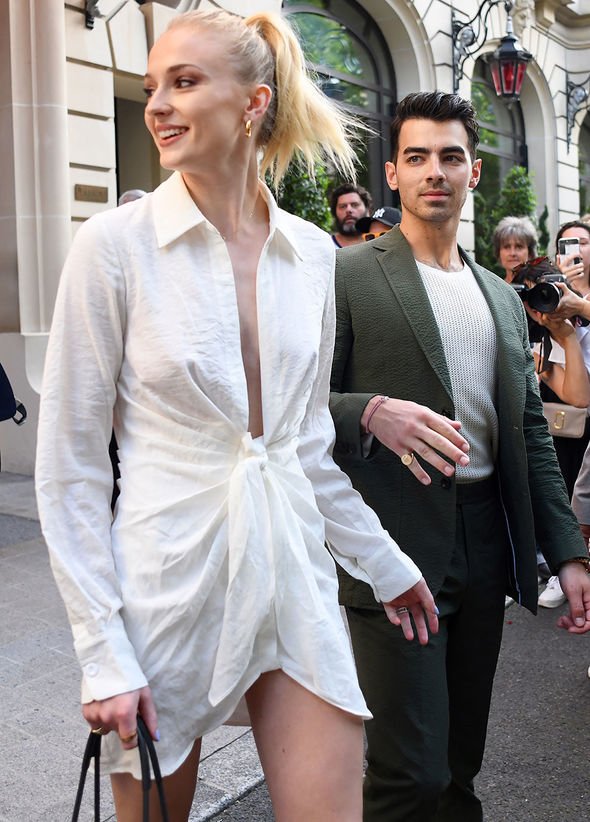 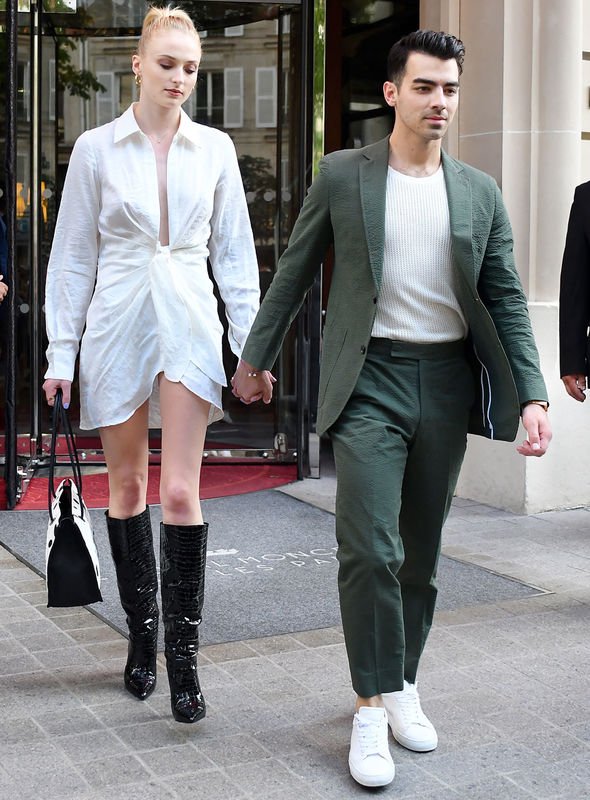 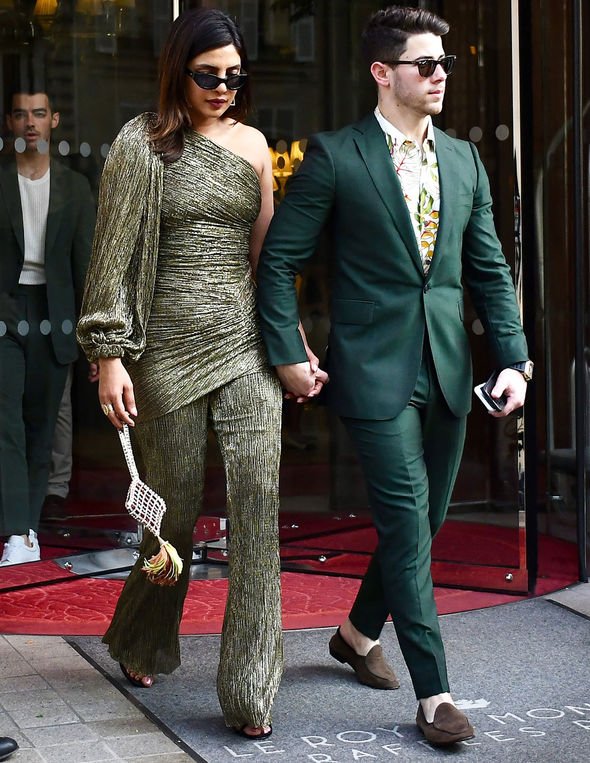 The couple exchanged vows in The White Chapel, which was officiated by an Elvis Presley impersonator, following on from attending the Billboard Awards.

The DJ shared videos of the nuptials to his Instagram story, which meant the wedding hit the headlines.

Sophie recently admitted she was slightly disappointed to discover the “private” ceremony was streamed online.