There for each other! Ronnie Ortiz-Magro‘s relationship with girlfriend Saffire Matos is showing no signs of slowing down after his recent domestic violence arrest.

Ronnie Ortiz-Magro’s Ups and Downs Through the Years

The couple each shared a handful of loving snaps together on social media on Monday, May 31, wrapping their arms around each other in a tight embrace. In one of the 35-year-old Jersey Shore star’s Instagram Stories, he attached a GIF that read “wifey for lifey.” 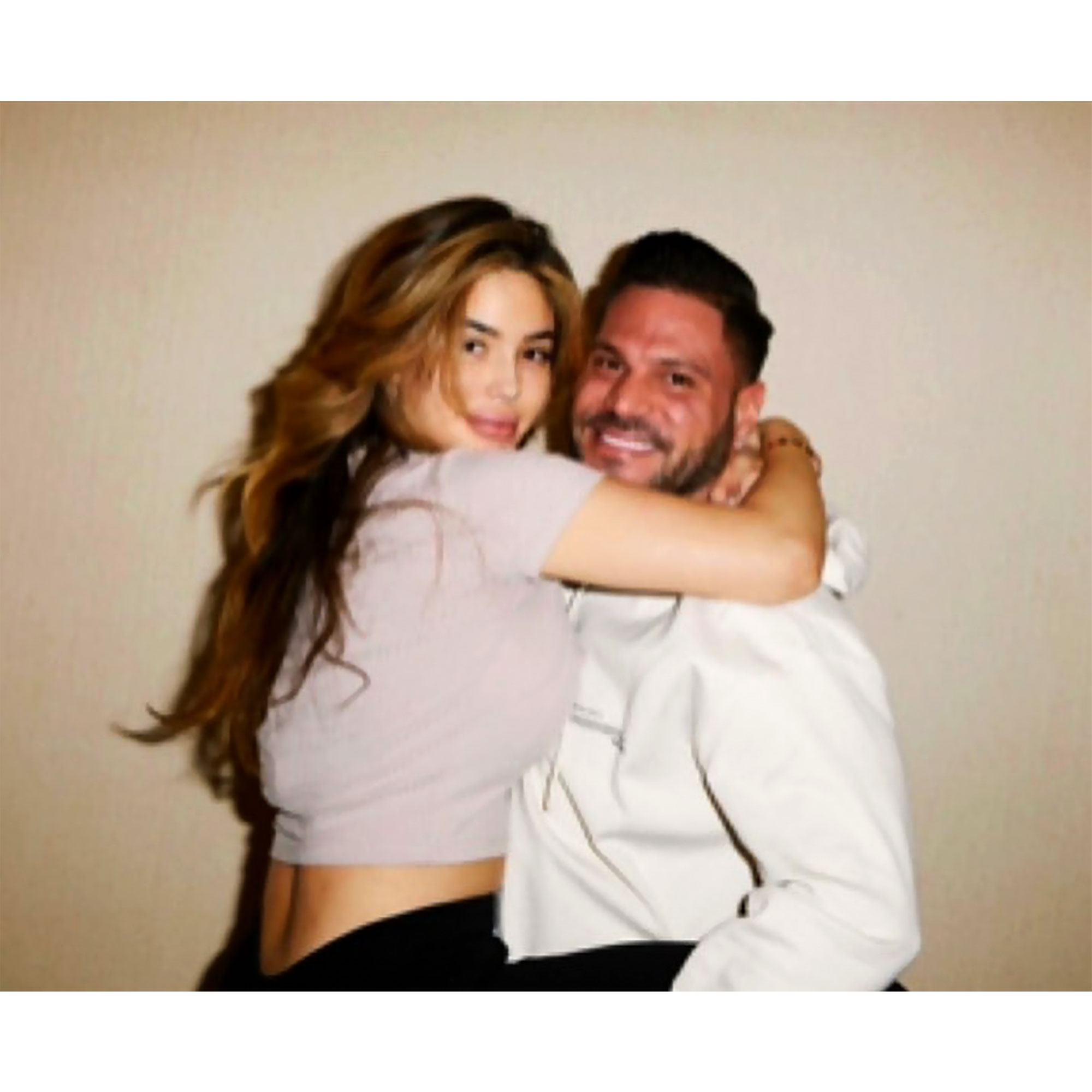 One month prior, Ortiz-Magro was released on $100,000 bond after being brought into police custody in Los Angeles following an alleged altercation. At the time, the Los Angeles Police Department confirmed that the reality TV personality was booked for “intimate partner violence with injury with priors,” referring to his past arrests.

A source later revealed to Us Weekly that Ortiz-Magro’s 3-year-old daughter, Ariana, “was with him” at the time of his arrest. “The incident did not involve his ex Jen Harley,” the insider added.

Ortiz-Magro was previously arrested in October 2019 after an alleged domestic violence dispute with Harley, 32. The on-off couple called it quits the same month. At the time, the Famously Single alum was charged with seven misdemeanors, including domestic violence, child endangerment, brandishing a weapon, criminal threats, false imprisonment and two counts of resisting arrest. He pleaded not guilty to all charges in November 2019 and was later put on a three-year probation. 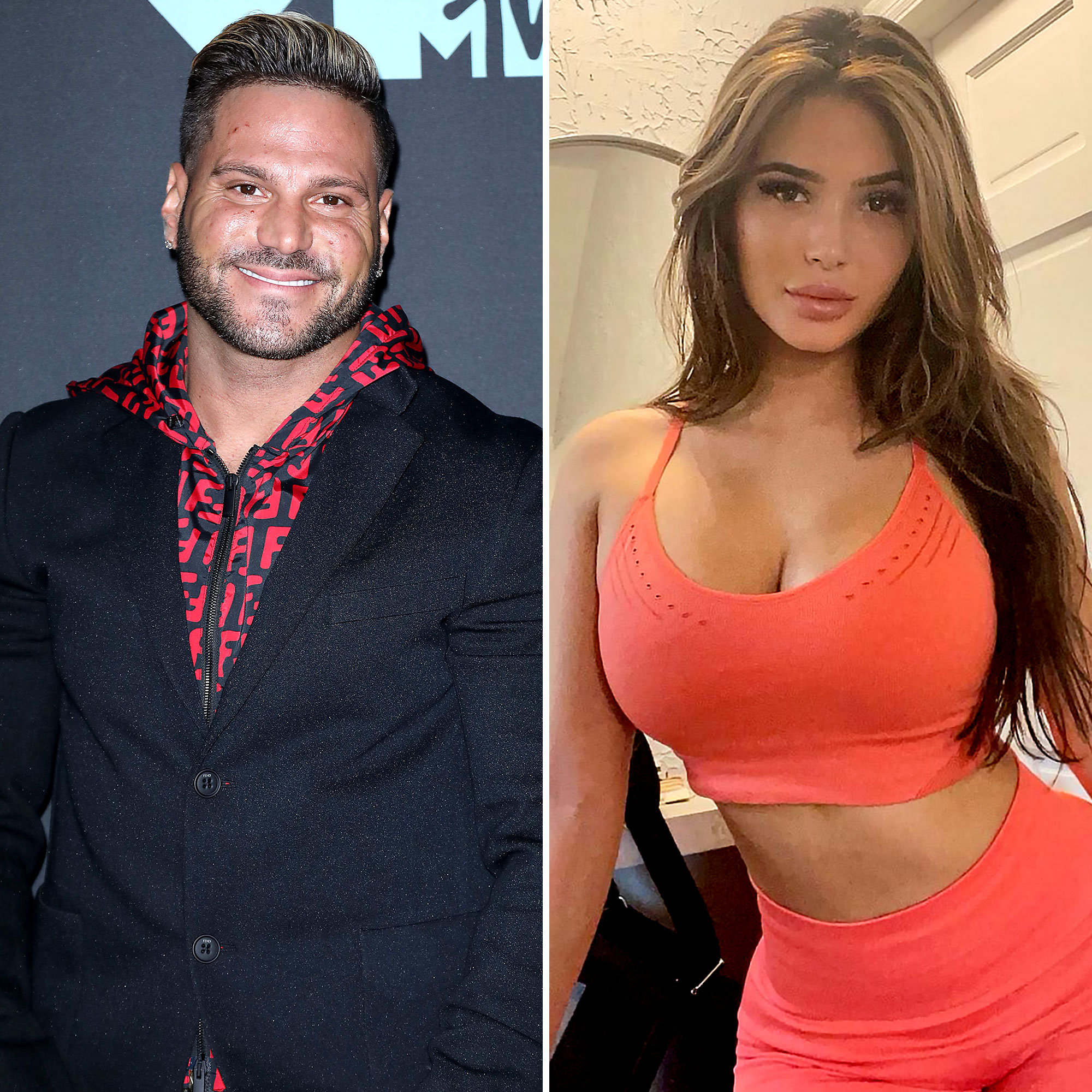 As part of his plea deal, Ortiz-Magro was also ordered to complete 30 days of community labor in Nevada and pay a $20,000 fine paid to a women’s shelter in Los Angeles. He was also expected to finish a 52-week domestic violence program.

Amid his recent ups and downs, the MTV personality has been grateful for Matos’ support. Shortly after the pair made their relationship Instagram official in November 2020, Ortiz-Magro gushed over how “special” his new flame is.

Get to Know the Next Generation of ‘Jersey Shore’ Kids

“It’s different for me because I found someone that adds to my happiness,” he told Us exclusively. “She supports me. She loves me, you know, and that’s something that I’ve always looked for. And I feel like that’s [something] that I have not gotten in return and it’s [something] that I’ve always given to other people. … I would definitely say I’m in the happiest place I’ve been in a long time.”

Following his April arrest, the twosome assured fans that they were still on good terms by sharing an inspiring quote about finding lasting love on their respective Instagram accounts.

Jersey Shore’s Ronnie Ortiz-Magro and Jen Harley: A Timeline of Their Drama

The sentimental posts came days before Ortiz-Magro announced that he would be taking a break from the Jersey Shore franchise to “get healthy and be the best man” he could be by seeking professional help.

“After talking to the team at MTV, we have mutually agreed that I will step away from the show while I seek medical treatment for mental health issues that I’ve ignored for too long,” he wrote on May 13. “My [No. 1] goal now is facing my struggles head on.”