Since surprise releasing her Folklore album on July 24, Taylor Swift’s opportunities to perform it live have been limited, but she finally debuted "Betty" live at the 2020 CMA Awards. The awards show kicked off on Sept. 16, and Swift stole the show with a stripped-down acoustic performance of her country-inspired track. If you missed the show, re-watching Swift’s on-stage moment is a must. Taylor Swift’s acoustic performance of "Betty" at the CMAs will give you chills.

Swift delivered the performance from the legendary Grand Ole Opry House in Nashville. In her first time performing "Betty," Swift kept it no frills and was the only person on-stage. She looked fresh-faced and rocked her natural curls which she threw up in a ponytail. It was also notably Swift’s first performance at a country music awards show since November 2013, so it was a special moment for Swifties everywhere. In fact, they couldn’t stop raving about the moment. "For the first time in 7 years… taylor swift just gave me goosebumps," one fan tweeted.

Others defended the simplicity of the performance. "I’m just going to say this and then I’m moving on: If you think stripped down, accoustic, Taylor Swift sitting on a stool with her guitar, singing while starring into your soul through a camera is boring, you’re not a Taylor Swift stan, idk what you are, but not that," another fan tweeted.

You can watch Swift’s debut performance of "Betty" below.

Six weeks before the performance, Swift revealed the true meaning behind the song’s title. She apparently named the song after Blake Lively and Ryan Reynolds’ third daughter Betty, who they welcomed to their family in October 2019.

"Everybody makes mistakes, everybody really messes up sometimes and this is a song that I wrote from the perspective of a 17-year-old boy," Swift explained during a radio interview (per People). I’ve always loved that in music you can kinda slip into different identities and you can sing from other people’s perspectives. So that’s what I did on this one."

"I named all the characters in this story after my friends’ kids… and I hope you like it!" Swift concluded. 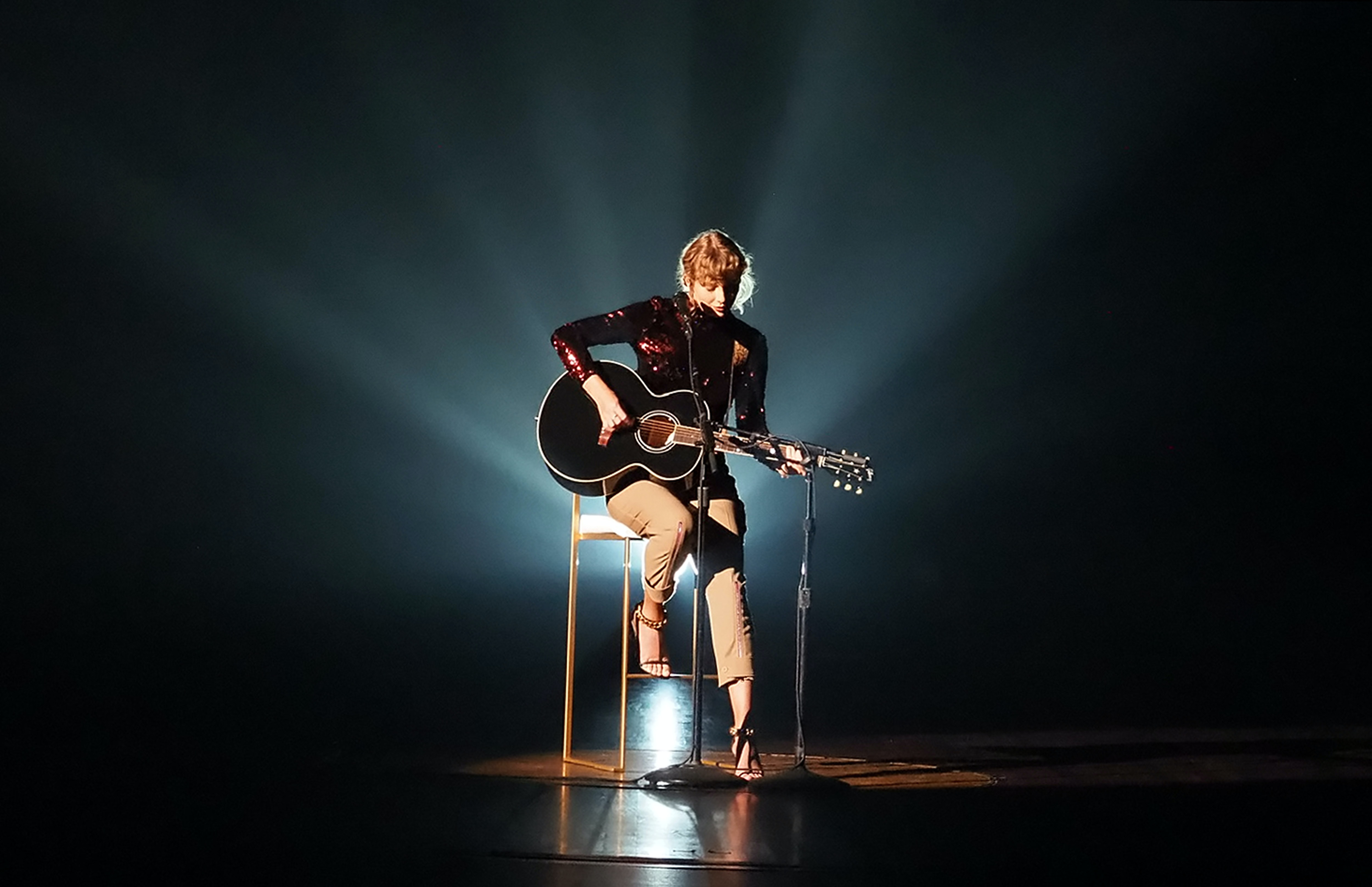 Swift has solidified her spot as one of the biggest pop stars of today, but it’s always the ultimate treat when she pays homage to her country music roots.