It would appear that Tayshia Adams has entered the Pensive Instagrams stage of her post-breakup recovery period. The Bachelorette cohost took some time on Christmas for a solo beach trip to reflect and practice gratitude and, you know, all the other stuff people do to get their heads right after a big heartbreak.

Tayshia traveled to Laguna Beach in Southern California to get her introspection on—and to post about the experience on IG, ofc.

“It’s a beautiful, serene morning,” Tayshia declared in a selfie video from the outing that she posted to her Instagram Story, according to Page Six. “Merry Christmas, everyone.”

In a second post, Tayshia shared a POV video that showed off the grey skies and crashing ocean waves that no doubt spoke to her post-breakup soul (they would have spoken to mine, anyway), and captioned the clip, “No better place to give gratitude, pray and reflect.” 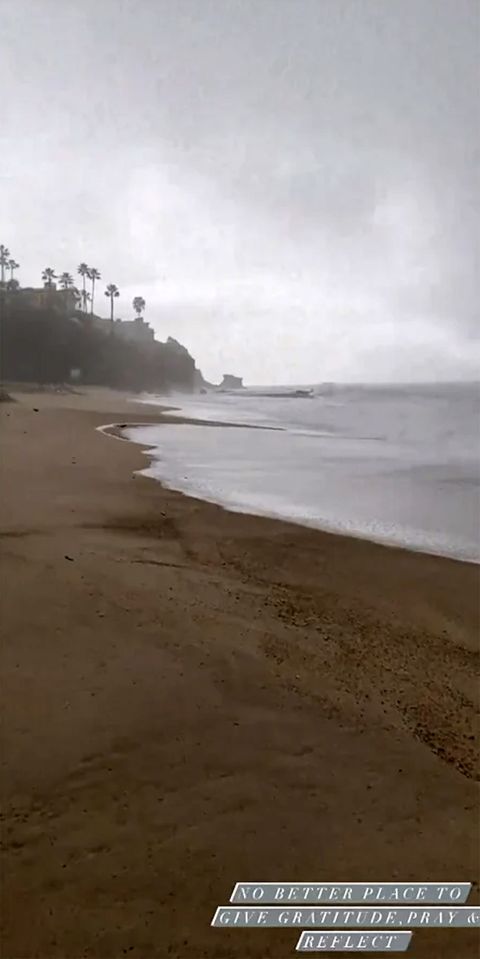 Tayshia’s day of dreary-weather beach reflection came on the heels of news that she and Zac Clark had ended their engagement—a decision that’s apparently been really hard for Tayshia. Earlier this month, Kaitlyn Bristowe talked about how Tayshia was went cameras weren’t rolling on the set of Michelle Young’s Men Tell All special, which filmed the day the news of Tayshia and Zac’s split broke.

“Tayshia, that day, was beside herself. I’m so proud of her for being so professional and being able to show up and put a smile on her face and do a great job hosting while going through it,” Kaitlyn explained during an appearance on Us Weekly’s Here for the Right Reasons podcast. “I know she was just really struggling that day because the news had broke, and she was really upset.”

During the special, Tayshia addressed the breakup personally, saying, “All in all, all I have to say is that I’m heartbroken,” Adams said at the time (per People). “But we tried really hard and I still love him very much. And I’m not sure what the future holds.”

Clearly, Tayshia is taking the time she needs to figure out what the future looks like.