Kelly Dodd’s exit from “The Real Housewives of Orange County” has been anything but smooth. On June 16, the mother of one posted a sweet exit note on her Instagram addressing her departure from the show. “The last five years have been an amazing experience,” she said. “I’m so grateful for all the love and support and so excited about the future,” she added.

However, it only took one day for her pleasant demeanor to flip. On June 17, she shared a text exchange between her and former co-star Braunwyn Windham-Burke in which she accused Braunwyn of getting them both axed from the show. In the lengthy caption she wrote alongside the screenshots, she said she could not believe Braunwyn had “the audacity” to text her.

Apparently, Kelly’s beef isn’t just with the stars of her own show. She is also feuding with “Shahs of Sunset” star Golnesa “GG” Gharachedaghi after Golnesa admitted she was happy to see Kelly leave “RHOC,” per Page Six. In response, Kelly said she had no idea who Golnesa was.

Now, Golnesa has a message directly for Kelly. “So apparently Kelly Dodd wants to talk a little bit of s**t and say that she doesn’t know my show, she’s never seen it, doesn’t know who I am. No problem. That’s okay. That’s probably why you’re not even on Bravo anymore,” she slammed in a video posted to Instagram on June 17. The mother of one then shared two tidbits of wisdom for Kelly. Keep scrolling to learn what she mentioned. 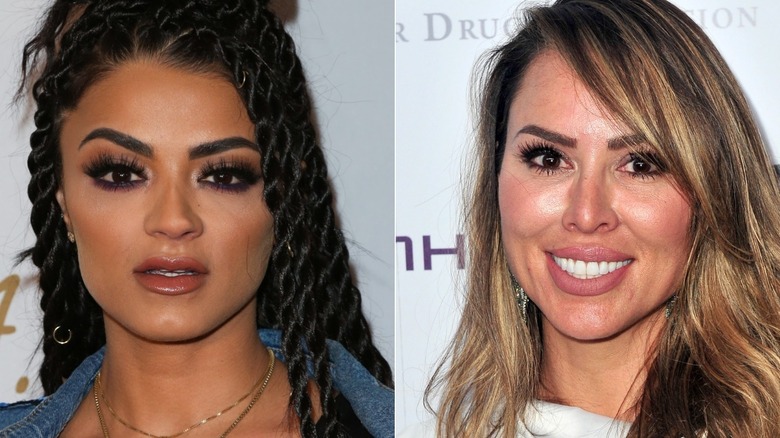 Although Golnesa “GG” Gharachedaghi said it’s “okay” that Kelly Dodd doesn’t recall who she is, she took the jab as an opportunity to share two messages with the former “Real Housewives of Orange County” star. “…if you don’t know your own Bravo family, you don’t belong in the Bravo family. That’s the first of all,” Golnesa stated in her Instagram video, which had Kelly tagged in its caption.

Then, Golnesa reminded Kelly who has been part of the “Bravo family” longer. “The second of all is I’ve been on Bravo a long time before you and guess what? I’m gonna be on a long time after you. I’m an OG of my show. I’m a starter of my show and I will be a closer of my show. It won’t be the other way around,” she explained. “Believe that Miss Dodd. Enjoy your Fox News life,” she ended.

At the time of this writing, Kelly has not responded to Golnesa’s new comments. Golnesa’s fans, though, quickly filled her comment section with messages of support. “Come on GG. That’s why I love u. Put her in her place,” one fan wrote. “Loved the way you handled that,” another pleased fan commented.