Products featured are independently selected by our editorial team and we may earn a commission from purchases made from our links; the retailer may also receive certain auditable data for accounting purposes.

If you, too, were on the edge of your seat while binge-watching Netflix’s The Queen’s Gambit, you’re not alone. Based on the 1983 Walter Tevis book of the same name (which takes its title from a popular move), the limited-run series about fictional chess prodigy Beth Harmon (Anya Taylor Joy) set viewership records to the tune of 62 million households in its first 28 days, says the streaming service. The coming-of-age story follows orphaned Harmon as she rises through the ranks in the Sixties and Seventies, proving to be (spoiler alert!) the pandemic’s welcomed feel-good sleeper hit.

In a New York Times column, chess master Dylan Loeb McClain writes that the show’s matches are based on real-life competitions and that many scenes accurately portray the high-stakes nature of the game as well as the time period. Although The Queen’s Gambit is no doubt compelling, there are plenty of gripping stories centered on real-life chess players.

Whether you’re a chess whiz or a spectator of the cerebral sport, we’ve rounded up some of the best books about chess prodigies. These biographies may just move you to pick up the black and white pieces — or perhaps just a new appreciation for its players. In addition to The Queen’s Gambit, check out our top page-turners about chess’ most famed move-makers.

1. The Queen’s Gambit by Walter Tevis

Even if you’ve already watched the Netflix adaptation, it’s still worth picking up Tevis’ 256-page book to read the compelling story in the author’s own words. As with any book-to-screen telling, there are even more details and plot twists that the show couldn’t fit into a mere seven episodes. Spoiler alert: Slate notes that among the omissions are too-controversial-for-TV scenes and character differences. 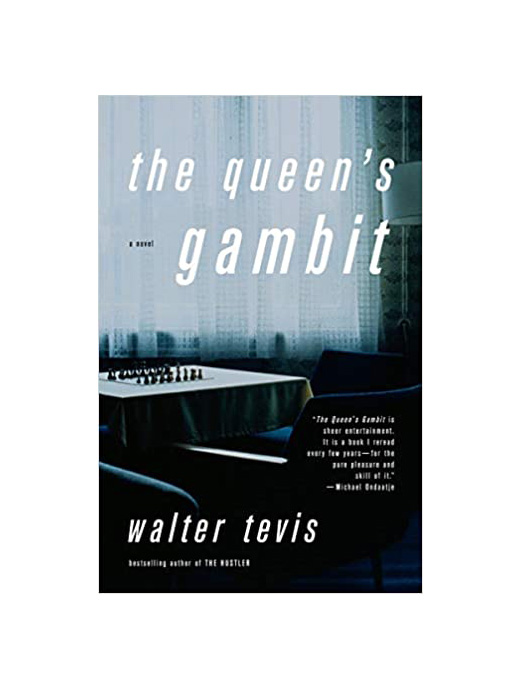 The Queen’s Gambit by Walter Tevis, $12, available at Amazon

2. Queen of Katwe by Tim Crothers

Another story translated for the screen, this one recounts the inspiring, true tale of chess prodigy Phiona Mutesi (played in the Disney film of the same name by Madina Nalwanga). The Ugandan refugee was introduced to the game at the age of 9 by missionary and fellow refugee Robert Katende, whose chess program provided porridge and a beacon of hope to children in the slums. Mutesi goes on to become her country’s junior champion at 11 and then its national champion at 15.

Grandmaster and Women’s World Chess Champion Alexandra Kosteniuk writes that Crother’s biography of Mutesi “offers readers a fascinating look at a war-torn and struggling nation, as well as the unlikely story of [her mentor’s] flourishing chess program. This story has the power to inspire girls everywhere.” 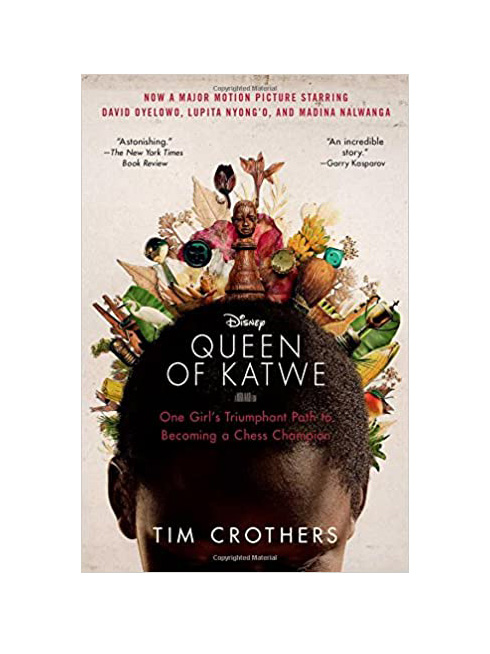 Queen of Katwe by Tim Crothers, $13, available at Amazon

Chess aficionados will recognize that The Queen’s Gambit‘s Beth Harmon takes cues from Bobby Fischer, perhaps one of the most famous prodigies and who became the youngest chess master in U.S. history at 13. This New York Times bestseller by biographer Frank Brady reveals Fischer’s entire story, from his childhood in poverty to his historical Cold War win in 1972 over Soviet champ Boris Spassky, and ending with his reclusive life in Iceland (where he died in 2008).

Throughout it all, the 448-page book recounts Fischer’s increasingly unpredictable behavior and state of mind, including his bizarre demands at games to his well-documented anti-Semitic comments. Unsurprisingly, his actions gave rise to speculation about his psychological state, though Brady writes that psychiatrist Magnús Skúlason (who befriended Fischer later in life) said that the chess player “definitely was not schizophrenic… he had problems, possibly certain childhood traumas that had affected him.” The tome also shares newly-discovered details about Fischer mined from FBI and KBG files. 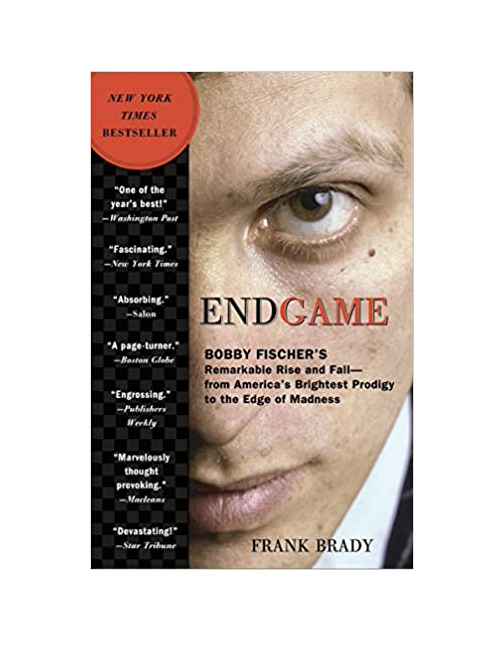 4. My Name Is Tani…And I Believe in Miracles by Tanitoluwa Adewumi

Nigerian refugee Tanitoluwa Adewumi won the New York State chess championship at 9 years old, less than one year after learning to play the game. A Trevor Noah-produced film is in the works, so expect to see his family’s incredible journey and his story of perseverance on the silver screen. (It’s slated to star Lupita Nyong’o, who was also in The Queen of Katwe.)

Until then, pick up his 224-page autobiography co-written with British author Craig Borlaise. The book tells Adewumi family fled to the U.S. after being threatened by the terrorist group Boko Haram, and how 8-year-old Tani practiced his moves into the night while living at a homeless shelter. Though it’s no secret that the story ends happily, the book’s uplifting and triumphant retelling of the Adewumi’s immigrant experience makes it worth the read. 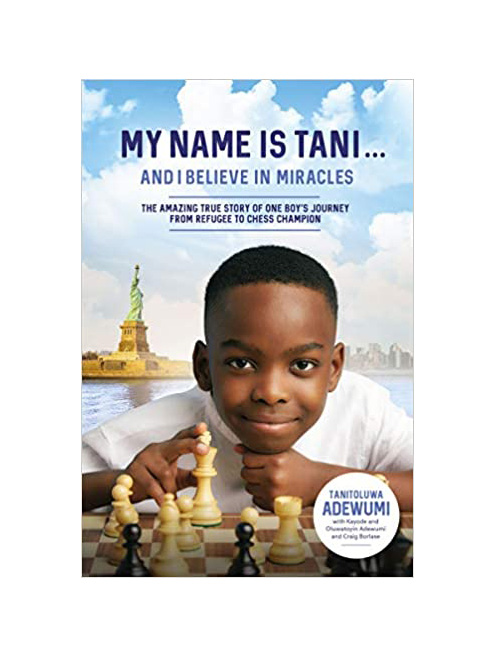 My Name Is Tani…And I Believe in Miracles by Tanitoluwa Adewumi, $14, available at Amazon

5. The Art of Learning by Josh Waitzkin

Chess prodigy Josh Waitzkin’s story may be familiar to those who have seen Searching for Bobby Fischer, the feature film based on the 1993 book written by his father. Now a martial arts champion, the author wrote his first book, Josh Waitzkin’s Attacking Chess, at 18 — but the Art of Learning has won accolades among players and non-players for its thorough guidance to learning like a pro.

Part autobiography and part how-to book, Waitzkin’s 228-page tome uses his life experiences to illustrate how to learn from losing, channeling emotions “into creative fuel,” and many other pro techniques. From learning chess at 7 years old in Washington Square Park to his many international championship wins in the worlds of chess and martial arts, the author navigates his thought processes and routines during it all to help the reader perform their best in any personal or professional challenge. 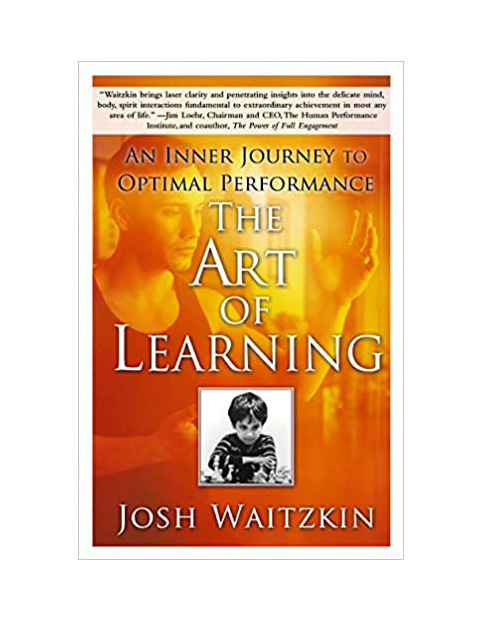 The Art of Learning: An Inner Journey to Optimal Performance by Josh Waitzkin, $15, available at Amazon

If you’re looking for more player profiles, there are plenty more in two-time American Women’s Chess Champion Jennifer Shahade’s book. The grandmaster and author shares her own experiences as an international competitor alongside dozens of stories of other women players of the past and present. Here, readers will learn about transgender player Angela Alston, Zambia-born Linda Nangwale, and Moscow’s Vera Menchik (the 1937 world women’s title winner), among many others.

Shahade’s eBook edition includes “some notable updates,” she writes in the preface, including Hungarian Judit Polgár, (“the strongest female player in history” and the youngest of the three grandmaster Polgár sisters), U.S. Chess Hall of Fame winner Mona May Karff, middle school chess coach Elizabeth Spiegel (the documentary, Brooklyn Castle is based on her), and more. 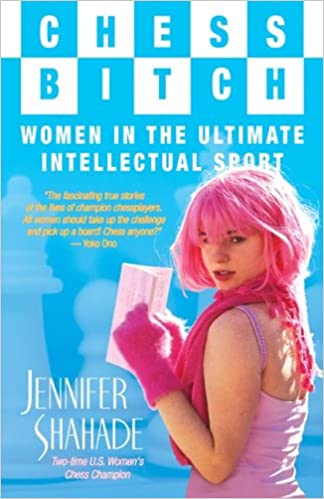