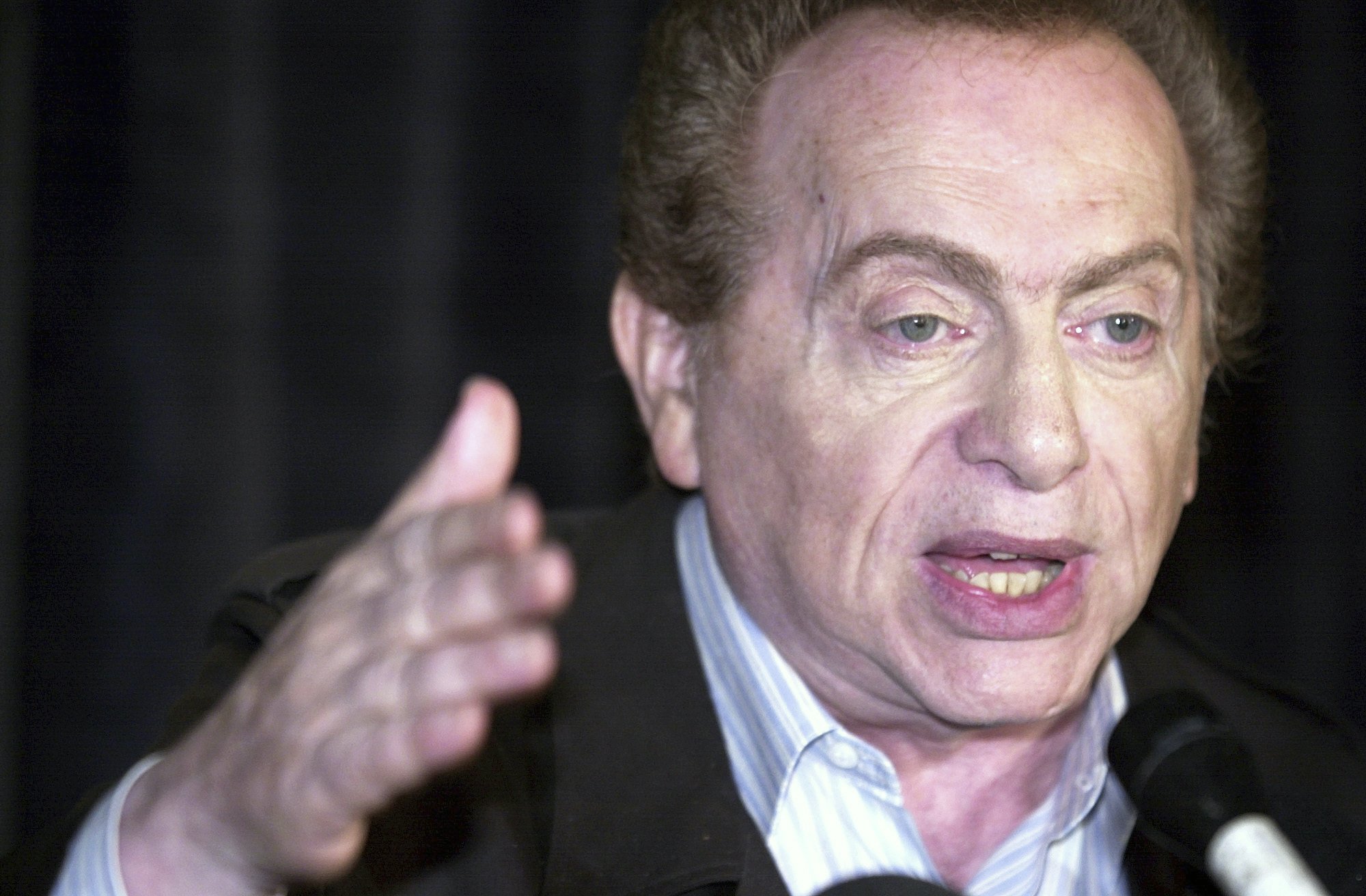 Legendary comedian Jackie Mason has died at the age of 93, it has been confirmed.

Mason, who was best known for his controversial style of comedy, died on Saturday at 6pm at Mt. Sinai Hospital in Manhattan, his longtime friend and  lawyer Raul Felder told the Associated Press.

The comic had been in hospital for more than two weeks at the time of his death, and is said to have experienced trouble breathing before dying in his sleep.

Mason, born Jacob Maza, rose to prominence with his Borscht Belt style of comedy after becoming a full-time comedian in 1959, known as amused outrage.

However, he was first a rabbi and at one point in time had congregations in Pennsylvania and North Carolina.

Opening up about his eventual move to stand-up, Mason told the AP in 1987: ‘A person has to feel emotionally barren or empty or frustrated in order to become a comedian.

‘I don’t think people who feel comfortable or happy are motivated to become comedians. You’re searching for something and you’re willing to pay a high price to get that attention.’

Mason made his mark on Broadway in the 1980s with his one-man show, The World According To Me!, which sold out at the Brooks Atkinson Theatre for more than a year. It earned Mason a special Tony Award while he also received an Emmy and a Grammy nomination after the show was adapted as Jackie Mason on Broadway.

The comic landed roles in movies such as 1988’s Caddyshack II, 1979’s The Jerk alongside Steve Martin and Mel Brooks’ History of the World: Part I in 1981.

Many will also remember Mason for providing the voice of Rabbi Hyman Krustofsky in eight episodes of The Simpsons. His first stint was in 1991 and his last in 2016 – he even won his third Emmy for his performance in 1992.

As well as glowing accolades, Mason’s career endured its fair share of scandal.

During a stand-up performance on The Ed Sullivan Show in October 1964, the host accused Mason of directing an obscene gesture at him after he had signaled the comic from offstage to cut short his routine – an address from President Johnson had interrupted the programme.

Sullivan then banned Mason from the show.

It turned bitter as Mason sued for libel and slander, Sullivan admitted that he had made a mistake, and the comedian was brought back for the show’s 1966 season premiere. However, Mason said the whole ordeal ‘basically destroyed my career for at least 10, 15 years’.

Mason is survived by his wife and daughter, comedian Sheba Mason, from a previous relationship with Ginger Reiter.