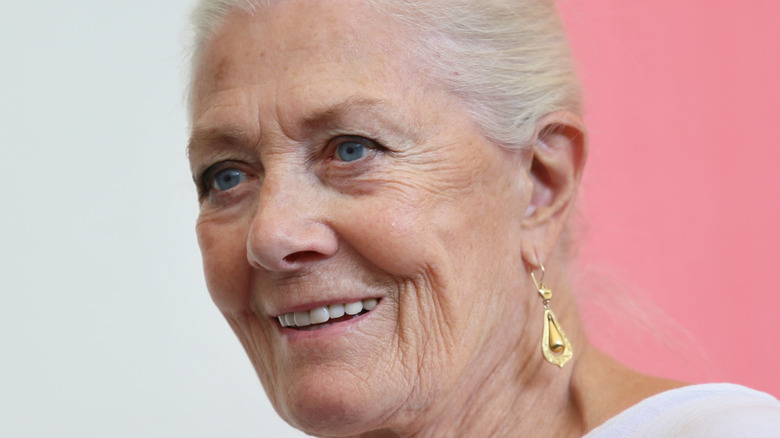 Described as “the greatest actress of our time” by Tennessee Williams (via BIFA), Vanessa Redgrave has been in the industry for more than six decades. Best known for her roles in “Howard’s End,” “Julia,” “Blow Up,” and the 1974 adaptation of “Murder on the Orient Express,” Redgrave has carved out quite the legacy for herself. She’s also one of the lucky few that holds the title of the Triple Crown of Acting, winning an Academy, Emmy, and Tony award (via BBC America).

Born to actors Sir Michael Redgrave and Rachel Kempson and sister to late actor Lynn Redgrave, Vanessa Redgrave has kept her relationships and family within the industry. Throughout her life she has fallen in and out of love with three major names in Hollywood, including “James Bond” actor Timothy Dalton. Redgrave’s children have also gone on to be mainstays in the industry, including the late Natasha Richardson who starred in “The Parent Trap,” “Asylum,” and “Maid in Manhattan” (via IMDb), and Joely Richardson, who starred in TV’s “Nip/Tuck” as well movies like “The Patriot,” “Event Horizon,” and “101 Dalmations” (via IMDb).

But who exactly has Vanessa Redgrave been linked to romantically? Here’s the truth about the actor’s dating history. 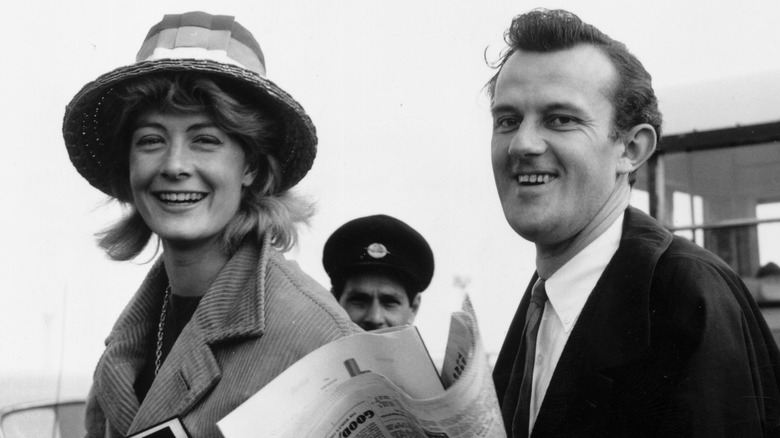 Redgrave’s first marriage was to film director Tony Richardson, whom she met following a theatre performance of “As You Like It.” Richardson was in the audience that night and described Redgrave as being “like a sinuous golden flame” (via Daily Mail). The two quickly struck up a bond, and would later marry in 1962. During their relationship they had two daughters, Natasha and Joely Richardson, both of whom would go on to become very successful actors in their own right.

Their marriage slowly started to deteriorate following the birth of their second daughter, and Richardson, who was bisexual, started an affair with an Irish silversmith named Michael who lived near their home, unbeknownst to Redgrave. But it was his infatuation — and later relationship — with French actor Jeanne Moreau that broke their marriage completely (via Daily Mail).

Richardson had cast Moreau in his film “Mademoiselle,” and Redgrave noticed almost immediately that something wasn’t quite right. “Tony came back literally elated,” she told Richardson’s sister, Deidre. “It frightens me because I recognize that feeling: I’ve felt it myself. She must be extraordinary — Tony seemed transformed, set alight.”

Redgrave faced further heartbreak in 2009 following the death of her daughter, Natasha 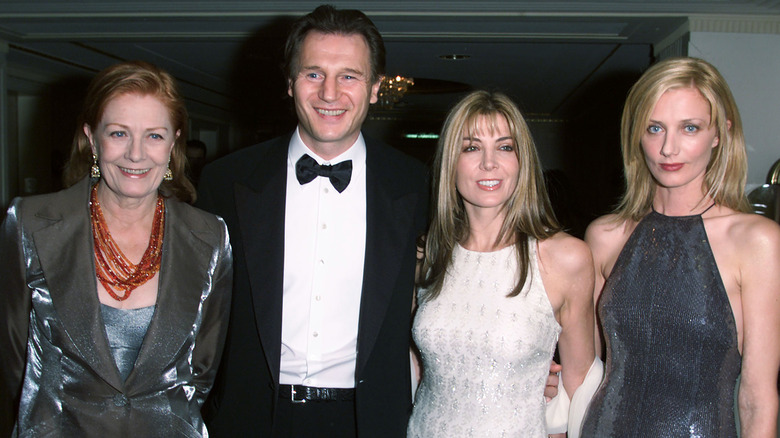 The director later admitted that he’d become “absolutely infatuated” with Moreau, and that she “was very excited sexually, very interesting and unlike other people.” Redgrave and Richardson filed for divorce in 1966, but surprisingly remained close friends (via Daily Mail). “If you’ve loved someone, it really is a very stupid thing if all that goes, just because the things that made you want to live together are gone,” Richardson explained. “There ought to be something left.”

Richardson would later die of an AIDS-related illness in 1991 (via the Guardian), and Redgrave would go on to face further heartbreak when their daughter Natasha died in 2009 from a trauma to the head following a fall on a ski trip with her husband, Liam Neeson, and their two sons.

“Time does not heal; that would seem to me to say that suddenly it’s okay, and it’s not. It never becomes okay,” Redgrave said in an interview with People magazine, going on to describe how Natasha’s death made her feel differently about her loved ones. “In my case, I treasure my family much, much more because you realize that the difference being alive and dead is the difference of a little fingernail,” she explained. “I think that makes you more aware and more caring.”

Redgrave's relationship with Franco Nero is the ultimate love story 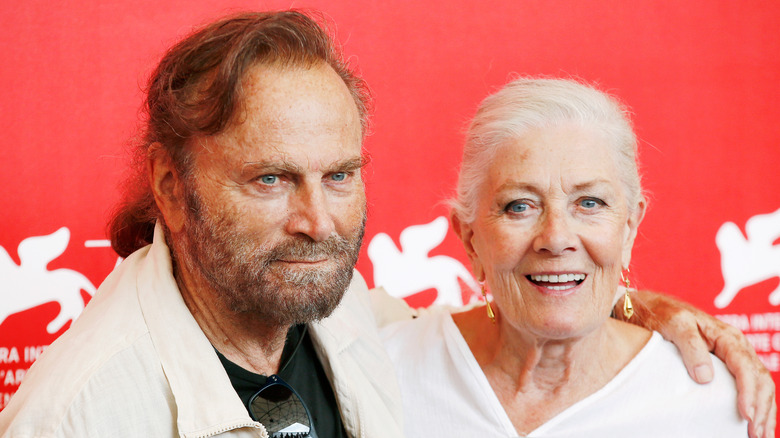 Following her divorce from Richardson, Redgrave fell for Italian actor Franco Nero. The two initially met on the Warner Bros backlot while filming “Camelot” in 1966; however, Nero wasn’t so impressed with Redgrave on first glance after being introduced to each other by the film’s director, Josh Logan. “I see this woman wearing blue jeans with holes, glasses, and no make up,” Nero told the Los Angeles Times, adding, “I was sort of cold when he introduced us. I said later, ‘Josh, are you sure you got the right actress? She’s ugly.’ He said, ‘Don’t worry, you’ll see.'”

Going on to explain that he was “a young Italian boy who thought women had to be dark like Sophia Loren,” he would eventually meet Redgrave for dinner and was knocked off his feet. “She was completely changed,” he said. “Unbelievable.”

During their relationship they had a son together, Carlo Gabriel Redgrave Sparanero, who would later become a screenwriter and director. It was shortly after his birth that they parted ways, but Redgrave and Nero would later rekindle their relationship in 2004 and eventually marry in 2006. “We were never really separated,” Redgrave told BBC Radio 4 (via the Telegraph). “We had plenty of times when we weren’t speaking to each other or when we were shouting at each other. Mostly the worst times were when we were not speaking to each other.”

In an interview with Express, Franco put their relationship saga in the simplest of terms: “Life is sometimes very complicated. I always loved her.”

Redgrave also had a decade-long relationship with Timothy Dalton 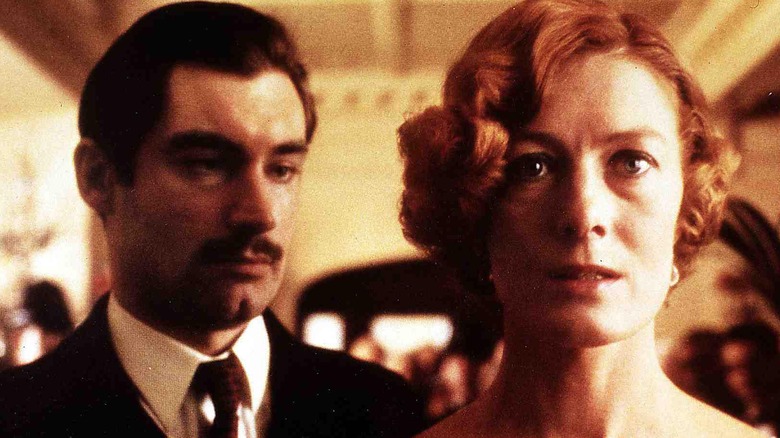 Throughout the 1970s and 1980s, Redgrave was in an on-and-off again relationship with actor Timothy Dalton. They initially met when filming “Mary, Queen of Scots” in 1971 (via the Guardian), eventually breaking up for good after Redgrave refused to spend a Sunday with him as she preferred “to stand on a picket line” (via the Washington Post). Redgrave has long been an activist, demonstrating against issues like the Vietnam and Iraq wars (via the Hollywood Reporter).

Throughout their time together, the two would often find themselves arguing about dozens of subjects, specifically “Hamlet.” Author Dan Callahan wrote in his biography of Redgrave that she and Dalton argued for six hours over the “To be or not to be” speech. Talk about dedication. “Dalton provoked and challenged her, and she responded to that,” he wrote (via Roger Ebert). Callahan also described that while Dalton was a “severe critic of her work,” Redgrave knew “that if he ever paid her a compliment it really meant something.”