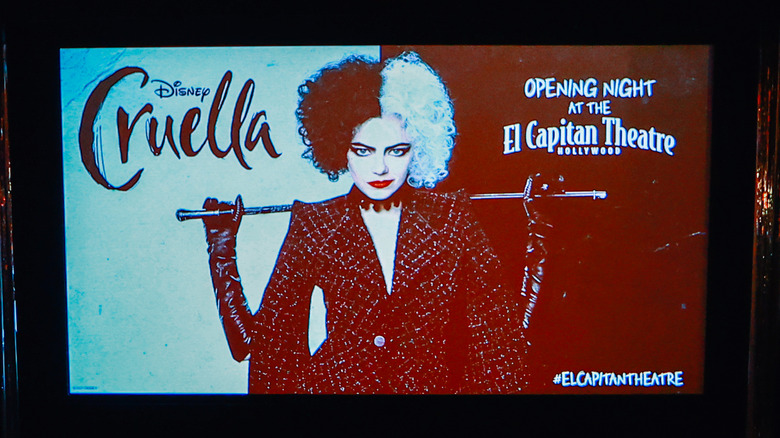 “Cruella” is Disney’s latest live-action film based on their previous animated works, this time giving a backstory to the titular character who first appeared in “101 Dalmations.” Played by Emma Stone, Cruella discovers new truths about her childhood, and viewers see her descent into madness. She’s an iconic Disney villain, and here she follows in Maleficent’s footsteps and finally gets her chance to shine.

The 1970s London-set film received a PG-13 rating, something with which Disney is experimenting (via IMDb). There appears to be an understanding at Disney headquarters that their characters appeal to people of all ages, so making films that include nods to adulthood and subject matter that adults would pick up only makes sense.

First and foremost, “Cruella” has one of Disney’s first clearly, openly gay characters. Artie owns a boutique, and he not only befriends Cruella but also aids her rise to prominence in the London fashion scene (via Them). While younger audiences may just see Artie as a fun, eccentric character, adults understand that this is a huge step in the right direction for Disney, whose attempt at representation in 2017’s “Beauty and the Beast” was underwhelming to say the least. Now, we just need to see a gay character also have a love interest and happy relationship in a Disney film, and we’ll really be headed in the right direction! 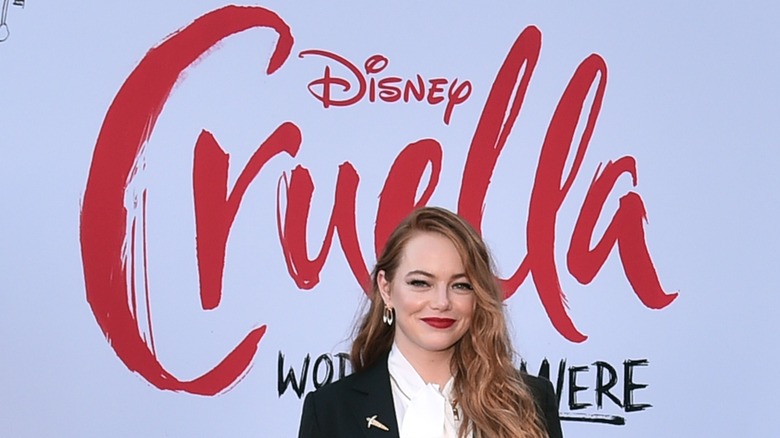 Adult viewers of the new Disney film will likely also notice its similarities to “The Joker.” These comparisons began as soon as the film’s first trailer released, with Cruella and the Joker’s descents into madness being especially discussed. According to Screen Rant, it’s the film’s tone and theme that audiences are connecting to the DC villain, and Cruella’s flashy entrance to the Baroness’ party, during which she sets fire to her dress, only made this comparison stronger.

Emma Stone heard of these comparisons, and of them, she said, “It’s very different from Joker in many ways…I would never even remotely compare myself to Joaquin Phoenix,” before adding, “I wish I was more like him” (via Screen Rant). All we know is that Cruella and Joker are two distinct characters, and we love them each for what they are.

While the film carried a dark tone, it also rid itself of Cruella’s habitual smoking. In “101 Dalmatians,” the puppy thief was always seen with a cigarette holder in her hand, but Disney has since decided to stop portraying smoking in its franchises in hopes that its audiences won’t adopt smoking (via Variety). Adult viewers will be quick to notice this absence, but they’ll also notice that the film does, in fact, depict alcohol, so they didn’t remove every adult form of consumption. Don’t worry, though: Cruella maintains her horrendous driving abilities in the film, so some of her signature characteristics remain in place.

Here's how Cruella pays homage to its time period 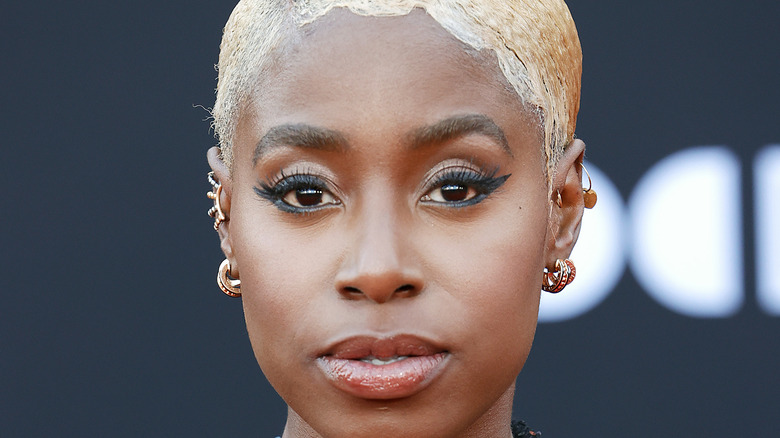 “Cruella” may be dark, but it also pays homage to the ’70s, in which it’s set. For example, Cruella adopts a punk rock aesthetic in the film, which as a music genre was taking off during this decade (via USA Today). Younger fans will think she simply looks cool and edgy, but adult fans will understand the specific references being made. The wannabe fashionista even holds a punk rock-themed fashion show when disrupting one of the Baroness’ events in the film. Incorporating the punk rock movement is a brilliant way to make Cruella more likeable and relatable, and it’s also a great way to show off her signature black and white look.

Moreover, the film plays with the media’s power to create, protect, and/or uphold narratives. As a young child, Cruella, who then went by her birth name of Estella, befriended a girl named Anita Darling, who grew up to become a journalist. In the present day, Cruella and Anita rekindle their friendship, and Anita protects Cruella’s identity from the Baroness and her underlings. Anita even prints stories that uplift Cruella’s looks and give her some spotlight. According to The Verge, Cruella is “besmirched by popular media,” but if anything the media works to her advantage, concealing her identity and helping her make a name for herself, all while spinning stories that won’t degrade her too harshly. This is allegorical to the ’70s and to today, with the media’s position in society and how much power it should have are often under scrutiny.

These are just a few things adults may notice in “Cruella” that younger viewers may not pick up. Have you seen this twisted film yet? It just hit Disney+ and theaters on May 28, 2021, so you’ve still got plenty of time if you haven’t!