Funny actor Jason Sudeikis seems pretty likeable, so why would anyone “ghost” him? Especially when that person was being asked to work on what would become an Emmy-winning, fan favorite like Ted Lasso?

Find out which star left Sudeikis hanging “for months” when he asked them to lend their magic to the show – and whether he was waiting for their return call. Plus, one down-to-earth reason he’s a favorite with fans. 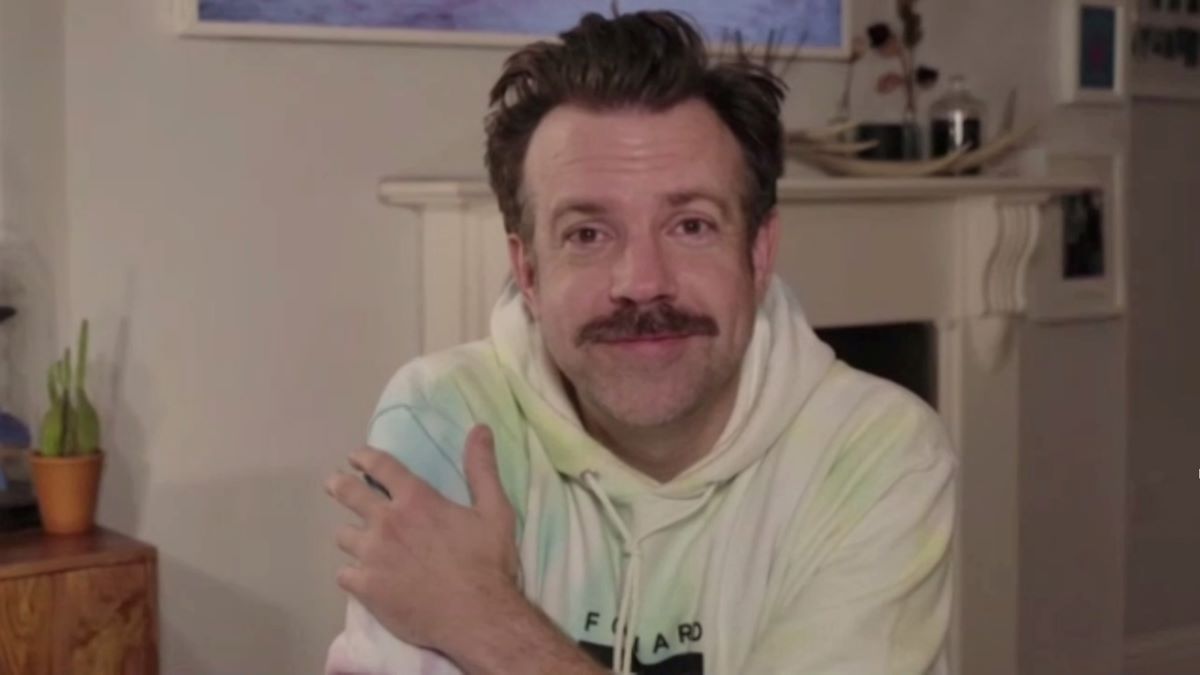 Why would it be so outrageous for someone to “ghost” Sudeikis? To start, he’s funny and charming. Whether he’s in a suit on the red carpet or in a hoodie on a couch, he can win over audiences with his seemingly effortless charisma.

For instance, there was an uproar about his 2021 Golden Globes outfit choice. Instead of the “top half of a Tom Ford suit,” he put on a hoodie from his sister’s dance studio. He said it represented how he felt at the time, like “moving forward”.

A few weeks later, Sudeikis made another hoodie choice for the Critics’ Choice Awards and solidified his place as a favorite in the hearts of some fans.

So, why didn’t one of Sudeikis’ old friends respond to his call when he asked for their help on Ted Lasso?

Marcus Mumford didn’t know he was ‘ghosting’ his friend

Marcus Mumford of Mumford & Sons revealed to USA Today that he left Sudeikis hanging for months – but not on purpose.

“He loves leaving a long message, that one,” he explained. Sudeikis left “a very long message” on a phone Mumford left in the U.S. while in the U.K. “So, I actually missed it and it had been in my phone for a couple of months, and he thought I was just ghosting him.”

Luckily, Mumford received the message and called Sudeikis back. Soon after, he visited the set of Ted Lasso before he started making the theme song for the show. Fortunately, Sudeikis hadn’t moved on to any other musical choices yet, and that might be because the two were already friends.

How did Jason Sudeikis and Marcus Mumford meet?

Mumford revealed that he and Sudeikis’ friendship dates back to his band’s visit to Saturday Night Live. “Despite being an American comedy great, Jason has a real British taste in his sense of humor. So that’s one of the reasons we hit it off,” he noted.

In 2013, Mumford asked Sudeikis to appear in a music video for the Mumford & Sons song “Hopeless Wanderer” and he obliged. Sudeikis starred alongside friends and fellow comedy actors Ed Helms, Jason Bateman, and Will Forte.

It seems like the two have a pretty good friendship — so maybe Sudeikis just knew that Mumford would respond to his message about Ted Lasso as soon as he could get back to his U.S. phone.

Look like fans of the show can be glad the two friends connected in the first place. And that Mumford returned Sudeikis’ call late, but still on time.