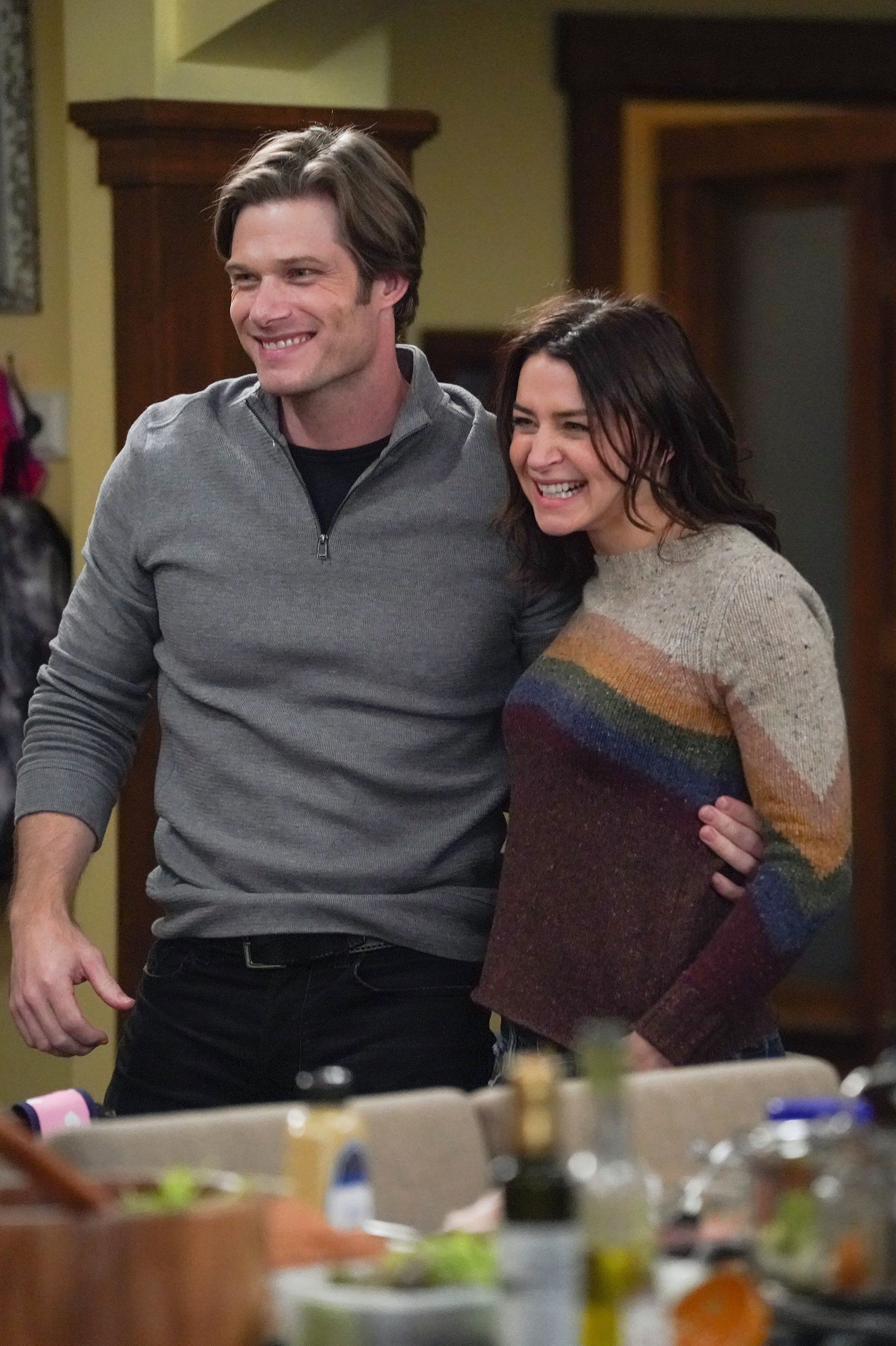 Grey’s Anatomy Season 17 has been full of pandemic-centric heartbreak, but if there’s been one bright spot in the season, it’s Amelia and Link. The new parents have been at home with baby Scout and Meredith’s children since the premiere, giving fans a much-needed break from hospital drama every now and then. In fact, Amelink has been going so strong that some fans are wondering: Will Amelia and Link get married on Grey’s Anatomy? Their relationship is solid, but now may not be the right time for wedding bells…

Warning: Spoilers for Grey’s Anatomy Season 17, Episode 11 follow. After taking care of four kids throughout Season 17, Amelia and Link got some much-needed alone time when Link’s parents offered to take the kids out for the day. Considering his parents recently remarried after a painful divorce that traumatized Link, he had a lot of feelings when his mom pressured him to marry Amelia already and even called Amelia her "daughter-in-law."

When the couple were left alone and Amelia suddenly burst into tears, Link misread the situation and assumed Amelia was upset by the whole marriage conversation. So, naturally, he dropped to one knee to propose on the spot. However, Amelia stopped him and the two had a long conversation about what getting married would actually mean for them.

Although Link admitted he was still scarred by his parents’ tumultuous marriage, he was open to marrying Amelia and even suggested a New Orleans rooftop as their wedding venue. But Amelia told him she wasn’t ready just yet, because, in her view, she was a bad wife and was wired for self-destruction. Plus, she’s been struggling with her sobriety during the pandemic.

So, the pair talked through how they could support each other here and now, and Link jokingly proposed one more time before an amused Amelia brushed him off. In summary: Don’t get your hopes up for an Amelink wedding just yet. Their relationship may be in a good place right now, but between their messy experiences with divorce and Amelia’s fight to stay sober while helping Link take care of four kids, planning a big wedding isn’t at the top of the couple’s to-do list. Still, if Amelia and Link keep growing together as a couple, there’s a good chance they could tie the knot before Grey’s Anatomy is through.