When 25-year-old beauty YouTuber Nikita Dragun bumped and grinded with Alejandro Sario, a TikToker who only just turned 18, some onlookers labeled it as “creepy” and “predatory.”

There is nothing illegal about two adults enjoying each other’s company by dancing and sending suggestive messages to one another on social media, but the condemnation of this public interaction was part of a growing discourse online scrutinizing age gaps in relationships between consenting adults.

This is a far cry from how the world viewed relationships, even between minors and adults, in the 90s and early 2000s.

In 2005, when then-16-year-old Hilary Duff started dating Good Charlotte’s Joel Madden, who was 24, the story was barely given any attention at all. An analysis by Abby Schreiber in Paper Magazine found that very few articles between 2002 and 2006 mentioned the words “underage” or “illegal” when writing about their love life.

Nor does it seem anyone batted an eyelid in 1993, when Jerry Seinfeld, who was 38, approached 17-year-old Shoshanna Lonstein in Central Park to ask her out, and subsequently dated her for four years. Stories like these “elicited very little finger-wagging by the press,” Schreiber wrote, citing a source in People Magazine which claimed Lonstein’s family “approved of the romance.”

“Whatever people actually thought about these couplings, there was very little of the media indignation we see today,” Schreiber’s article, from 2015, reads.

In 2021, there is a greater spotlight on the potential negative impacts of previously under-discussed power dynamics in romantic relationships can have on burgeoning adults. The perception around age gaps has changed, in part because society has a better understanding of how young people can be affected by past relationships. This awareness of illegal underage relationships is now being projected onto age gaps at large, despite the levels of harm varying greatly.

Experts spoke with Insider about how this cultural shift emerged, and where the real legalities and gray areas lie.

The perception of age gaps has changed partly because there’s heightened awareness of predatory behavior in general.

Every age gap is not a sign of predation or bad behavior, and many relationships between adults of vastly different ages have been successful, but because a significant age gap or power differential is apparent in all sexual grooming cases, it’s led to a hyperawareness of the possibility that the younger parties in age gap relationship are being taken advantage of.

Grooming is defined as “manipulative behaviors that an abuser uses to gain access to a potential victim,” according to RAINN.

What previously may have been once looked at as harmless interaction between an adult teenager and a young adult is now viewed in the context of stories of abuse, which has led many internet dwellers to be more conscious and sensitive to the likelihood of predatory behavior.

“The impact of grooming can last a lifetime, no matter whether it happened in person, online or both,” according to an article on the NSPCC website, which cites anxiety, depression, eating disorders, post-traumatic stress disorder, and self-harm as just some of the potential long-term after-effects.

Now that the potential harm is better understood, there is less tolerance for anything that might fall into that category.

In influencer culture, the discussion of age gaps in relationships is everywhere, largely because of the young age of massively popular influencers and their followings.

Several underage fans have come forward to say they exchanged sexually explicit messaging with older high-profile influencers in their 20s such as beauty YouTuber James Charles and TikToker duo the Lopez brothers.

When Charles, who is 21, came under fire for sexting with underage boys, he posted an apology video in which he said he had no knowledge of the boys being underage and did not confirm their ages because he was “desperate” for a love connection. This generated a debate about the power dynamic between a celebrity and a fan, and the responsibility Charles had to be the adult in the situation. Charles has been mostly out of public sight since the allegations.

The maturity level of both parties is crucial in consent, and it can vary greatly in adolescence

The change in social norms around the perception of age gaps may also come from an effort to protect minors from behaviors they may look back on and regret when they’re older. While they may not be aware of any damage when they are young, as teenagers grow up, they may develop a better understanding of the effect dating someone significantly older may have had.

According to child and adolescent psychologist Dr Katherine Nguyen Williams, the founding director of the Anxiety & OCD Clinic at Rady Children’s Hospital in San Diego, the key thing to take note of concerning consent in a relationship is the mental developmental level of the people involved. In other words, how mature they are.

The prefrontal cortex — the part of the brain responsible for judgment and decision making — continues to develop until our mid-20s, which can often lead to more impulsive behavior from young people.

For some underage teenagers, it can be close to impossible to make informed decisions about romantic engagement with someone who is considerably older than them, Williams said. As they grow up, they may realize their relationships, which once felt acceptable to them, were setting them up for future trauma.

The recent popular understanding of this, brought to light by the experiences of celebrities such as Courtney Stodden who married a much older man when they were a teenager, has helped morph the public perception of age gap relationships at large.

Psychologist and sexual violence prevention expert Dr. Elizabeth L. Jeglic, who is a professor of psychology at John Jay College in New York, told Insider the outcome of two 17-year-olds being romantically involved, then one of them turning 18, is unlikely to be emotionally damaging when compared to a minor dating someone who is 21 or older.

“They’re just at two very different developmental levels,” she said. “This is somebody who’s taking advantage of someone who is young and vulnerable. They might not be recognizing that that’s what they’re doing, but that’s ultimately what happens.”

“Awareness of the nature of child sexual abuse and its multiple dimensions is an essential condition for prevention, recognition, and action, and is required at individual, institutional, and societal levels,” states a study from 2016 published in the Journal of Public Health Policy.

But not all age gaps in relationships signal predation. While greater understanding of how certain interactions between teens and adults can become harmful is generally considered a way to reduce the harm on minors, there is also a risk that potentially mischaracterizing or over-reacting to certain relationships could desensitize the public to scenarios that are particularly problematic or more serious.

For example, if there is outcry over a small age gap between two teenagers who are romantically involved, there’s a chance criticisms of truly predatory behavior may be discounted as alarmist.

An example of the complex scenario Jeglic described is the gray area when a minor has a partner who turns 18. When TikToker super-couple Charli D’Amelio and Chase “Lil Huddy” Hudson broke up in April last year, for example, onlookers had already decided their relationship was a ticking time bomb, as a debate broke out about whether it would be inappropriate for Hudson, who had just turned 18, to continue dating 16-year-old D’Amelio. 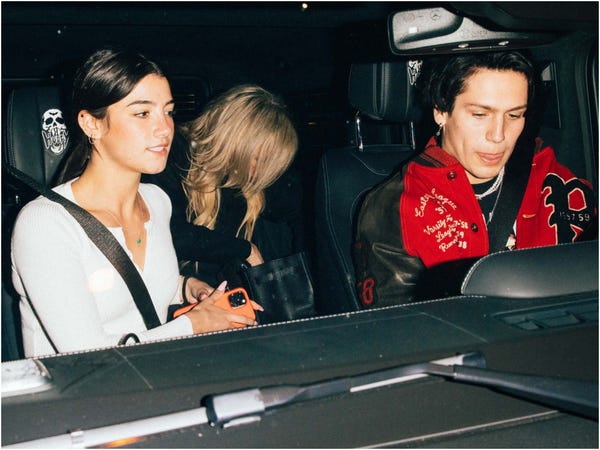 Laws have been made to try and pick apart the tangled web of the complexities around age gaps, particularly between two teenagers.

Consent laws vary around the world, but generally in the US and UK, someone who is under the age of 18 cannot legally consent to sexual relations with someone over 18. However, according to legal commentator and former LA District Attorney Emily D. Baker, this doesn’t mean 17-year-olds don’t willingly have sex.

If a parent, classmate, or even a member of the public perceives a relationship between a 17-year-old and an 18-year-old as wrong and reports it, prosecutors will likely look at the willing participation of the person who’s underage, she said. This is because sometimes the 18-year-old will only be a few months older than them.

Both of these scenarios could technically be illegal, but it becomes less important to prosecute the closer teenagers are in age and the closer the minor is to turning 18. The sliding scale effectively tries to determine the level of harm. An adult sexting with young minors who are under 16 years old is considered more harmful than an 18-year-old being in a committed relationship with someone less than a year younger.

“The closeness in age for sure impacts prosecution because just because something is, on the books, illegal, doesn’t mean it will be prosecuted,” Baker said. “If you’ve got somebody texting minors who are 14-years-old and getting them to send nudes, that’s a bigger problem.”

So-called “Romeo & Juliet laws” were created for this reason, preventing young people from being added to the sex offender register. In Florida since 2007, for example, young people who have sexual relations with a minor, provided they are between 14 and 17 years old and no more than four years their junior, will not be classed as a sex offender. The interaction isn’t technically legal, and many states still prosecute in some cases.

The entire perception of when adulthood begins may have changed completely

There may be more attention being given to age gaps between younger people and whether they are harmful because the idea of emerging adulthood has changed over time, according to Theresa DiDonato, a psychologist at Loyola University Maryland who focuses on romantic relationships.

As life expectancy increases, and a larger proportion of millennials and Gen Z decide against having children, there has been a cultural shift of what being an adult looks like. The mean age of marriage in the US is now 28, for example, and has been steadily creeping up every year. The average age of a first time mother in the US was 21 in 1972, and now it is 26.

This may have led to perceiving young adults as juvenile for a longer period, rather than society pressuring them into growing up.

“Fifty years ago people were adolescents and then they were adults, and so they would take on responsibilities of adulthood much earlier than people do now,” said DiDonato. “Now there’s this extensive period that we call emerging adulthood that runs from about age 16 or 18 to age 26, 28, pushing towards 30.”

She said it’s a time of “intense identity exploration” where young people can experiment with different careers and move countries, which is an opportunity afforded to them that never used to exist in the same way.

“Maybe we’re just pushing everything a little bit later in terms of maturity, like letting kids be kids longer,” said DiDonato. “We could just simply be redefining when real adulthood begins.”