Singer-turned actress will be celebrated for playing the title role in “The United States vs. Billie Holiday” 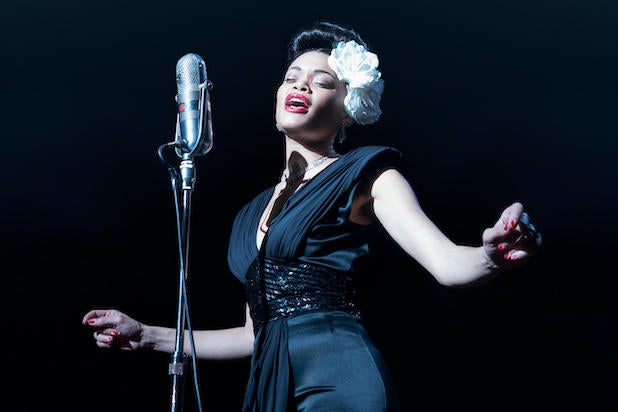 Day will receive the award for her performance as Holiday in the Lee Daniels film about the iconic but tortured jazz singer, who was relentlessly pursued by the FBI while fighting drug addiction in the 1940s and ’50s. The role marks the acting debut of Day, a singer who has received Grammy nominations for her album “Cheers to the Fall” and single “Rise Up.”

On Wednesday, she was nominated for a Golden Globe Award for her performance.

“Few jazz vocalists are more beloved than Billie Holiday, and Andra Day brings Holiday and her iconic voice back to life through a sympathetic and nuanced portrayal that sheds new light on the U.S. government’s role in seeking to muzzle a homegrown legend,” PSIFF chairman Harold Matzner said in a statement.

While the Palm Springs Awards Gala typically takes place in the desert resort town at the beginning of the annual Palm Springs International Film Festival, this year’s festival and gala will not take place as in-person events.