“At 83 years of age I did not expect to get this award,” Hopkins said of his best actor win in a video posted early on Monday morning. 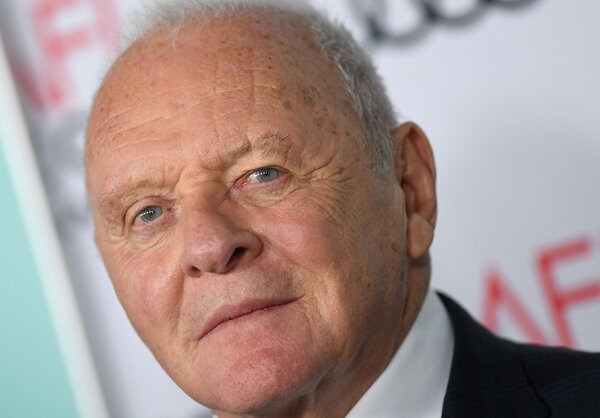 About four hours after he won best actor at the 93rd Academy Awards in an upset, Anthony Hopkins delivered his acceptance in a video from Wales, taking a moment to acknowledge the actor who had been widely expected to win posthumously, Chadwick Boseman.

“At 83 years of age I did not expect to get this award — I really didn’t,” said Hopkins, who won for his role as a patriarch struggling with dementia in “The Father.”

On Sunday night, Hopkins became the oldest actor to win the award, almost three decades after his first Oscar win in the category, for “The Silence of the Lambs.”

The award provided a strange ending to the ceremony. When Boseman was awarded a Golden Globe for best actor earlier this year, the emotional acceptance speech given by his widow, Taylor Simone Ledward, was the emotional highlight of the night. Perhaps with that in mind, the Oscars switched the traditional order of categories this year so that the best actor award came last, after the best picture had already been awarded.

Boseman, who had been widely expected to win, did not — and Hopkins was not present to accept the award in person or virtually, resulting in a stilted, anticlimactic ending.

“I want to pay tribute to Chadwick Boseman who was taken from us far too early,” Hopkins said in his video, which was posted to social media.

Posted in the morning in Wales, the video was short and sweet, with Hopkins thanking the typical cast of characters in the caption to his Instagram post: the film’s production company, his talent agency, his family.

“Thank you all very much,” Hopkins said. “I really did not expect this.”