Bill Wittliff, a garrulous Texas-bred screenwriter who adapted Larry McMurtry’s sweeping Pulitzer Prize-winning western novel “Lonesome Dove” into a hit mini-series, died on Sunday near his home in Austin. He was 79.

His wife, Sally (Bowers) Wittliff, said the cause was a heart attack.

By the time he retold Mr. McMurtry’s 1985 novel about two former Texas Rangers on a cattle drive to Montana as a four-part, eight-hour saga in 1989, Mr. Wittliff had demonstrated a strong affinity for the outsize mythology and history of Texas. He had also become a prominent cultural figure in Austin.

He and his wife had owned a small press that published books by writers from Texas and other parts of the Southwest. They had also begun a university archive, the Southwestern Writers Collection, filled with manuscripts and artifacts.

And he had written the screenplays for a number of films set in Texas, among them “Raggedy Man” (1981), in which Sissy Spacek played a character based on his mother, who raised her two sons as a small-town telephone switchboard operator.

“I think I was the perfect screenwriter for this,” Mr. Wittliff told Texas Monthly in 1988 during the filming of “Lonesome Dove,” which starred Robert Duvall and Tommy Lee Jones. “The people in the book are all Larry’s people, but I knew them too.”

Although he made changes to Mr. McMurtry’s 843-page book, Mr. Wittliff, in another Texas Monthly interview, in 2010, said he had remained faithful to it — sometimes in the face of resistance. CBS executives once suggested that he cut costs, he said, by creating a plotline in which the cattle would be gone early in the series and not herded all the way to Montana.

Incredulous, Mr. Wittliff made a counteroffer. “Why don’t we just forget the cattle and get a herd of Angora goats?” he recalled telling the executives. After one responded favorably, Mr. Wittliff said, he snapped, “No, that’s a joke.” 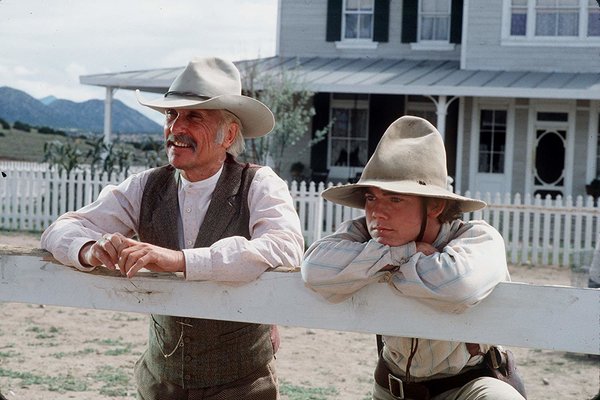 “Lonesome Dove” was one of CBS’s highest-rated programs of the year and won seven Emmy Awards. Mr. Wittliff was nominated for his writing but did not win.

He remained true to his western roots in most of his subsequent screenplays, among them “Legends of the Fall” (1994, with Susan Shilliday), set in early-20th-century Montana and starring Anthony Hopkins and Brad Pitt, and “A Night in Old Mexico” (2014), which starred Mr. Duvall.

But he shifted to the roiling sea with “The Perfect Storm” (2000), adapted from Sebastian Junger’s best-selling nonfiction account of commercial fishermen trapped in a collision of three enormous storm systems in the Atlantic.

“The villain, of course, was the storm,” Mr. Wittliff told Outside magazine in 2000, adding, “I tried to grow the villain from a gust of wind until it was this monster of monsters.”

William Dale Wittliff was born on Jan. 21, 1940, in Taft, Tex. His father, also named William, was a farmer whose alcoholism led his mother, Laura (Sachtleben) Wittliff, to divorce him and raise Bill and his older brother, Jim, on her own. She ran switchboards in Edna and Gregory, Tex., and lived with her sons in the buildings where she worked.

After she remarried, she and her sons moved to a ranch in Blanco, about 50 miles west of Austin.

From childhood, Bill eagerly absorbed stories from his family and from western films. He experienced an epiphany as a teenager when he read “Wild Woman of the Navidad,” a story by the Texas folklorist J. Frank Dobie about a mysterious creature in early-19th-century Texas.

The idea that stories so vivid could emerge from Texas soil electrified his imagination.

Mr. Wittliff graduated from the University of Texas, Austin, in 1963, with a bachelor’s degree in journalism, but he did not begin writing professionally until years later. He got a job as a business and production manager for Southern Methodist University Press in Dallas and started Encino Press with his wife not long after. One of the first books they published was by Mr. Dobie. They closed Encino in the mid-1980s.

Mr. Wittliff’s first screenplay, written in the early 1970s — in longhand (he refused to learn to type) — was “Barbarosa,” based on a story his grandfather had told him, about a farm boy who is on the run after he has killed his brother-in-law and who is guided by an avuncular outcast.

“Barbarosa” was not produced until 1982. In the intervening years he wrote “Thaddeus Rose and Eddie,” a TV movie; rewrote the script for the feature film “The Black Stallion” (1979); and helped write “Honeysuckle Rose” (1980), which starred Willie Nelson. Mr. Nelson composed his hit song “On the Road Again” for the film.

Mr. Nelson would go on to co-star with Gary Busey in “Barbarosa,” and he starred as a wandering preacher in Mr. Wittliff’s only directing credit, “Red Headed Stranger” (1986), which he also wrote, inspired by Mr. Nelson’s 1975 album of the same name.

Mr. Wittliff was also a photographer and a collector. He expanded on his writers’ archive, which houses the papers of Cormac McCarthy, Sandra Cisneros and Sam Shepard, among others, with collections of Southwestern and Mexican photography and Texas music, all at Texas State University in San Marcos, about 30 miles south of Austin.

In 2014 he published his first novel, “The Devil’s Backbone,” about a boy named Papa who searches for his estranged mother in Texas Hill country in the late 19th century. Two more books about Papa followed, in 2016 and 2018.

In addition to his wife, Mr. Wittliff is survived by his daughter, Allison Andrews; his son, Reid; his brother; and four grandchildren.

Mr. Wittliff worked for many years in an old Victorian house in Austin, where the writer O. Henry once lived in a rented room. Local writers like Stephen Harrigan routinely dropped by.

“As a young writer without much of a track record and with three kids and no place to work, he gave me a room to finish my novel ‘Jacob’s Well,’ ” Mr. Harrigan said in a telephone interview.

He added: “He didn’t consciously assume the role of mentor or spirit guide. It was just a natural expression of generosity from him.”