The spectacle of superhero franchises trying to engage women can be amusing when it’s not insulting, pandering or straight-up weird. “Dark Phoenix,” the 12th installment in the “X-Men” franchise, certainly tries to do right, but the strain shows. It has a female-driven story but odd ideas about empowerment. On the plus side it has Jessica Chastain playing an otherworldly creature who opens a portal to another dimension and a better movie. She keeps you watching even if at times the director, Simon Kinberg, seems more into her risibly high heels.

Now almost two decades old, the “X-Men” series kicked off in 2000, making it a few years younger than Sophie Turner, the new movie’s uneasy lead performer. Since then, assorted directors and actors have come and gone amid period shifts, sudsy melodrama, knockdown fights and corporate changeovers. (This is likely to be the last “X-Men” from Fox, which has been absorbed by Disney, Marvel’s owner.) The foundational premise remains intact, though, and involves powerful mutants who struggle with identity and an often skeptical, predictably violent world.

The new movie again features a young, uneven cast that slides off the screen when sharing it with the more seasoned players, most notably Michael Fassbender (as Magneto, a role originated by Ian McKellen) and James McAvoy (as Professor X, formerly played by Patrick Stewart). “Dark Phoenix” narrows in on the young Jean Grey (Turner), a mutant whose mind-and-matter-altering powers get a mysterious boost. Her enhanced wattage disrupts her life at Professor X’s school for mutants, leading to misadventures, tight jaws, unpersuasive angst and a showdown with her past (elevated by the actor Scott Shepherd). 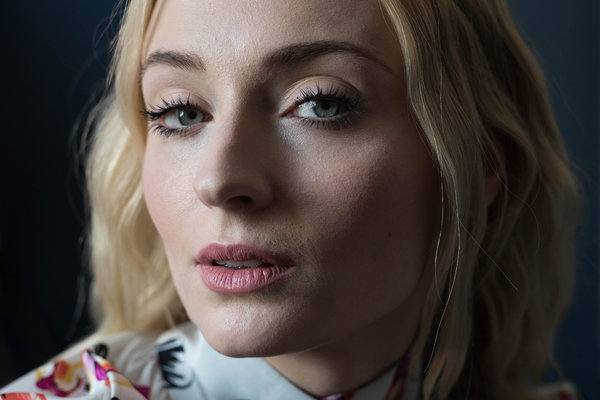 The role is an unfortunately bad fit for Turner, who receives no help from Kinberg. She looks comfy in midair, but can’t fill in the character with the necessary nuances and mood changes. During her long tenure on the HBO show “Game of Thrones,” on which she played Sansa Stark, a royal pain turned leader, Turner learned how to let emotion seep through her mask-like hauteur. She wears a less interesting mask here that, even when damp with tears and fissured by glowing cracks, remains unproductively opaque. (Her indestructible makeup doesn’t help.)

Most of the other actors are weak or worse, including Jennifer Lawrence, whose flat line readings (as Raven) suggest she was over the series before this movie began shooting. By contrast — and bless us every one — Fassbender pulls a Hamlet for his thin role. Stalking about in mood-enhancing black, he wraps himself in a brooding heaviness that serves both his character and a series that always insists to thine own self be true. Every time he’s onscreen, you want to keep watching that movie.

With charisma, craft and technique — with a flick of the wrist, a turn of the head, a perfectly timed pause, an uncanny gaze — Fassbender builds a dimensional character out of the super-slim pickings. For her part, Chastain has said she drew inspiration from Tilda Swinton to create the character. That’s amusingly obvious from the moment she assumes an eerie Kabuki-like visage, framed by a curtain of white-blond hair and wearing a faraway look that suggests she’s just arrived from a better, more beautiful reality than yours. Like Fassbender, she shows you the movie that should have been.

Despite Chastain, the direct appeals to women in “Dark Phoenix” are as embarrassing as they are in the recent “Avengers.” At one point, Raven tells Professor X that he should consider renaming the X-Men the X-Women because “the women are always saving the men around here.” It’s a cringing moment, and not only because Lawrence doesn’t bother to sell the line. She doesn’t sound convinced, so why should you be? And while Kinberg tries to put a feminist spin on Jean’s story, Magneto and Professor X remain the heavyweights, a disparity that’s highlighted by the performances.

Kinberg does better when he goes big, which suits this franchise delivery system. For the most part he just moves characters from point A to B, pausing for face-to-face heart to hearts before the next blowout. But the mayhem is generally coherent and executed with clean, crisp special effects, even if Kinberg settles for slo-mo clichés. There’s a nice night scene with a barking dog that he invests with real menace. Better yet is the peek at the sylvan commune where Magneto and his crew have gone off the grid (or something), which after all the generic stress and storm looks mighty inviting.

Manohla Dargis has been the co-chief film critic since 2004. She started writing about movies professionally in 1987 while earning her M.A. in cinema studies at New York University, and her work has been anthologized in several books. @ManohlaDargis • Facebook