So much for a reunion with John Cena and The Rock 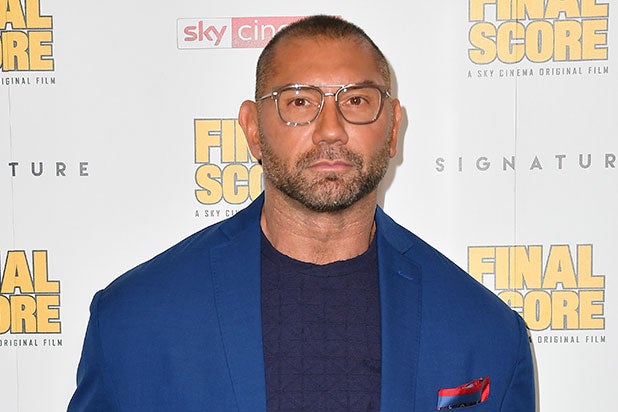 If there were any “Fast & Furious” or WWE fans hoping to see Dave Bautista share the screen with The Rock and John Cena, the retired wrestler-turned-actor has some bad news for you.

On Twitter, Bautista responded to a tweet suggesting that Cena and Dwayne Johnson might star in a “Fast & Furious” spinoff together in the future. After all, Johnson will get such a spinoff later this summer with “Hobbs and Shaw,” while Cena has just starting shooting on “Fast & Furious 9,” which will come out in 2020.

But when the fan suggested he play the villain in a hypothetical Rock/Cena spinoff, Bautista quickly shut that down with a tweet that featured two puke emojis, a sarcastic “thank you for your consideration,” and the hashtag #idratherdogoodfilms.

So what is on Bautista’s film slate? Later this summer he will appear in two STX action-comedies: “Stuber” in July and “My Spy” in August. On the more dramatic side, he will reunite with “Blade Runner 2049” director Denis Villeneuve for a 2020 film adaptation of Frank Herbert’s sci-fi classic “Dune” alongside a stacked cast including Zendaya, Rebecca Ferguson, Stellan Skarsgård, Jason Momoa and Timothee Chalamet.

And, of course, he will return to the Marvel Cinematic Universe in the James Gunn-directed “Guardians of the Galaxy Vol. 3,” which does not have a release date yet. Gunn was removed from the project for a time for crude jokes he made on Twitter years ago. Bautista was Gunn’s staunchest defender, saying it would be “nauseating” to work on any more “Guardians” films without Gunn in the director’s chair.