Nonfiction films have their own free screening area, but they also make up 25% of the Academy’s paid online area devoted to best-pic hopefuls 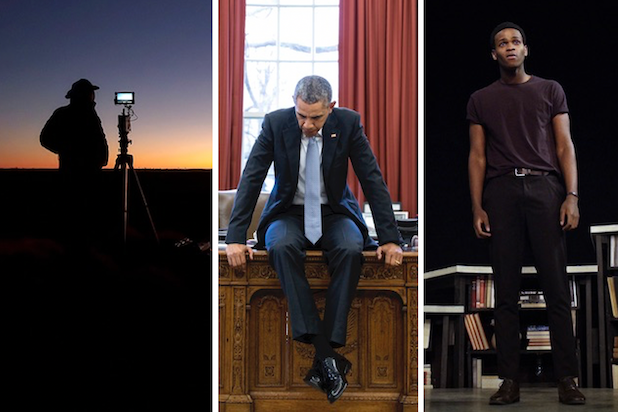 If you were to look at the members-only screening room where films in contention for the Academy Award for Best Picture stream for voters, you might think that documentaries are going to do very well in the Oscars top category this year.

As of Dec. 7, there were 104 films in the Academy Screening Room for the Best Picture category, 26 of which were documentaries. That’s a full 25% of the field, which seems to suggest that nonfiction filmmakers and the companies that release them are optimistic that Oscar voters will recognize docs when they vote this year. After all, it costs $12,500 to put a film in that screening room — and all 26 docs that paid the cost to be there are also in the separate screening room available to the Academy’s Documentary Branch. Spots in that screening room are free for any film that qualifies in the Best Documentary Feature category.

Common sense, then, would suggest that there’s no need to pay $12.5K to be in the Best Picture area if you’re only really a contender in the documentary category. But in the 92-year history of the Oscars, no documentary has ever been nominated for Best Picture.

Three animated films have made the cut, as have 12 foreign-language films (including last year’s winner, “Parasite”), but not a single nonfiction film has ever been nominated for Best Picture or Best Director.

So why are so many docs apparently gunning for the top prize? In many cases, according to Oscar strategists and others with knowledge of the discussions, companies are bowing to pressure from filmmakers, who wish to have their movies shown in the highest-profile arena. “Once one person does it, they all follow suit,” one strategist said.

“Most of the people who are paying to be on that platform know they’re not really going for Best Picture,” another said. “But that’s the best screening room to be in, and the companies have the money to put you there.”

It doesn’t hurt that, in many cases, the studios footing the bill are streaming companies like Netflix and Amazon, which have an increasingly large share of the documentary market and are willing to spend lots of money. Of the 26 docs in the best-pic screening room, eight come from Netflix, two from Amazon, one from Apple TV and one from Hulu. Other companies include HBO and Sony Pictures Classics, with two each, as well as Showtime, Starz, Magnolia and National Geographic.

If the chances that any of them land a best-pic nomination are slim, placement in the main screening room does give the films a slightly higher profile in what has been a wide-open and robust race for Best Documentary Feature. Another 36 feature films were added to the doc branch’s screening area in early December, bringing the total of features available to 122, with the Academy promising that an additional batch will arrive before the holidays.

December’s new entries included such high-profile films as “Assassins,” “Beastie Boys Story,” “Belushi,” “Desert One,” “Fireball: Visitors From Darker Worlds,” “I Am Greta,” “The Reason I Jump,” “Totally Under Control” and “Us Kids.”

While there is no clear favorite, some films are beginning to rise to the top of the field, judging by nominations in the top categories at the International Documentary Association’s IDA Documentary Awards, the Critics Choice Documentary Awards and the Gotham Awards, and DOC NYC’s Short List of likely awards films. (Another major award for nonfiction films, the Cinema Eye Honors, will announce additional nominees on Thursday.)

So far, Garrett Bradley’s “Time” is the only film to be singled out by four groups, with “Crip Camp,” “Gunda,” “76 Days” and “Welcome to Chechnya” being recognized by three. Films with two appearances on those lists are “Boys State,” “City Hall,” “Collective,” “Dick Johnson Is Dead,” “The Fight,” “MLK/FBI,” “The Social Dilemma,” “A Thousand Cuts” and “The Truffle Hunters.”

“Acasa, My Home”
“Aggie”
“All I Can Say”
“All In: The Fight for Democracy” *
“Apocalypse ’45”
“Assassins” *
“Athlete A” *
“Be Water”
“Beastie Boys Story”
“Becoming”
“Bedlam”
“Belly of the Beast”
“Belushi”
“Beyond the Visible: Hilma Af Klint”
“Billie”
“Black Boys”
“Bloody Nose, Empty Pockets”
“Boys State”
“Bully. Coward. Victim. The Story of Roy Cohn”
“Capital in the Twenty-First Century”
“Childhood 2.0”
“Circus of Books”
“Coded Bias”
“Collective” *
“Colombia in My Arms”
“Coming Clean”
“Coronation”
“Created Equal: Clarence Thomas in His Own Words”
“Crip Camp” *
“Dads”
“Dave Grusin: Not Enough Time”
“David Attenborough: A Life on Our Planet”
“Descent”
“Desert One”
“Dick Johnson Is Dead” *
“Disclosure” *
“The Dissident” *
“The Dog Doc”
“The Donut King”
“Elementa”
“Epicentro”
“Erased, ____ Ascent of the Individual”
“Escape From Extinction”
“Everybody Flies”
“F11 and Be There”
“Fandango at the Wall”
“Father Soldier Son”
“Feels Good Man”
“The Fight” *
“Find Your Groove”
“Fireball: Visitors From Darker Worlds” *
“Flannery”
“For They Know Not What They Do”
“The Ghost of Peter Sellers”
“Giving Voice” *
“The Go-Go’s”
“Gordon Lightfoot: If You Could Read My Mind”
“Harry Chapin: When in Doubt, Do Something”
“House of Cardin”
“The Human Factor” *
“I Am Greta” *
“iHuman”
“Indian Space Dreams”
“Irmi”
“The Infiltrators”
“Jimmy Carter: Rock & Roll President”
“John Lewis: Good Trouble” *
“Kate Nash: Underestimate the Girl”
“A Kid from Coney Island”
“Kingdom of Silence” *
“Kiss the Ground” *
“Lance”
“Life Is Deadly”
“The Lost Paradise”
“Love Child”
“Mayor”
“Miss Americana” *
“The Mole Agent”
“A Most Beautiful Thing”
“Mucho Mucho Amor: The Legend of Walter Mercado”
“My Darling Vivian”
“My Octopus Teacher”
“Oliver Sacks: His Own Life”
“Olympia”
“On the Record” *
“Once Were Brothers: Robbie Robertson and the Band”
“Our Time Machine”
“Pahokee”
“The Painter and the Thief”
“Planet of the Humans”
“The Pollinators”
“The Power of Movement”
“Queen of Hearts: Audrey Flack”
“The Reason I Jump”
“Rebuilding Paradise” *
“Red Penguins”
“Rewind”
“Ringside”
“Rising Phoenix”
“River City Drumbeat”
“River Tales”
“Searching for Mr. Rugoff” *
“Slay the Dragon”
“The Social Dilemma” *
“Softie”
“Songs of Repression”
“Spaceship Earth”
“Stars and Strife” *
“A Thousand Cuts”
“Through the Night”
“Time” *
“Totally Under Control”
“The Truffle Hunters” *
“Us Kids”
“The Way I See It” *
“WBCN and the American Revolution”
“We Are the Radical Monarchs”
“We Don’t Deserve Dogs”
“Welcome to Chechnya” *
“Wild Daze”
“You Cannot Kill David Arquette”
“Yusuf Hawkins: Storm Over Brooklyn”