After nearly 30 years, fans of Hocus Pocus will finally get to spend time with the Sanderson sisters once again when Hocus Pocus 2 comes to Disney Plus on September 30. Like the original 1993 movie, the sequel is about the three Sanderson witches—Winifred (Bette Midler), Mary (Kathy Najimy), and Sarah (Sarah Jessica Parker)—being summoned into modern times by teens in Salem, Massachusetts. The “We’re back, witches” tagline truly says it all.

But, are the Hocus Pocus films *really* shot in Salem, or is there some sort of movie magic going on? Well, turns out, Hocus Pocus fans can visit some of the spooky filming locations in the historic town after all.

When it comes to the first movie, some of the production took place on location in Salem, while other scenes were shot around studios in California. And as for Hocus Pocus 2, a lot of the production was actually done in Rhode Island, where sets were built and streets were made to mimic those in Salem. There were also reshoots done in New York City.

But if you want to get some spooky, witchy vibes on your travel itinerary, fear not, because there are a few Hocus Pocus filming locations from the first movie that you can check out IRL. So whatcha waiting for? Read up on the below spots and get to planning that trip! 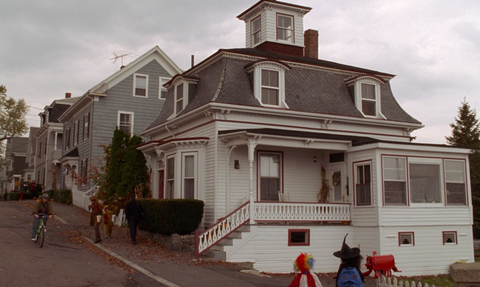 Teenager Max (Omri Katz) and his little sister Dani (Thora Birch) spend the movie trying to flee the Sandersons after Max accidentally brings them into modern times. The exterior of their house was filmed at 4 Ocean Avenue in Salem. The house is a private residence IRL, but fans can see the outside if they’re walking by.

“It’s inundated with visitors, and I feel very badly for [the residents] because not everybody minds their manners,” said Katie Fox, the executive director of Destination Salem, to Boston.com in 2018. “They’re really good sports about it, to a point. But people walk right up onto their porch or leave trash in their yard. It’s very disrespectful.” 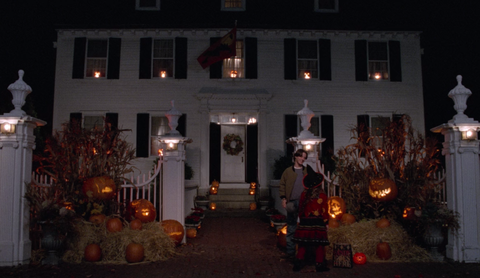 Max’s crush Allison (Vinessa Shaw) also joined Max and Dani on their mission. The exterior of her house is the Ropes Mansion at 318 Essex Street in Salem. According to Roadtrippers, the mansion is owned by the Peabody Essex Museum and tourists can enjoy the garden at the location. 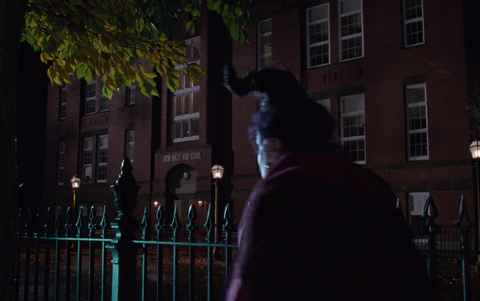 The building used for Max and Allison’s school is Phillips Elementary School at 56 South Washington Square, which is also in Salem. According to Boston.com, it hasn’t been used as a school since 1992 and is now apartment units. 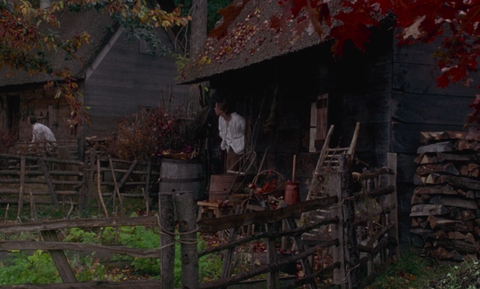 The set for Salem in the late 1690s in the movie was Pioneer Village, a tourist attraction that shows Salem as it was in the 17th century. It was constructed in 1930 when it became the first living history museum in the U.S. It’s located at 98 West Avenue in Salem and admission is $5. 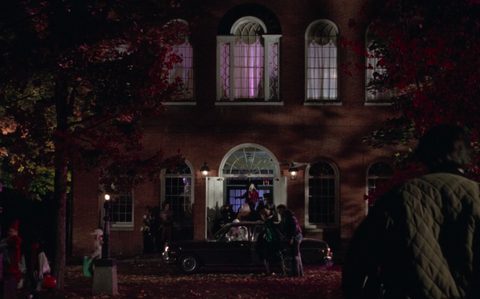 In the film, Salem’s Halloween party is held at Old Town Hall, which, in real life, used to serve as a government building, but is now used for cultural events and can be rented out, according to the Salem website. 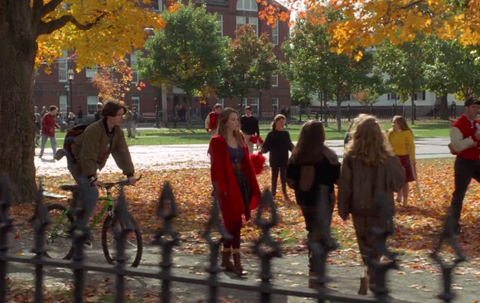 According to Salem.org, some of the outdoor scenes in the movie were filmed at Salem Common, a park in downtown Salem that has been around since the 17th century. A Halloween event called Haunted Happenings is held in the park each year, which features movie screenings, and of course, Hocus Pocus is often shown. 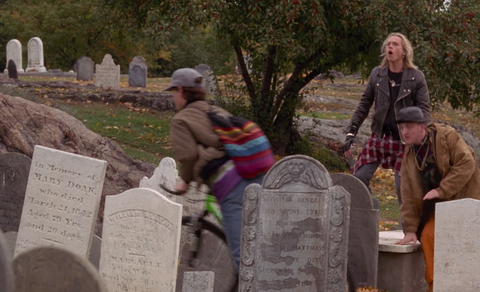 The daytime cemetery scenes in Hocus Pocus were not actually filmed in Salem, but instead at Old Burial Hill cemetery in Marblehead, Massachusetts, according to Salem.org. But, it’s not very far from the other locations—only about five miles outside of Salem.