Nearly four years after the first claims against Harvey Weinstein made their way into the court system, some of the many women who sued him on sexual assault and harassment grounds may be close to getting financial compensation.

On Monday, a bankruptcy court judge in Delaware confirmed the settlement deal, clearing the way for dozens of women who say they were sexually assaulted or harassed by Mr. Weinstein to receive a portion of the $17 million victims fund, largely by ending their civil claims against him.

“Eighty-three percent of the victims have expressed very loudly that they want closure through acceptance of this plan,” the bankruptcy judge, Mary F. Walrath, said in a hearing. Nearly 40 women voted last month to accept the terms of the settlement, which would allow their claims to be evaluated and paid out using a point system, potentially putting an end to a lengthy and anguishing process to determine how the numerous women who accused Mr. Weinstein of misconduct might find restitution.

Mr. Weinstein, 68, was sentenced last March to 23 years in prison after being convicted of rape and another felony sex crime in a criminal trial in New York.

“My clients are so relieved,” said Genie Harrison, a lawyer who represents five women who voted to be part of the settlement. “They wanted an outcome, not another promise of years of additional litigation, with them being the targets — and that’s the way cases like this are.” Some women could stand to receive five-figure payouts from the fund, which was set aside — and then whittled down — as part of a liquidation plan after the Weinstein Company filed for bankruptcy in 2018.

Lawyers for the Weinstein Company did not respond to emails and voice messages.

While they can still sue Mr. Weinstein, all parties who agree to the deal are required to release the Weinstein Company, its directors and executives, including Bob Weinstein, Harvey’s brother and a company co-founder, from any liability.

Some of the women who declined to join the settlement said they were upset that it released the Weinstein Company and Bob Weinstein from liability. Several have previously charged in court papers that the company and Mr. Weinstein’s brother were negligent and knew of Harvey Weinstein’s predatory behavior.

“My goal was to hold Bob Weinstein and the board of directors accountable, as well as the perpetrator,” said Dominique Huett, who accused Harvey Weinstein in a 2017 civil suit — the first filed against him after women began to come forward with accusations of sexual misconduct — of forcibly performing oral sex on her in a Los Angeles hotel room in 2010. She opposed the settlement deal. “Everyone was let out of any liability,” she said. 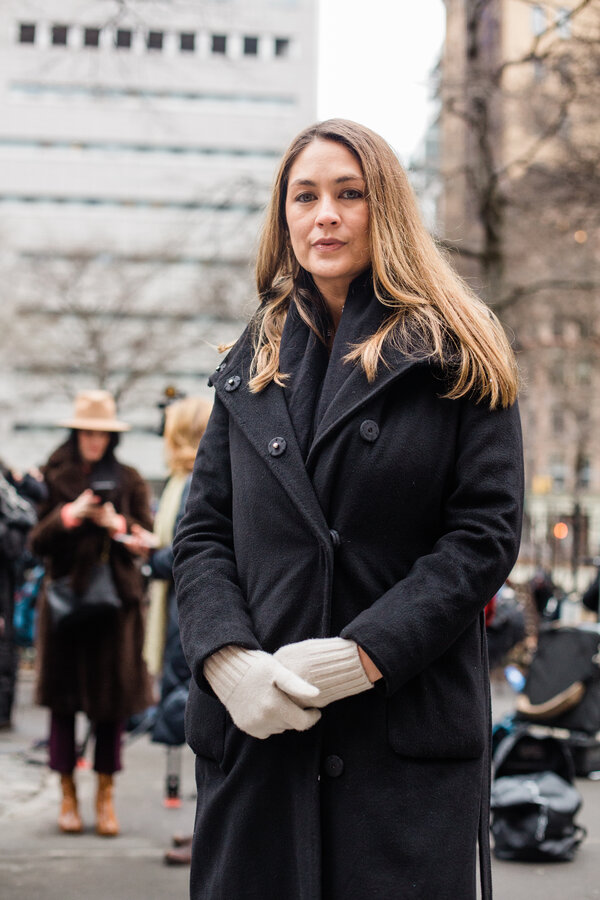 Lawyers for Ms. Huett, a model, actress and gender equality activist, and a handful of other women who voted against the settlement, said they are considering appeal. They do not wish to bar any survivors from participating in the deal, they said, but have also objected to the grouping of women with allegations of rape, and whose cases are within the statute of limitations, alongside people who say they experienced harassment years ago.

The victims should have been divided into classes depending on the severity of their allegations, said Thomas P. Giuffra, a lawyer involved in the case. Otherwise, “somebody who’s been raped has the same vote as somebody who, Harvey Weinstein screamed in their face,” which the producer was known to do regularly, to men and women.

Mr. Giuffra’s client, Alexandra Canosa, whose suit accused Weinstein of raping her, was in the midst of a nine-hour deposition in her case when the bankruptcy court ruling came down, he said. A deposition for Bob Weinstein was scheduled for Wednesday, but the district judge in the case canceled it, asking that Ms. Canosa make an immediate decision about whether to join the settlement, Mr. Giuffra said, a fast turnaround that he called “frankly shocking to all of us.”

Mr. Giuffra said that, as of now, his client would not take part in the settlement, in part because its outcome is still unclear. “She doesn’t know what she’s getting and she won’t know until she goes through the claims process,” he said. “How can you say you’ll accept something before you know what that something is?”

Beth Fegan, a lawyer for several women who supported the settlement, said in a statement that Mr. Weinstein “caused irremediable harm with his decades-long, predatory sexual abuse.” The fund allows her clients, Louisette Geiss, Sarah Ann Masse and Melissa Thompson, to “apply for meaningful monetary compensation for their injuries in a confidential process.”

A prior class action settlement in the cases brought by women against Mr. Weinstein was rejected by a federal judge in New York last summer. The current plan is separate and part of a larger bankruptcy proceeding for the Weinstein Company. The $35.2 million total bankruptcy settlement will be covered entirely by insurers: $17 million will go to the sexual misconduct claims fund, $8.4 million to other creditors, and $9.7 million to cover half of the defense costs through April, 2019.

Imran H. Ansari, a lawyer for Harvey Weinstein, said a substantive difference between the two plans was that the current one allows a plaintiff to collect some funds and still sue Harvey Weinstein.

“That would be a fool’s errand, because his financial state is not great,” Mr. Ansari said. “This is the most sure bet to get some compensation, if they have a claim.”

Mr. Weinstein has maintained that all his sexual encounters were consensual. He is awaiting extradition for another criminal trial in Los Angeles on multiple counts of sexual felonies.

The disgraced former producer also faces separate civil suits from the actors Rose McGowan and Ashley Judd, who were not part of the settlement. Ms. McGowan is suing Mr. Weinstein, several of his lawyers and the intelligence agency Black Cube for fraud, and Ms. Judd is suing him for retaliation, defamation, unfair business practices and sexual harassment.

In the settlement, the Weinstein Company does not accept any liability for Mr. Weinstein’s conduct.

Kenneth R. Feinberg, a veteran mediator who administered the $7.1 billion September 11th Victim Compensation Fund, said it was standard for a settlement agreement to include the stipulation that participants give up their right to pursue further legal action.

“That was the trade-off,” Mr. Feinberg said. “You don’t have to take money, and if you do take it, you sign a release saying you won’t sue others.”

Since The New York Times and The New Yorker published accounts of Mr. Weinstein’s sexual misconduct in October 2017, touching off the #MeToo movement, almost 100 women have come forward with allegations against him. Some did not pursue legal action, in part because their encounters were outside the statute of limitations.

Despite disagreement over whether the settlement represents the best outcome, lawyers for several of the women said it was a hard-won reckoning for all of them. The women who came forward with long-held secrets “fought for themselves and they fought to support one another and the other survivors,” said Ms. Harrison, one of the lawyers. “They have achieved something remarkable.”